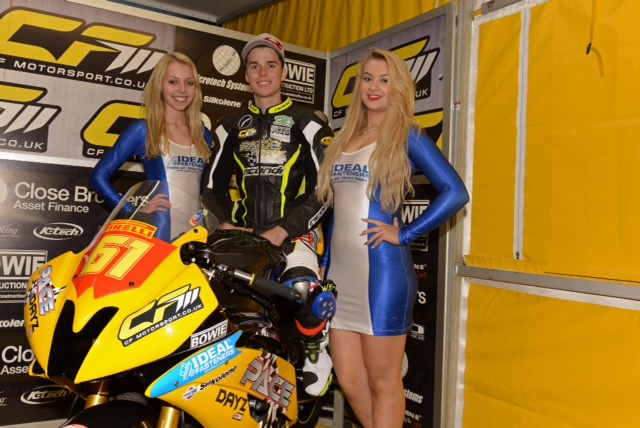 IN his third season on the British Superbikes circuit, Glengarry motorcyclist Ben Currie has secured his first podium finish.

Riding for his new team CF Motorsport, Currie ran second in round one of the BSB support class Pirelli National Superstock 600 series at Donington Park this month.

Last season Currie’s promise began to show with a breakout second place finish at Assen, Holland in a wildcard ride.

The Donington Park result is a huge milestone for the up and comer, who only began road racing in 2012.

“It’s been a great start to the season for myself and the team,” Currie said.

“We have taken solid points away from the first round, which was the plan, and secured my first ever podium which is fantastic.

“I have lots to work on in myself to be ready to fight even harder at the next round but all in all it’s been a great effort from the entire Pacedayz Trackdays team, so a huge thanks to them and to all my sponsors for making this result possible.”

Round two of the British Supersport and National Superstock 600cc Championships will take place at Brands Hatch this weekend.