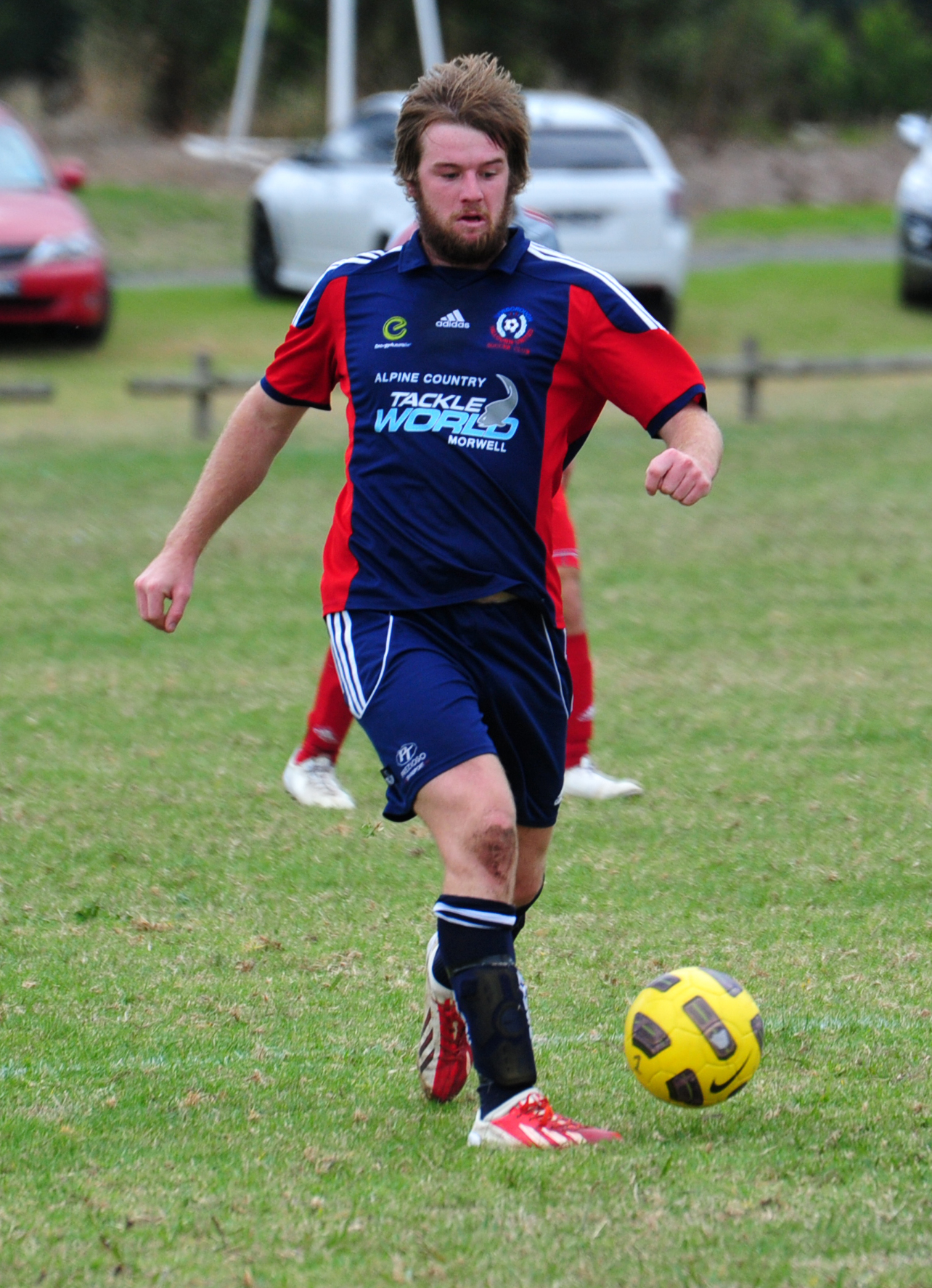 NEWBOROUGH Yallourn United made Gippsland Soccer League history in its 3-2 victory over Trafalgar at Burrage reserve on Sunday, when it fielded four sets of brothers in the senior line-up.

Shannon and Luke Buhagiar, Adam and Andrew Batt, Jayden and Justin Mathison, and Mark and Dylan Fairbrother united to help the Combine sneak home against Victory.

NYU started the game well with early goals to the Fairbrothers.

After half-time Trafalgar began to take control of the midfield and scored from a free kick early in the half.

The rest of the game was a hard fought battle with both teams scoring once more each, ensuring the home side took all three points.

A RED card early in the second half gave Sale the momentum as the Swans cruised to an 8-2 drubbing of Monash at Godfrey Baldwin Reserve.

The Swans took the lead through captain Ash Ross who saw his initial effort closed down before finishing at the second opportunity.

Sale had yet to concede this season and almost did when young winger Bryce Robinson saw his effort go inches wide with the keeper beaten.

Monash was able to draw level through Ty Christy, who powered through the defence and finished clinically.

The half ended on an unfortunate note when Sale’s Travis Patterson broke his leg in a 50/50 challenge.

With the extended half-time break Sale came out with renewed vigour after the interval.

Within minutes Monash was reduced to 10 men after Ross and Shawn Lawrence tussled for the ball near goal, with the referee adjudging the Monash player to have brought his opponent down to deny a goal-scoring opportunity.

The Wolves had to reshuffle and the home side capitalised with another goal, before Nguyen added a third shortly after.

Ross was a constant threat.

His powerful running through midfield crafting opportunities constantly and Sale grabbed two more before the midway point of the half.

Monash was able to grab a consolation goal through Marcus Krznaric before Sale piled on another three to run out 8-2 winners.

FALCONS and Fortuna shared the points in the opening leg of the Italian-Australian Club Cup, following a 2-2 draw at Latrobe City Sports Stadium.

The Birds came in as firm favourite on form, but as usual Fortuna rose to the occasion on derby day.

Scores were locked 0-0 at half-time, before a barrage of goals in the second half saw the spoils shared in a fiery match which saw five yellow cards produced.

Hayden Tanti netted a double for Fortuna, while Jesse Kennedy and Gianni Salvatore scored for the home side.

THE 2013 golden boot winner Ash Birrell continues to pile on the goals in season 2015, with a bag of four in Moe’s 7-0 drubbing of Olympians.

Lee Dastey, Sam Gatpan and 2014 best and fairest Marc Mchallam added the icing on the cake with a goal each.

The win moved the Red Devils to the top of the ladder, equal on points with Sale, but with a superior goal differential by three.

TYERS SC scored its first senior victory since round seven 2013 in style on Sunday, dismissing Morwell Pegasus 4-1 at Ronald Reserve on Sunday.

Pegasus squandered a host of chances early on and Tyers capitalised on the host’s lack of efficiency through Jake Budija in a flowing attacking raid.

Leading 1-0 at the break, the Lightning doubled its lead in the second half when a spiralling high ball threaded the needle between Leon Cook’s outstretched fingers and the crossbar to cross the line for a speculative goal.

Tyers continued to press allowing Budija to complete his hat-trick before full-time.

Pegasus’ only joy for the afternoon was a stellar free kick goal from Alradi Ismail.

It was a Fidelisi goal-fest, as Pius and Fredy netted twice each.