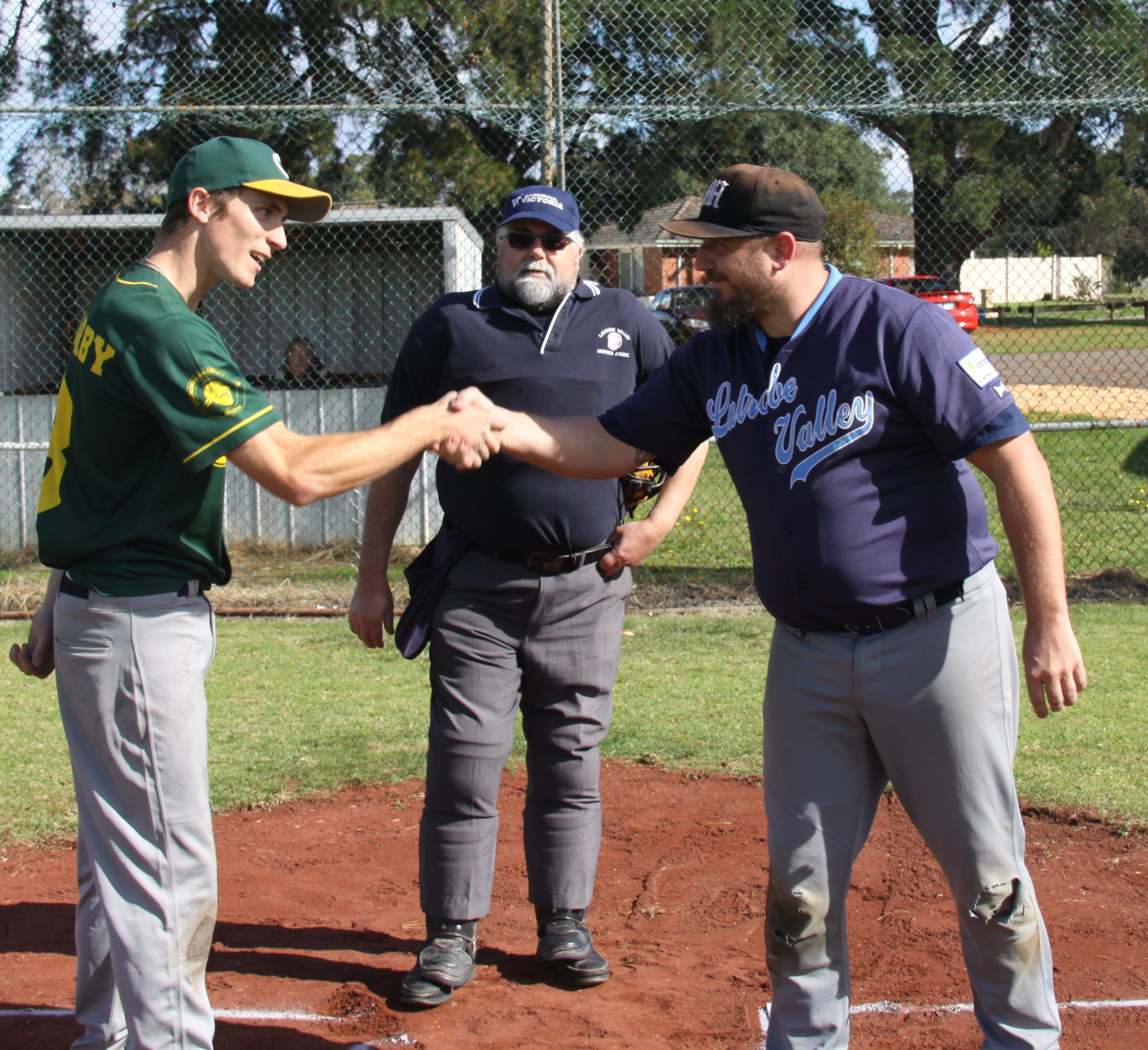 THE debut of South Gippsland Miners highlighted round one of Latrobe Valley Baseball Association at the weekend, when the newcomer tackled Churchill.

The club has recently been built from the ground up and will be based at Leongatha.

The Miners travelled to Churchill for the opening match and with both teams excited to begin, the first pitch was thrown by Miners club president Barry Cocks to start the 2015 season.

The game started with the Miners scoring two runs in the first inning after a double from Jeremy Katz, then a single to Tim Katz and John Long.

It was a long day for the Miners thereafter, who were unable to add to their first inning tally.

The Braves answered in the bottom of the first with Tim Bellerby reaching base via a single before Mat Prior and Andrew Curry received walks to load the bases.

Churchill ultimately scored two to even the ledger. The second inning was scoreless for both sides and Bellerby shut out the Miners in the third, but the Braves bats awoke, going through the entire order and scoring seven runs.

Miserly pitching from Bellerby, Prior and Jason Barnes kept the Miners from scoring again, but they did get some hits and had runners on base.

The Braves scored three more runs to end the game 12-2. Jeremy Katz had two hits for the Miners and Cameron Cooen had three for the Braves in an entertaining opening game for the year.

In other matches, Traralgon went out hard against Sale scoring in five of the seven innings to start the premiership defence with a 15-5 win.

Scoring was rife in the Morwell versus Moe Newborough match, but the latter had the best of it and won 19-8.