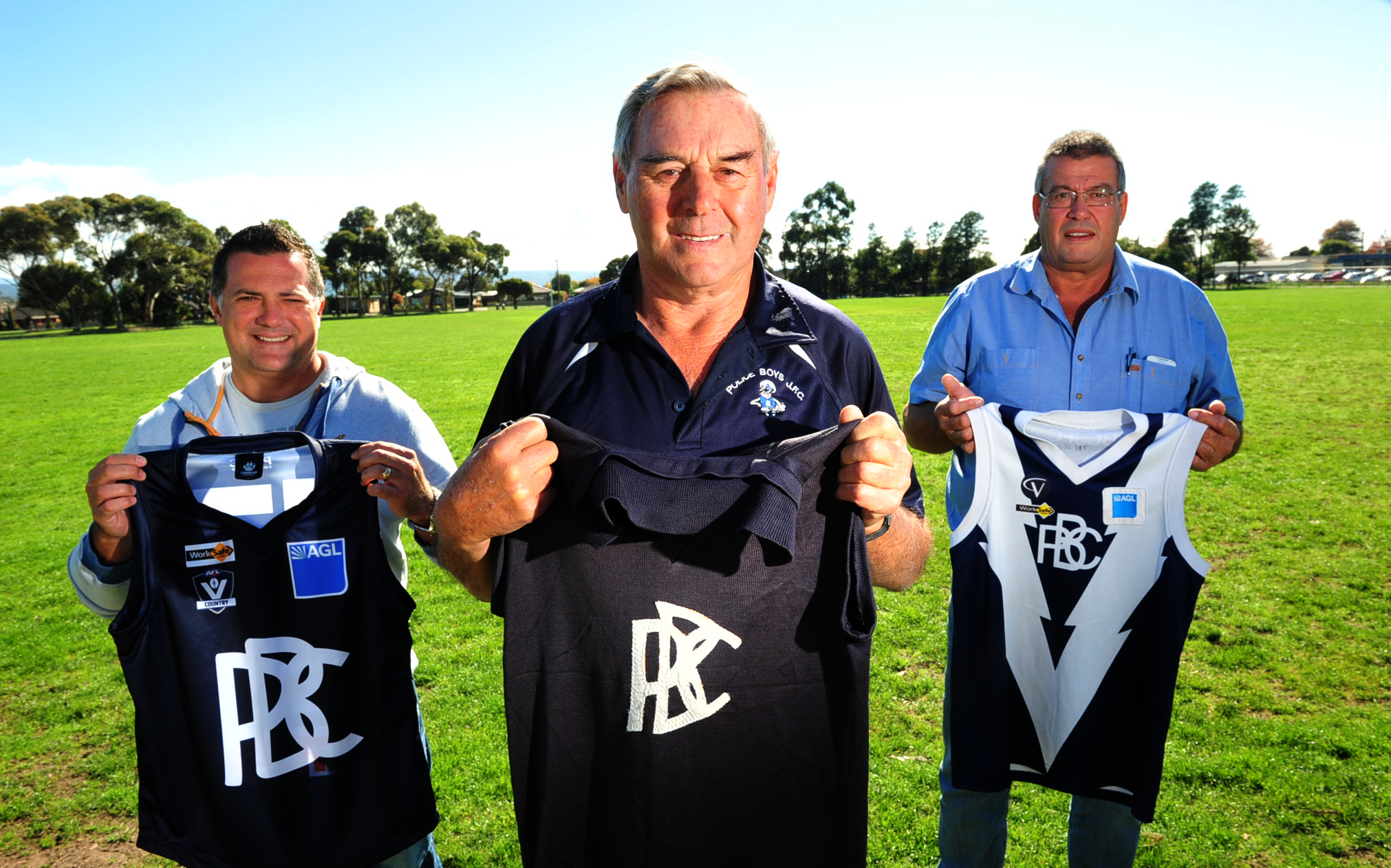 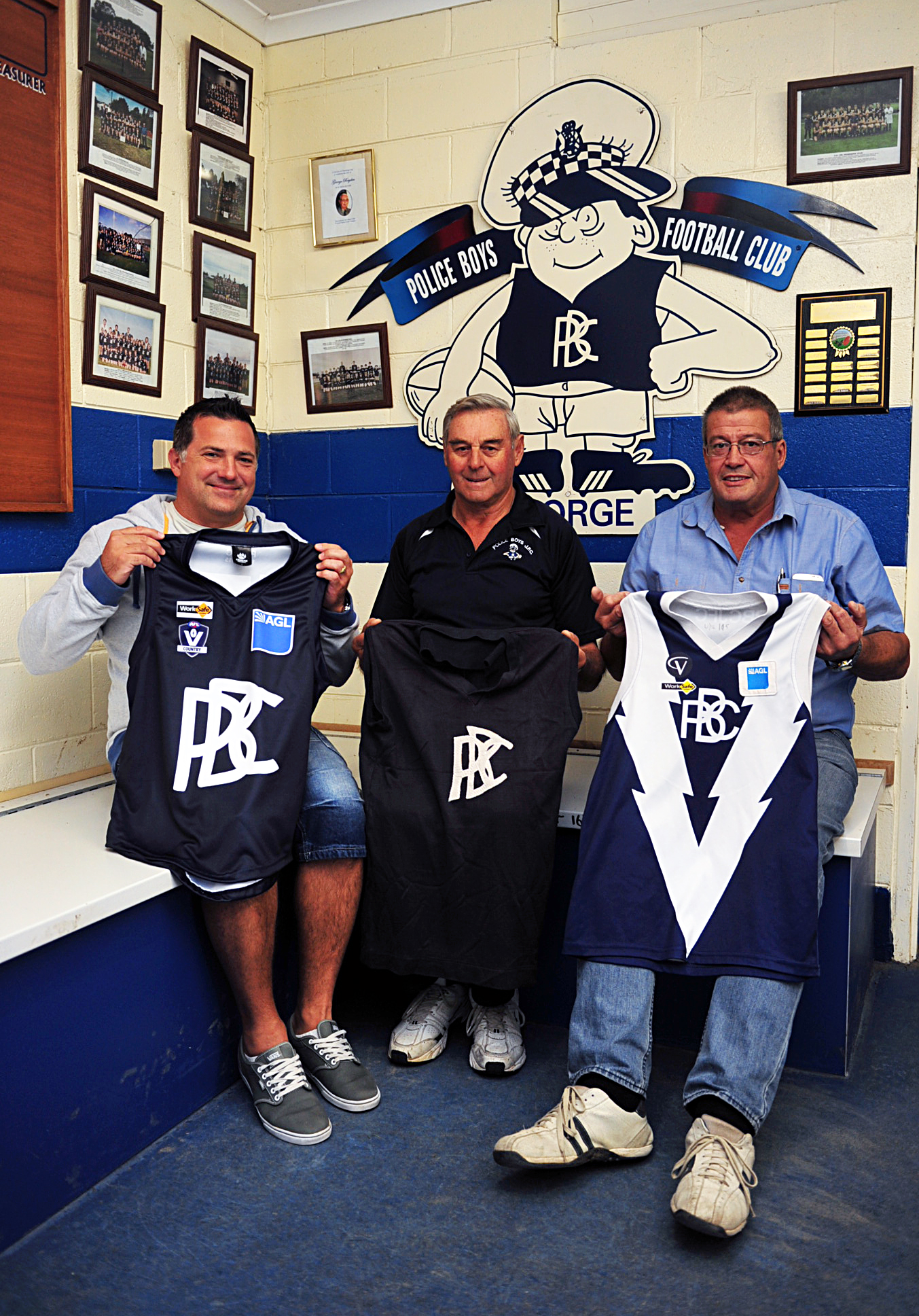 WHEN former policeman George Bryden (dec) established the Police Boys Junior Football Club in 1955, his vision was to keep local children out of trouble through Aussie Rules.

In the decades that followed the Traralgon and District Junior Football League founding member saw his dream become reality, and so much more along the way.

Police Boys’ under 16s won the premiership in their inaugural season, and the club has enjoyed several eras of success throughout its 60-year history, a milestone it will celebrate on Saturday.

The club will stage its 60th anniversary on Anzac Day at Traralgon Recreation Reserve, still following in the footsteps of its founder, who maintains pride of place as mascot ‘George’.

Preserving tradition, current club president Andrew Korybutiak is an active member of the police force and said the family friendly spirit had endured from inception to present day.

“I’ve got my kids here, the whole idea is we’re keeping that family tradition (and) family environment, getting the kids out, having a run, making new friends and keeping that vibe within the club,” Korybutiak said.

“It’s great to see families get behind their kids, bring them here to training and games and the support they show, the commitment of the committee members and those in the background that continue the tradition of the club.”

One man who embodies the Police Boys spirit is life member Bill Bishop, a leading contributor to the club’s proud past.

Bishop coached Police Boys under 10 sides for 25 consecutive years between 1979 (the age group’s first season at the club) and 2003, winning about six flags through his tenure.

He saw AFL players such as Rick Kennedy come through their juniors, and coached current TTU coach and former Essendon player Jay Neagle in his formative years.

The ex-coach said he was now seeing the children of people he coached in ’79 beginning to come through the ranks, perpetuating family tradition.

“People I coached in 1979, their kids have come through now. Jason Chambers was in my first team, and Jason’s kids are playing now,” Bishop said.

“It is tradition… people will keep bringing their kids back here, because they played here.”

Among the Police Boys’ proudest achievement was the construction of the clubrooms at Apex Park in the late 1990s.

Officially opened by life member Rudy Roodenrys in 1998, the clubrooms were symbolic of the dedication displayed by members, volunteers, sponsors and townspeople.

“That was quite a good achievement for the club and there’s not many junior clubs that have got their own clubrooms, and we’ve got a canteen that we built at the front of it as well,” Roodenrys said.

“The kids now… they’ve got their own storage areas and their own hooks and all that, just like professional footballers – the kids like that as well.”

Other mementos from the club’s past will feature this Saturday at the celebration. Club memorabilia, including premiership flags, heritage jerseys and historical books documenting Police Boys JFC’s history – largely compiled by Bryden himself – will be on display throughout Saturday’s festivities.

The celebrations will kick off from 9am with the under 10s game, as Police Boys clash with traditional Anzac Day rival Southside.

A social function will follow the day’s under 10, 12, 14 and 16s matches from 6pm at the Traralgon Recreation Reserve clubrooms.

Cost is $20 per person which includes a meal and refreshments.

The function is open to the public, and all past players and members of the club are invited to attend.