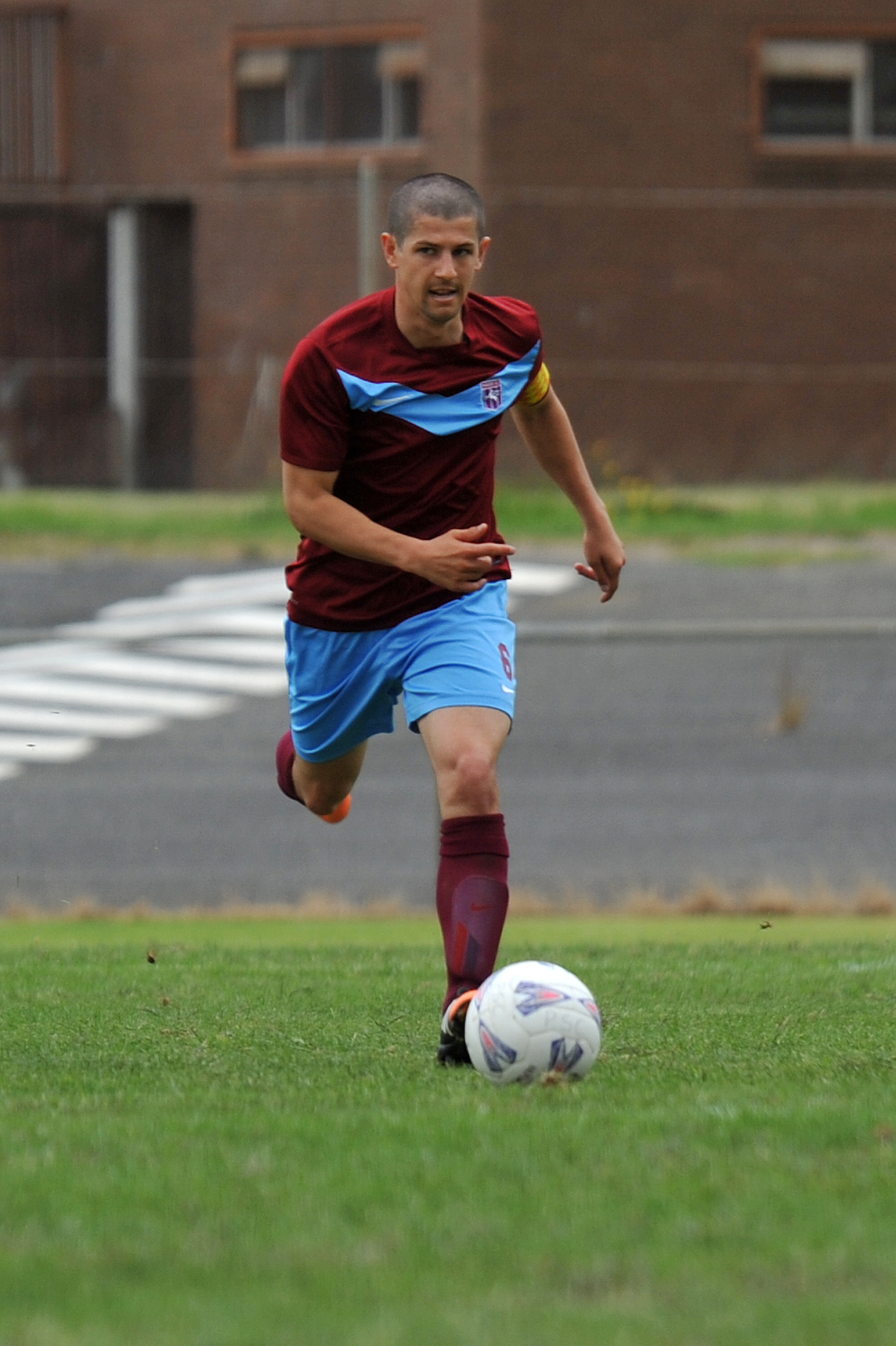 MISFIRING in the final third and a lack of discipline kept Morwell Pegasus from taking all three State League South-East division one points at Ronald Reserve on Saturday.

Instead the Horsemen ended the 90 minutes in a stalemate with Frankston Pines for the second time in as many weeks, following an extra time encounter in the FFA Cup on 15 April.

Pegasus’ 2-2 draw was another frustrating outcome, given a late penalty miss by captain Stephen Maselli and a Thom Lino-one-on-one gone wrong minutes later.

Compounding issues was a second yellow card send off for a verbal altercation following a studs up red to a Frankston Pines player.

Cheney said spluttering in the final third proved costly, which was fast becoming a worrying trend.

“We can’t put it away up front… that’s pretty much what it comes down to at the moment,” Cheney said.

“There’s plenty of promise there and plusses about what we’re doing, it’s pretty much just coming down to that last third now that we just need to start putting them away, which we have against Murray United and Clifton Hill.

“It’s not all doom and gloom at the moment, it’s one loss from five, so we’re getting something out of the games.”

Frankston Pines drew first blood with a goal inside of five minutes, but Pegasus drew level from an own goal after a pinpoint cross from Sajnesh Sugrim, which put the opposition defence under untenable pressure.

With scores locked 1-1 at half-time Chris Wynne gave Morwell the advantage in the second half, before a cracking left foot strike brought the visitor level once more.

Late chances went begging from Pegasus, which also struck the woodwork more than once on the day.

Pegasus now sits in seventh on the ladder with one win, three draws and a loss, while cross-town rival and league newcomer Warragul sits second.

The Horsemen will travel to third-placed Clifton Hill on Saturday.