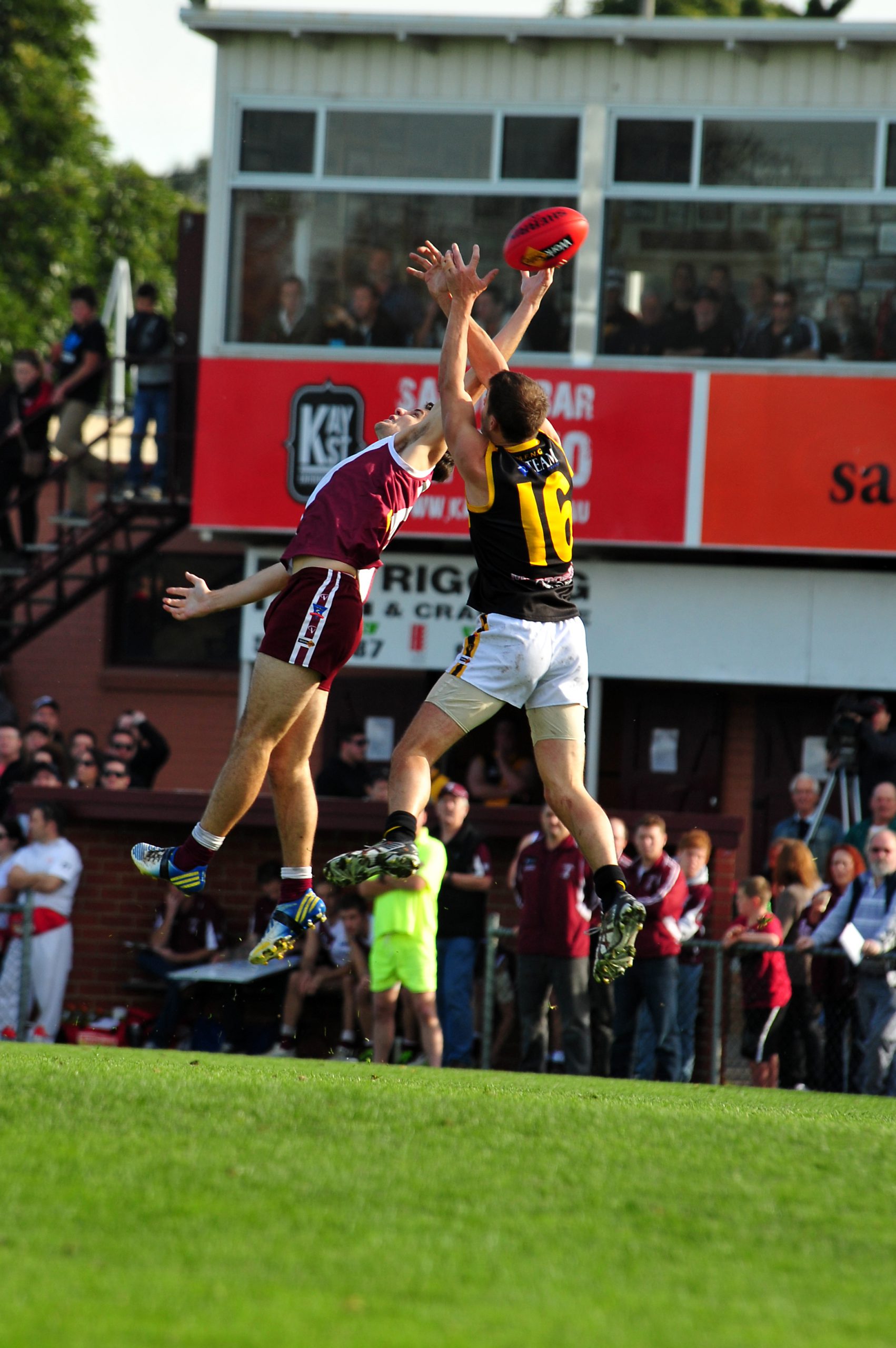 TRARALGON will reignite the rivalry with Morwell in a Queen’s Birthday blockbuster.

A big crowd is expected to flock to Traralgon Recreation Reserve for the Monday game, which will wrap up a big round eight of the Gippsland League.

The injury plagued Maroons are expected to be bolstered by the return of captain Michael Geary, as they vie to cement their spot in the top five.

“Hopefully we can get back on to the winner’s list after a tough couple of weeks,” Traralgon coach Mark Collison said.

The Maroons’ already strained list suffered yet another blow last week, with Jordan Symons suffering a knee injury which is expected to see him sidelined for between four and six weeks.

However there is some good news for the Maroons with Josh Jennings and Michael Stockdale expected to be named in Monday’s line-up.

Knocking on the door of the top five is Morwell, which has won its past four games against the Maroons.

However, never in the competition’s 60-year history have the Tigers won five in a row against their Valley foe.

“It’s a big challenge for us, whoever wins, it puts their side in a good position heading into the second half of the year,” Morwell coach Joel Soutar said.

The Tigers have been bolstered by the inclusion of VFL player Brandon Bailey over the past two weeks and the coach is hopeful he wi’ll be in the side again this week.

As for Soutar, he remains on the sidelines with a foot injury, but was hopeful of a return after next week’s split round bye.

SIX and one after seven rounds, the man at the helm of Leongatha says his team must continue to improve.

“There are certain aspects of our game that I haven’t been too happy with, different things each week. We have got a lot of room for improvement,” Parrots coach Beau Vernon said.

The Parrots will host Drouin on Saturday in the clash between first and third. “Apart from a two week lapse, they’ve been in good form. However I’m more worried about how we play,” Vernon said.

“We really can’t afford to lapse back into the pack.”

Dale Houghton and Jonathon Pitman are expected to return to the Leongatha line-up, which will be out for win number seven.

Ben Willis will line up in the ruck against Drouin coach Bob McCallum. The jobs on Hawks midfielder Daniel Nicholls, who was best on ground in the interleague, and forward Ben Hughes, who booted four last week, are still up in the air.

MOE faces another challenge in Sale, which has secured the services of former St Kilda player Jason Gram.

“Gram is a big inclusion for them and we will definitely be looking to nullify his influence,” Lions coach Adrian Burgiel said.

“It will be a big challenge for us, they didn’t have the best of starts but have strung together some wins now.”

Burgiel said he had plenty of options to combat Sale’s forward-line.

“Our backline is going well. Tom Long has been playing back and he did the job on Daniel Bedggood when we played Maffra so he will be a good match for John Gooch while Kane Martin will also be on our radar in the midfield,” Burgiel said.

The Magpies have won their past seven over Moe in its best run against the Lions since 1980/83.

FRESH from a four-point win over Traralgon, Maffra will travel west to take on bottom of the table Warragul.

The Eagles sit second on the ladder, a game behind Leongatha and a game clear of Drouin, Wonthaggi, Traralgon and Morwell.

BAIRNSDALE will embark on the competition’s biggest journey to take on Wonthaggi.

The long trip has not caused much fuss for either the Power or the Redlegs in recent years, with the past four matches seeing the visitor return home with the points.

Bairnsdale won this clash last year, however the Power will be eager to bounce back from last weekend’s disappointing one-point loss to Drouin.