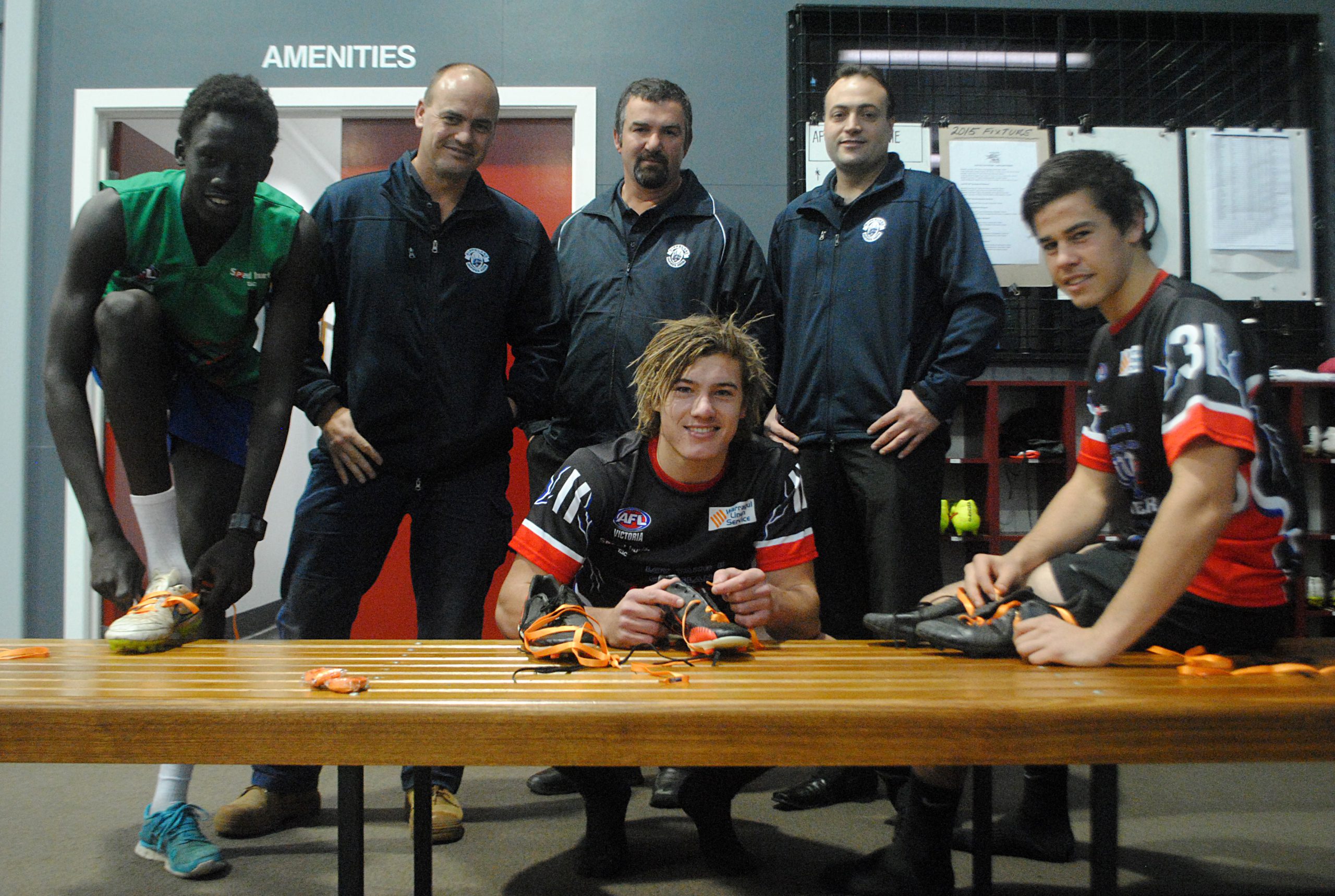 In an era where hardness is measured more by tenacity and skill on the sporting field than proficiency at fisticuffs, Gippsland’s football community is spreading the gospel to help stop violence off the ground as well.

Gippsland Power and the Gippsland Umpires Association have joined forces to back Step Back Think’s ‘Lace Up’ campaign, a national push to end social violence and its potentially devastating impacts.

Both groups will sport orange laces on game day as part of the initiative, which was formed in the wake of permanent brain injuries to James Macready-Bryan in 2006 sustained in a one punch incident.

Power coach and former AFL footballer Leigh Brown said the glorified culture of violence in sport and football had gradually been phased out in recent decades for the better.

“Things have definitely changed, it’s more about sticking your head over the footy and winning the contested ball than the fights behind play and the king-hits, which is the way it should be,” Brown said.

“You’re judged on your hardness by the way you attack the footy rather than the number of punches you swing.”

As part of the Gippsland Power program, Brown said the club’s athletes were educated to steer clear of violence.

“We cover a lot of things (in our program) and how the boys act and handle themselves in public is one of them. We encourage our boys to stay away from any situations that can arise like this, and if they do find themselves in those situations to be the bigger person and walk away,” Brown said.

“For us to play one little part in raising some awareness can only help and hopefully stop someone from being injured or killed.

“Also to give people the confidence to walk away rather than get into any violent situations.”

In less than five years, there have been 96 deaths in Australia related to social violence, 85 of which were a result of a single punch.

Of those involved in street violence, 73 per cent are males aged between 15 – 29 years old, one of the prominent demographics involved in sport.

The Lace Up campaign will be launched nationally at the Melbourne Rebels versus Melbourne Storm game on 15 June.