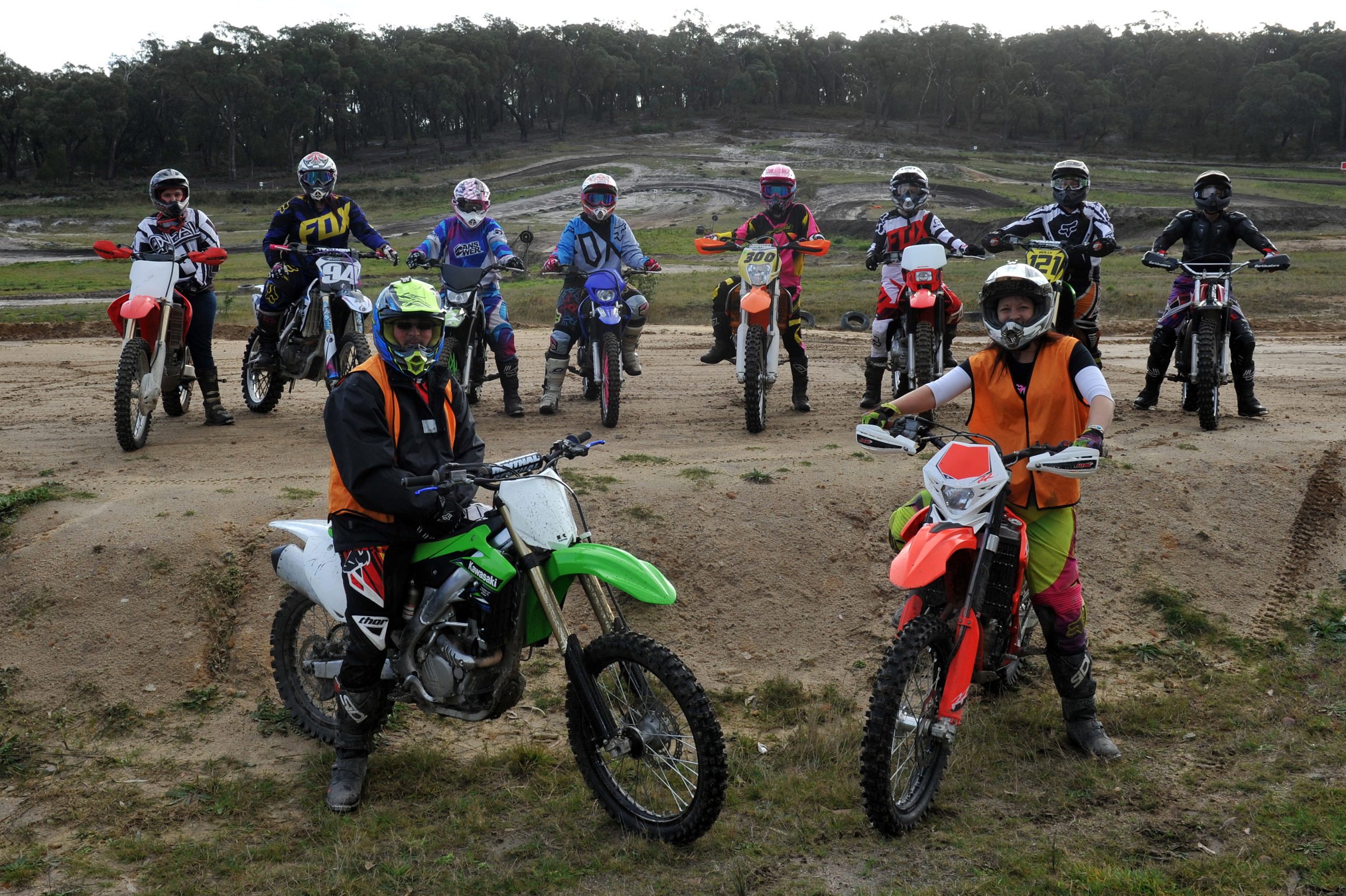 Numbers were down, but enthusiasm was at an all time high for Traralgon Motorcycle Club’s first women’s dirtbike coaching clinic of 2015 on Saturday.

Eight beginners turned out for the girls’ only session, falling short of last year’s lofty heights of 40 plus, but the day was a success for those in attendance according to club coach Mark Ludlow.

“The girls really excelled. I was really surprised how well (they did), they rode well but as soon as I started throwing them into harder exercises, as in braking later into corners, they were actually a lot smoother,” Ludlow said.

“They just came out of their shells with a bit more confidence, they could look further to doing offroad or motocross… the girls felt more comfortable overall… and they can take those tips and use them at home, in a paddock, out in the bush or on the track.

“There were two girls out of my group that… within six months could be racing and competitive.”

With increased scope for one-on-one attention given the smaller group size, two riders accelerated into the intermediate group by the lunch break.

“Two girls went from Phoebe’s group into my group after lunch, they really advanced,” Ludlow said.

TMC will stage two more women’s only beginner’s clinics on 15 August and 17 October.