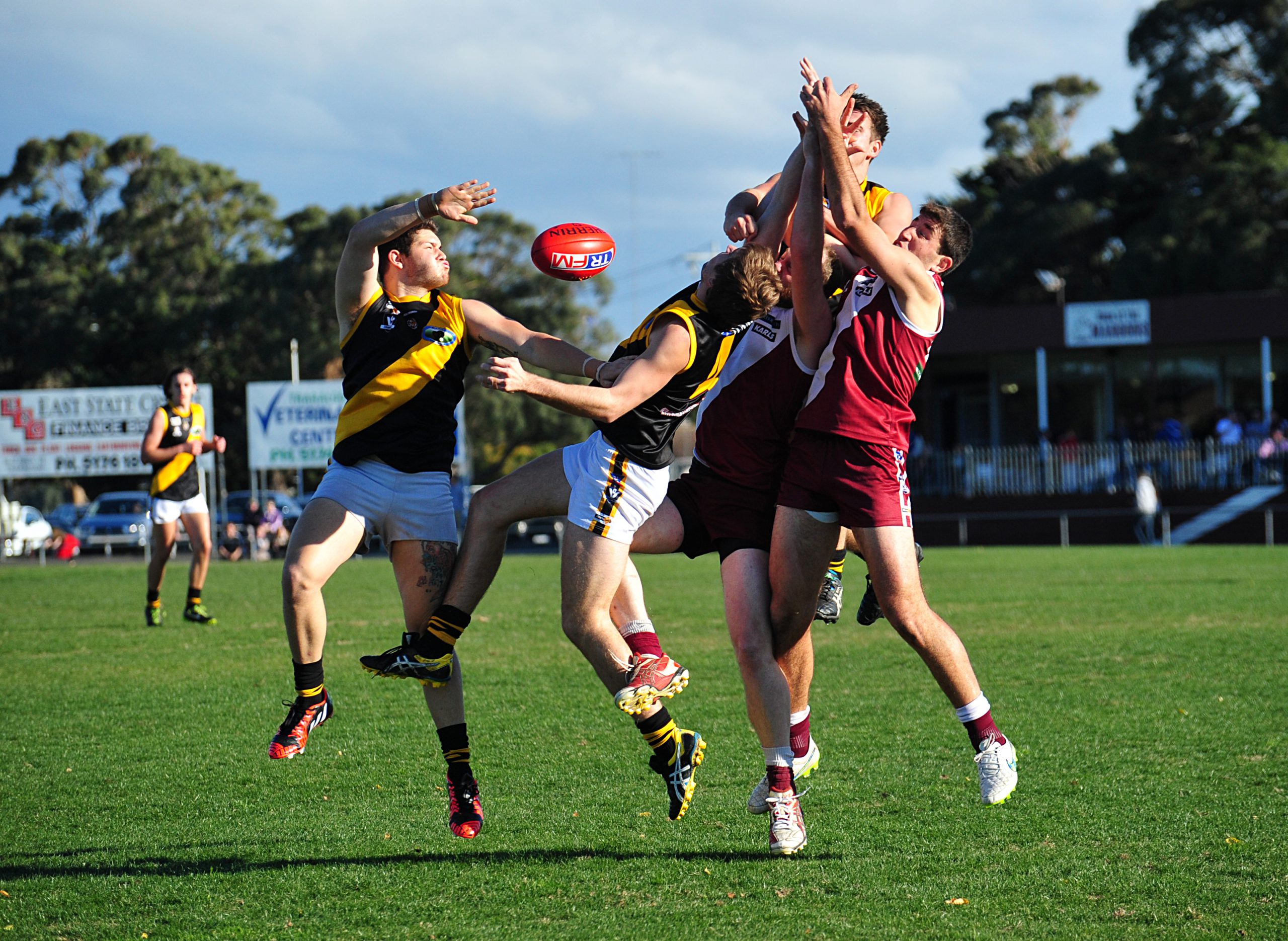 SIX goals from Tim Johnston helped an injury-plagued Maroons to victory on one of the Gippsland League’s biggest days of the year.

The Queen’s Birthday clash at Traralgon Recreation Reserve came down to the wire, with neighbours Traralgon and Morwell locked at 62-apiece at three-quarter time.

“It was tight there but then we just ran away with it. It was excellent… the boys finally got some reward for some hard work,” Traralgon coach Mark Collison said.

With Lee Stockdale and Josh Jennings already sidelined with injuries, the Maroons could not afford any more casualties after Tim Northe, Danny Campbell and Adrian Slottje all succumbed to injury.

Without an interchange, the home team was forced to play the start of the last term with 17, after Mick Stockdale was sent off with a yellow card for striking.

“It’s going to be a dog fight now, 17 versus 18. This is where we show a bit of character, we hold on for 15 minutes and we get Mick on okay? We can still break them, believe it,” Collison said during his three-quarter time address.

Collison’s calls were answered, as his side booted four goals to none in the last to run out the 19-point winner.

The first-year Traralgon coach was impressed by the character of his undermanned side.

“Every week is getting tighter and tighter. We played the last quarter with 17, I’m just rapt to get the win, we were really under the pump there,” he said.

The coach was also full of praise for ruckman Ben Amberg, who was named among the Maroons’ best.

“He was amazing, such a warrior, we were pretty lucky he fell into our laps. Just turned up one night, wanted to train after moving down here to study medicine and he’s been unreal… he truly is one of the best players in the competition, I think,” Collision said.

Traralgon, Morwell, Leongatha and Warragul will now enjoy a weekend off due to the Gippsland League’s split round nine.

“We have got a weekend off now. That’s massive. (The) boys will have a rest,” Collison said.

The Maroons will return next weekend to face Warragul and Morwell will tackle Leongatha in the second half of the split round.