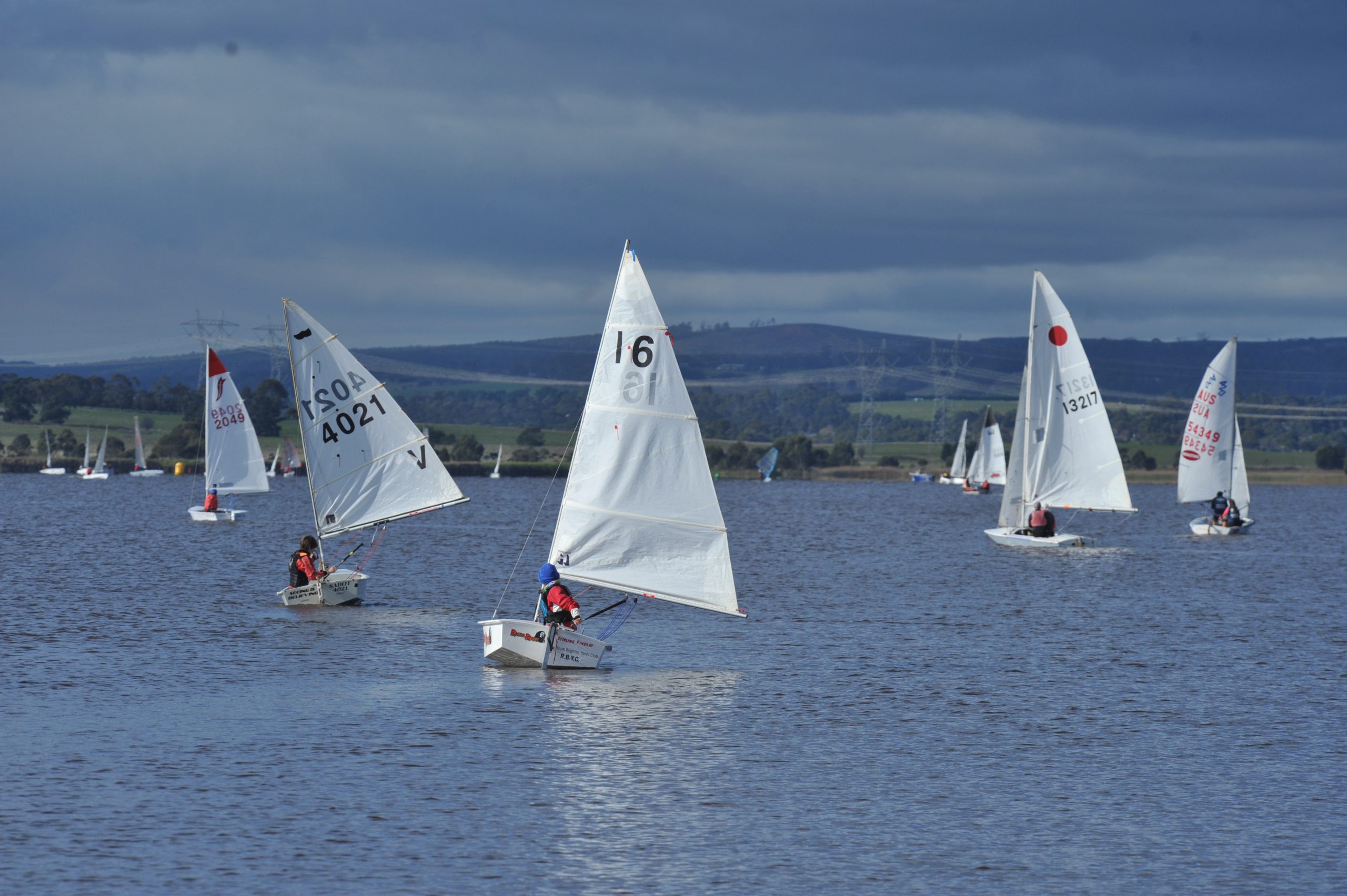 THE revival of the region’s premier regatta has put the wind back in the Latrobe Valley Yacht Club’s sails.

After its cancellation last year due to blue green algae in the Hazelwood Pondage and the impact of the Hazelwood mine fine, LVYC’s annual Sauna Sail returned in style during the long weekend with 130 competitors taking part.

As the club’s major annual fundraiser, the financial windfall was welcome after a lean 2014, in which half the LVYC season was abandoned.

“Financially it gets us through the year to help improve our equipment, buy training boats and whatever, so it’s a big part of our year,” club treasurer Bruce James said.

“It is a good feeling. We’ve got quite a few new members and we’re looking good for the future.”

Favourable weather and wind conditions ensured the regatta was smooth sailing from Saturday through to completion on Monday, with sailors from as far as Tasmania and South Australia competing.

“We’ve had a wide range of entrants from all over the place,” James said.

“The mood of the whole weekend has been fantastic, very friendly and we’ve had good wind and good sailing.”

As a small club, LVYC’s sailors were unable to compete in their home event due to the need to field a certain quota of officials.

However, new club member David Taaffe was able to compete, finishing second in the division five monohull category aboard Wild One, skippered by Peter Mullenger.

Multiple national champion Gary Maskiell took out first place in the division one standings aboard Still Bitten, with a flawless record across all five races.

The 2013 division one runner-up Colin Dods earned another second-place finish with The Wrong Trousers, this time in division eight.

For full results visit www.lvyc.org.au and click on the Sauna Sail tab.