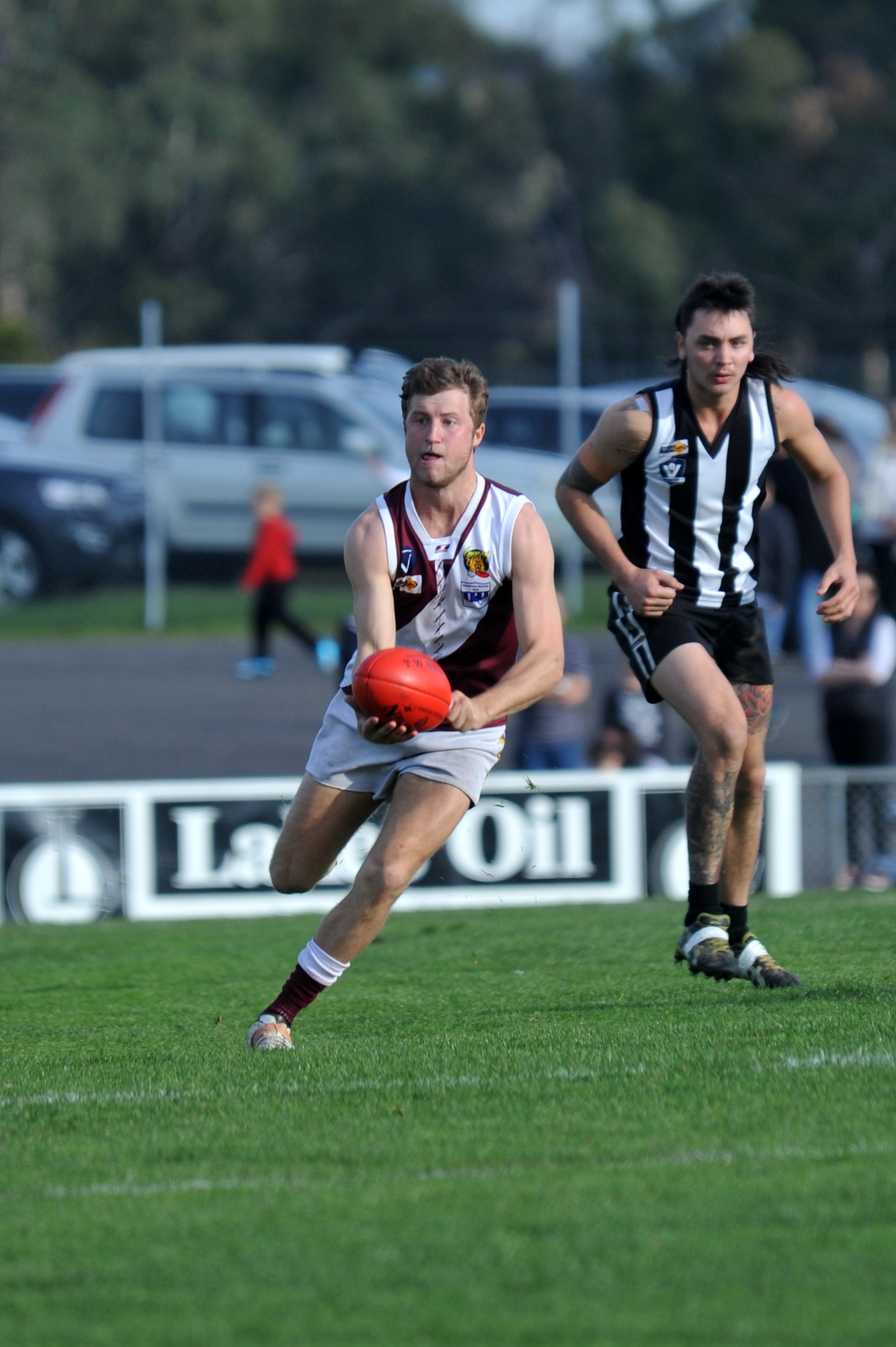 THE gridlock at the top of the North Gippsland football standings is set to be broken this weekend.

Four of the competition’s top sides will face off, and with just one win separating first and second from the rest of the six, someone will drop down the pecking order.

ROSEDALE and Sale City will headline round 10 in the clash between the competition’s top two.

Locked on 28 points, the winner will claim first outright on the ladder.

Outplayed from the opening bounce in its round one encounter, Rosedale is a different prospect with coach Ben Macreadie confident in his side’s improvement.

“I feel that we are better placed this time around having played more footy together and becoming familiar with the way we want to play,” Macreadie said.

“We have learnt lessons from not only the Sale City game but from every game that we play and continue to put those learnings into use to improve us as a team.

“There is no specific area that I could pin point that we would have an edge over Sale City but I do believe that our best footy will be a handful for most.”

Both sides come into the contest with a win-loss ledger of 7-2.

City claimed the scalp of Yarram in round nine while Rosedale is riding a four-game winning streak, including victories over 2014 grand finalists Heyfield and Churchill.

AFTER enduring the might of the competition’s front runners over the past fortnight, Cowwarr will face the other extreme this week against Glengarry.

The Magpies have had lean pickings, and are yet to sing the team song this year.

A strong start saw the Saints take a slender lead into quarter-time at the weekend before being dismantled by the Blues.

The home side will need to refocus against a competitive Glengarry outfit, with both sides desperate for a win.

WOODSIDE returned to the winners’ circle against Gormandale following a tough month of matches against top five sides.

It is back to the grindstone this weekend for the Wildcats, who host third-placed neighbour Yarram.

Facing a rebounding Demons, which fell just short of Sale City at the weekend, does not phase Wildcats coach Daniel Risol.

“It was great to bounce back after a poor performance against TTU the round before,” Risol said.

“We emphasised before the game last Saturday that a win on the weekend would be a big lift going into this week’s game to help build our confidence.”

Suffering a hefty defeat in their opening clash, Risol will field a vastly different line-up to the one which lost to the Demons by 85 points.

“It is a different team completely to what turned up to Yarram in round one,” he said.

“The younger players have more games under their belt, and as such were expecting a much more complete performance.”

Blooding a number of youth through the senior ranks Risol is happy with where his side sits at the half way mark with a win-loss ledger of 3-6.

“Now that a lot of the juniors have eight or nine senior games experience, I now expect the same or even more wins in the second half,” he said.

IT was seven weeks in the making but Traralgon Tyers United finally knocked off another top five side in Heyfield at the weekend, and now has Gormandale in its sights.

The Bombers’ sixth win of the season saw the side firm its grip on fifth position and a possible return to the finals fold.

Deadlocked with Yarram, Heyfield and Churchill on 24 points, spread from third through to sixth position, this week’s result is crucial.

Gormandale has long been a thorn in the Bombers’ side.

While the Bombers romped home with an 18-goal winning margin over the Tigers eight weeks ago Gormandale has since scored a win over equal top side Sale City.

The points are at a premium for TTU ahead of clashes with Yarram and Rosedale.

CHURCHILL will be out for revenge in the replay of the grand final replay.

Heyfield made amends for the 2014 decider with a 31-point win in round one, but with a chance to break back into the top five, possibly at the expense of the Kangaroos, the Cougars will be up and about.

Despite a percentage-boosting win on Saturday, the Cougars still find themselves placed precariously outside the top five, some nine percentage points behind TTU.

Heyfield has been perched in fourth for a number of weeks, despite losing to Rosedale and TTU in the past month.

With the stakes high on the home stretch to finals, little will separate the two long-time rivals come the final siren.