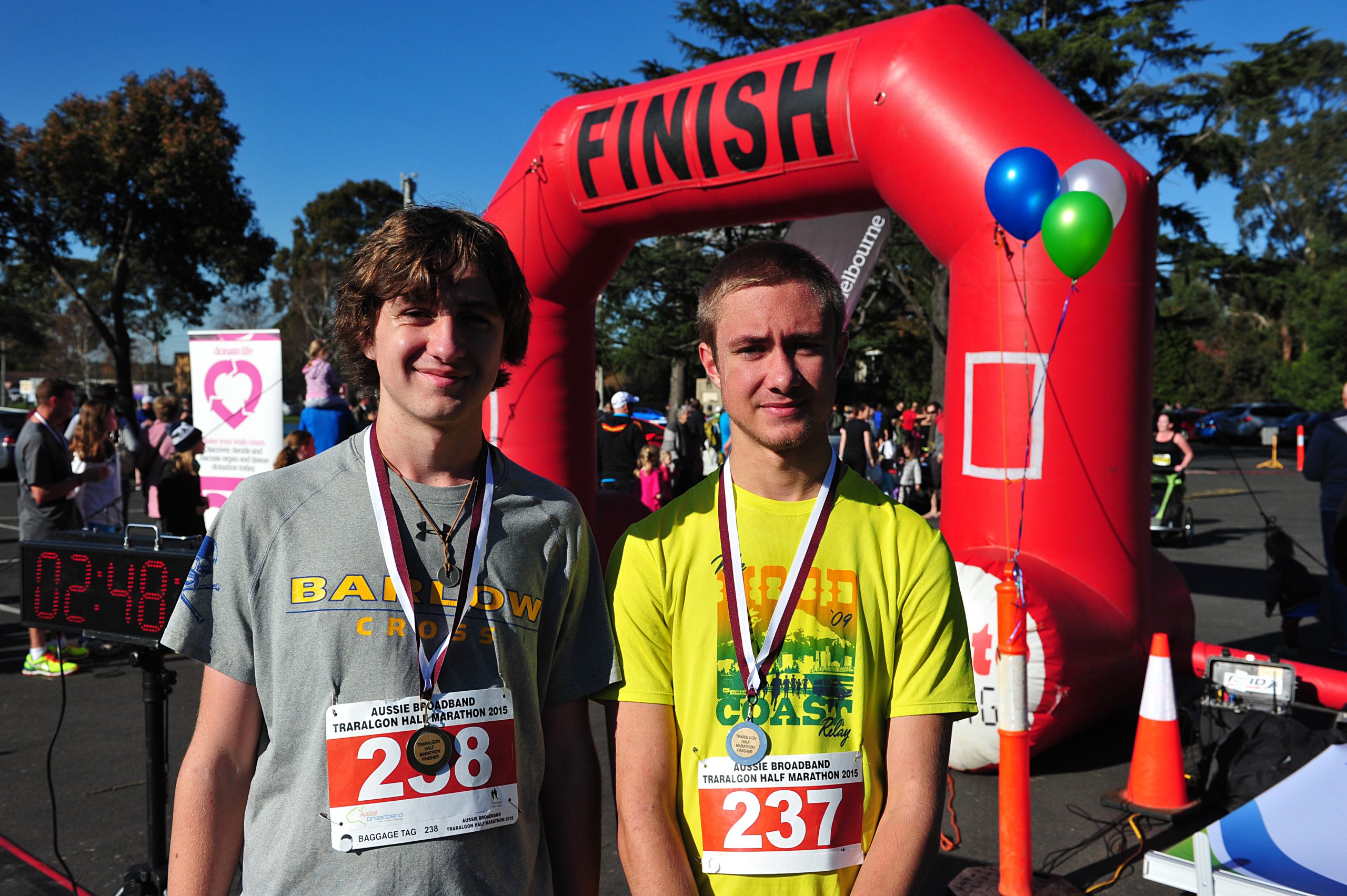 OREGON’S Michael Strobel has completed a marathon in all 50 states of his home country, and added a first international run to his list of conquests in Traralgon yesterday.

The American completed the 48th Traralgon Marathon and Running Festival in just over four hours during a holiday visit to Australia, while his sons Spencer and Hunter took on the half-marathon distance.

It was just another footnote to a storied list for the seasoned Strobel senior, but for his offspring it was the beginning of a new chapter.

Spencer clocked 1.38.05 in his second 21km run to finish fourth in the under 18 standings, while Hunter completed his maiden half-marathon just behind in 1.40.38 to claim fifth.

“It’s kind of an accomplishment to have my first ever half-marathon in Australia,” Hunter said.

Currently driving around the country and visiting “as many national parks as possible”, the Strobel boys said taking part in the running festival was just a bit of leisure on the side.

“We decided we would just go and run a half-marathon and our dad run a marathon while we were down here, just have some fun,” Spencer said.

Strobel senior finished the marathon in 4.04.50.