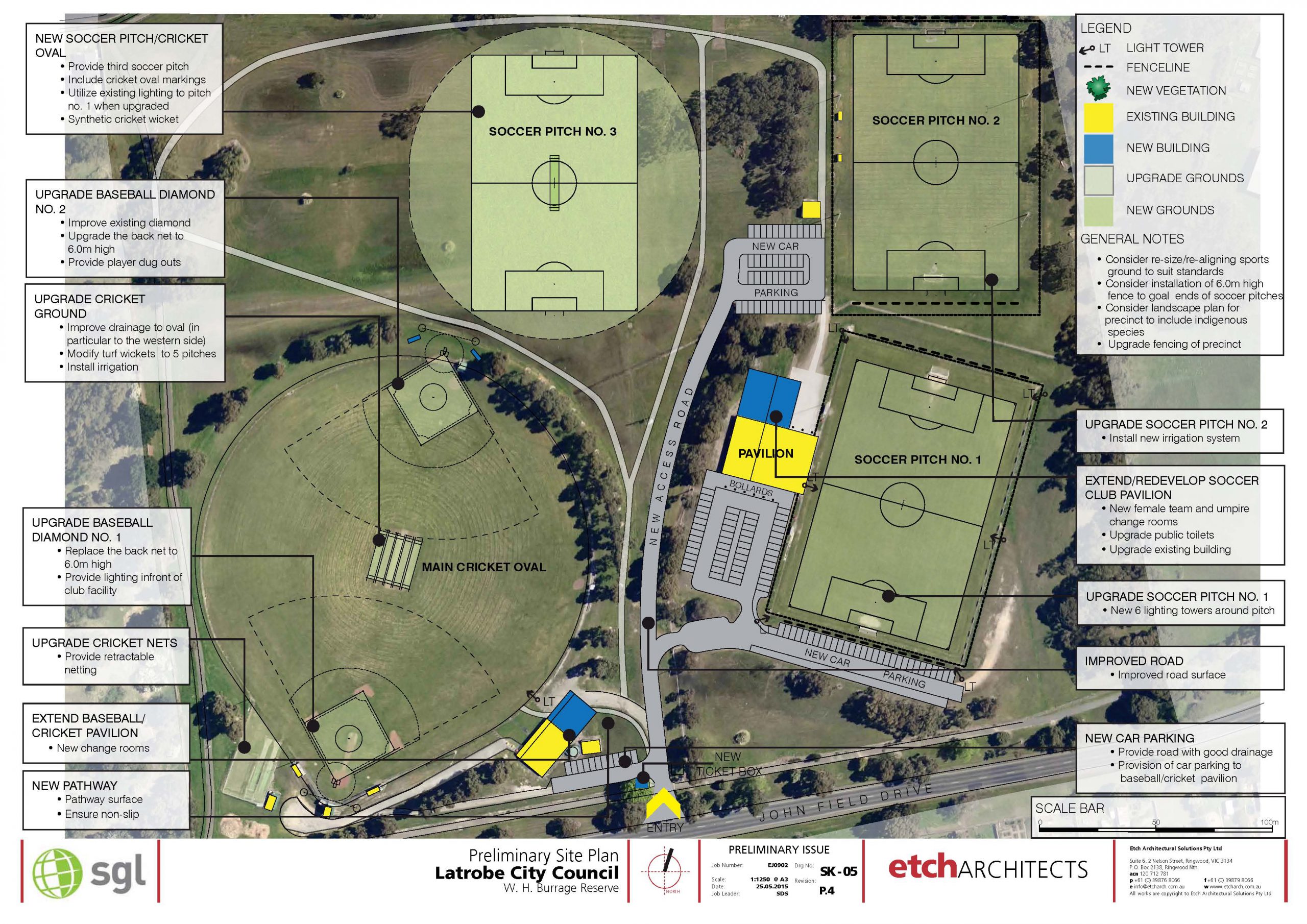 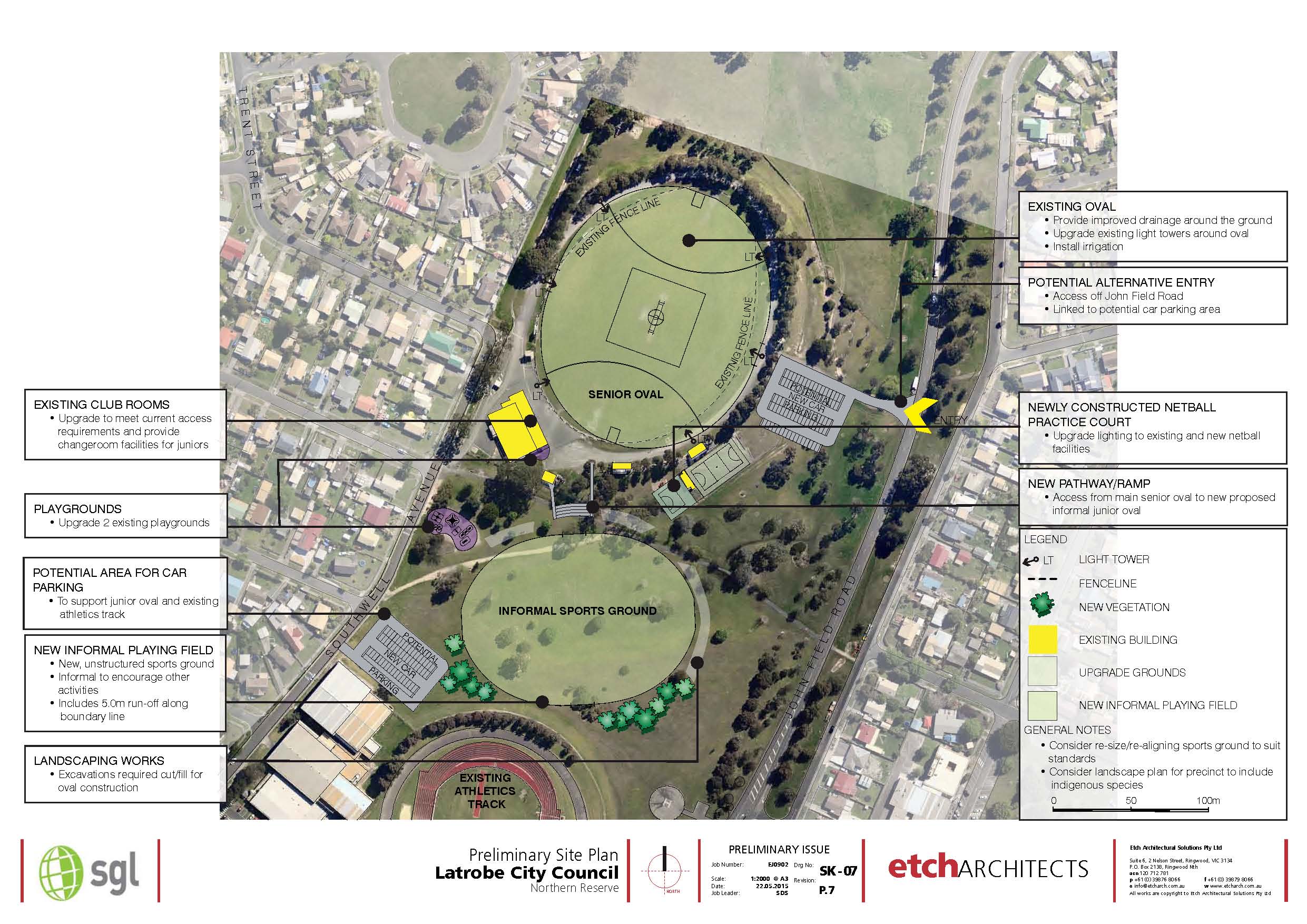 A MULTISPORT complex at Monash Reserve, new playing ovals for Burrage and Northern Reserves and fixing Ted Summerton Reserve’s boggy playing surface once and for all are among the big ticket items slated for an overhaul of Moe and Newborough’s major sporting centres.

Latrobe City Council this month adopted its Moe Newborough Outdoor Recreation plan, set to transform the district’s seven major sporting complexes over the next decade, depending on state and federal funding opportunities.

While dependant on government grants, councillor Sharon Gibson said council would attempt to push through the multimillion dollar vision for the towns irrespective of external support.

“We’re looking at what we can fund each year (including master plans for the other districts in the region),” Gibson said.

“Instead of just having a plan on the shelf waiting, we’ll see what we can actually implement each year (through capital works).

“We’re working as hard as we can… to make things a reality.”

Improved drainage, irrigation and lighting for most centres was a common theme in the plan, with an estimated $1.5 million to be allocated for Ted Summerton Reserve, where surface problems have persisted despite a $5 million redevelopment in 2010.

Moe Netball Association was another focus, with a proposal to shift the club from Saviges Road to a new multipurpose facility at Monash Reserve.

The plan would see Newborough Tennis Association, MNA and Adrenalin Paintball share clubroom facilities, with dual marked netball and tennis courts to be constructed at the existing NTA site.

Gibson said the netball club’s current facility was aged and in need of a major overhaul, leading to the proposal for a change of location.

“Where they are at the moment, they’re landlocked. The courts don’t comply (with regulations), they’ve already had to turn down teams, they can’t get state events or the Vixens to come down… the site just doesn’t allow for it,” she said,

“You also have a problem with parking and safety, they park on the side of the road and it’s a really busy road. Crossing that is just unsafe for the kids.”

Other major winners were Moe Botanic Gardens, set to benefit from a two phase redevelopment of its 10 tennis courts, and Burrage and Northern reserves, which will each have a new field developed.

Gibson said the wholesale upgrades across the towns were necessary to accommodate a growing population.

“The outdoor rec plan is to look at the needs of our community now and into the future, because we have a growing population base in Moe/Newborough,” she said.

“This is so all the kids can all be healthy, be fit and active and enjoy themselves safely.

“It’s really good for the future of our community and our kids.”

Extensive community consultation, including 14 submissions lodged during the public exhibition period, was considered in forming the final draft.

Search for ‘Moe Newborough Outdoor Recreation Plan’ at www.latrobe.vic.gov.au to view the plan in full.

– Improve drainage, irrigation and levelling, and upgrade lighting to competition standard for both soccer pitches ($825,000)

– Extend clubrooms to include social rooms, plus two additional changerooms for females ($320,000)

– Remove vegetation at bocce courts to make good for use