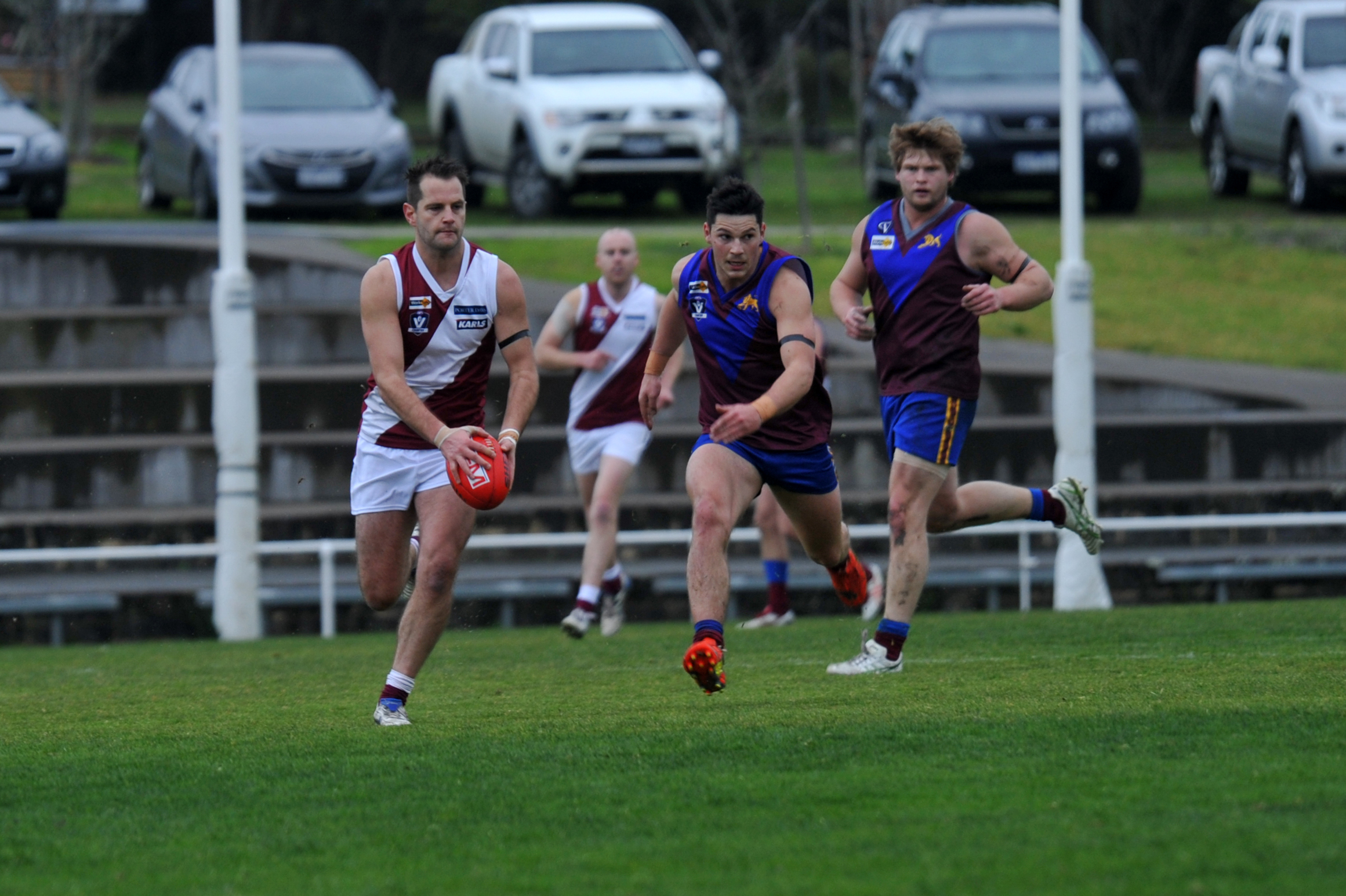 THE Gippsland League’s reigning premier is back within reach of a spot in the top five, after upsetting Sale by 17 points in round 11 of the competition on Saturday.

“It was great to get the four points on the weekend, after a few close games where we have had our chances,” Tigers coach Joel Soutar said.

“The boys fought out the game really well and the win put us back in the hunt for a spot in the top five,” Soutar said.

The captain coach was particularly impressed by the performance of his younger players.

“Our young players really stood up this week, contributing to one of our better four quarter performances of the season,” he said.

The Tigers sit in seventh on the ladder, two games clear of Moe and behind Sale only on percentage.

TRARALGON consolidated third spot with a 30-point win over Moe.

“We had a good win. The boys went well, it was pleasing to get the four points,” Maroons coach Mark Collison said.

The victory did not come easily for the visitor, which trailed the Lions by 12 points at quarter-time.

By half-time scores were locked at 32-apiece.

“We were average in first quarter. The boys played pretty good in the second but couldn’t convert,” Collison said.

Traralgon made its break in the third, booting five goals to Moe’s two, to take a 20-point lead into three-quarter-time.

However it was Lion Mark Engley who top scored, with five.

The club’s ninth win of the season sees the Eagles sitting comfortably in second on the ladder, trailing Leongatha on percentage.

Maffra got the early break and never looked back, with the bulk of the damage done during the second and third terms, during which the Eagles slammed on 10 goals.

LAST year’s runner-up Wonthaggi, posted one of its biggest wins of the year so far, upsetting the ladder leader Leongatha 13.14 (92) to 9.8 (62), as the sides came together for indigenous round yesterday.

Just a point separated the South Gippsland rivals at quarter-time.

However the home team kicked away in the second term and by half-time had established a 22-point lead.

Outscoring its opponent in the third, Leongatha narrowed the margin and was back within 16 points at three-quarter-time.

However the visitor was outplayed in the last, and conceded just its second loss of the season.

In the other Sunday game Drouin returned to the winner’s circle and the top five, with a 90-point win over neighbour Warragul in the west Gippsland derby.

Bob McCallum was the star for the home side; the Hawks coach booted five in a best on ground performance.

His counterpart at the Gulls, Steven Kidd, also top-scored for his side with three majors.