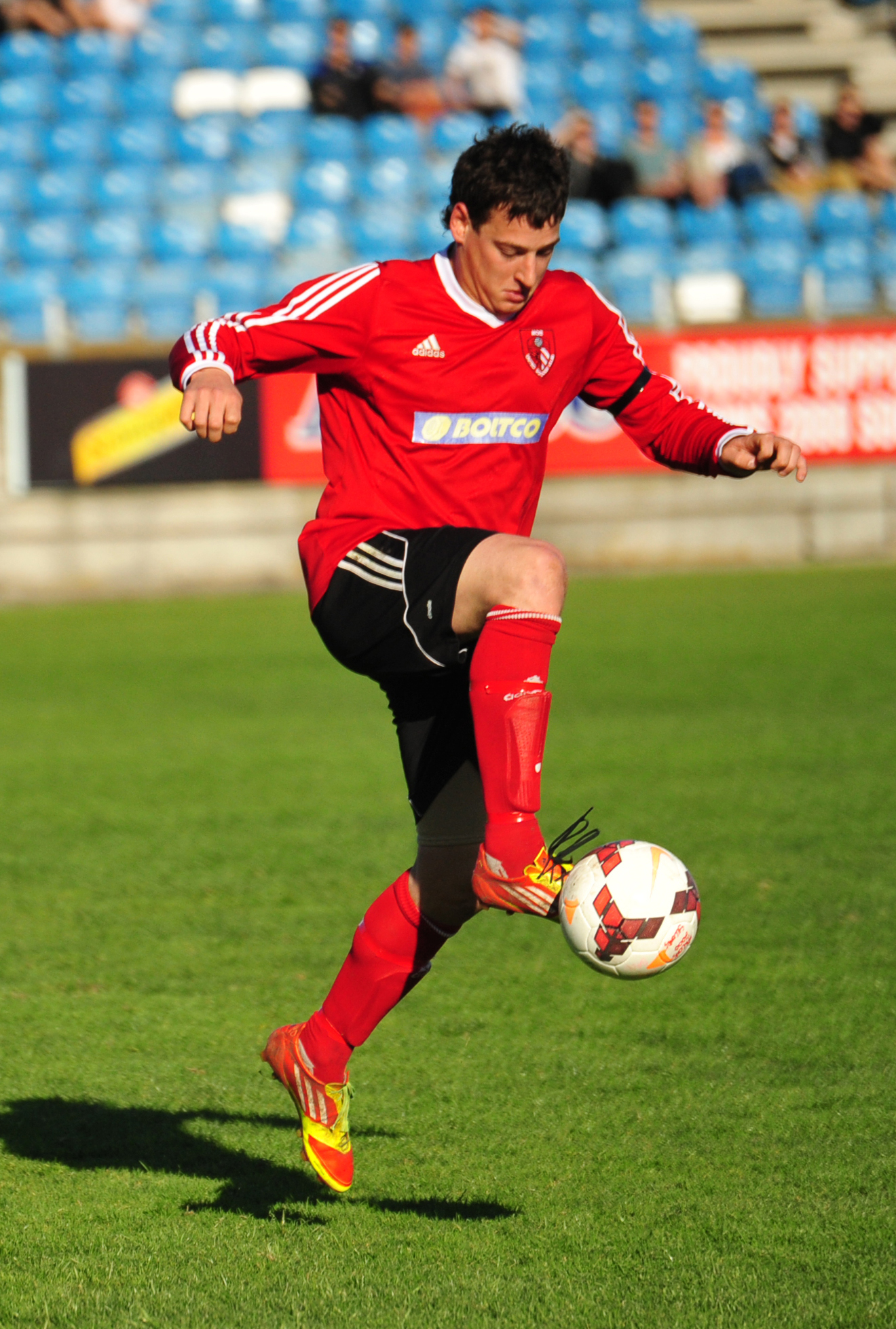 FALCONS retained its four-point buffer at the top of the Gippsland Soccer League ladder after knocking East Gippsland United off 4-1 at home.

The away side showed it could match it with the league leader as the Birds took more than 30 minutes to break the deadlock through a Jesse Kennedy-penalty.

Soon after the home side made it two with a flowing passage of play that saw Conor Clarke, making his 50th appearance for Falcons, and Kennedy combine for the latter to score his second for the day.

Incredibly, the first half brace took Kennedy’s season tally to 34 after 15 rounds.

Within minutes of the restart, East Gippsland came out firing and halved the deficit with a long range shot creeping past keeper Adam Brooker’s near post.

East Gippsland continued to persist without fashioning any further clear-cut chances and the home side quickly put the contest to bed with a long range goal from Matt Amaira.

Coach Nick D’Alessandro rounded proceedings off with a deflected effort.

This week Falcons travel to Newborough in a highly anticipated clash between first and fourth, with the Combine full of pluck after defeating Sale in round 13.

MONASH made it four wins on the trot with a 7-0 victory at home over a hapless Trafalgar outfit to jump above Churchill on the ladder.

The game had a familiar feel about it with Daryn Cummings, Jamie Green and Matt Beasley making a return to their former stomping ground.

The visitors were indebted to keeper Lachie Wyatt early on, as he made a number of saves to keep the Wolves at bay.

He was unable to keep out Wally Noppert’s header

midway through the half as Monash took the lead.

Wyatt and the woodwork kept Monash at bay for the remainder of the half, keeping the score 1-0 at the break.

The floodgates opened in the second half with Tom Bramstedt heading home Monash’s second after 60 minutes.

Within 15 minutes the score had blown out to 5-0; Ty Christy grabbed a quickfire brace and Chad Shelley netted his 10th of the season.

Substitute Ethan Lawrence lashed home with his left foot to make the margin half a dozen before Christy rounded a defender to cap off his hat-trick and Monash’s best win for the season.

A JOEL Baldwin strike was all that separated Moe United from reigning league champion Churchill at Olympic Park.

The first half goal was the only score of the day, as the Red Devils clung to a 1-0 victory to remain third on the ladder, just behind Sale on goal difference.

SIMON Ieradi scored once on either side of half-time to drag Olympians across the line against Tyers at Harold Preston Reserve on Friday night.

Jake Budija’s 15th goal of the season cancelled out Ieradi’s first half effort, but Olympians found a winner in the second 45 minutes.

NEWBOROUGH Yallourn-United completed a demolition job on Morwell Pegasus at Ronald Reserve, returning home with the points after an 8-0 drubbing.

Pegasus was no match for the Combine, as Dylan and Mark Fairbrother sliced through the defence seemingly at will.

The former finished the day with a hat-trick, while Mark also chimed in with a goal.

Pegasus’ day was summed up by a late goal, when a 50/50 tackle rebounded off Fairbrother’s foot into the bottom left corner.

SALE United kept Falcons 2000 within its sights after a 4-0 victory over Fortuna 60 at Godfrey Baldwin Reserve.

The Swans sit four points adrift of the league leader.