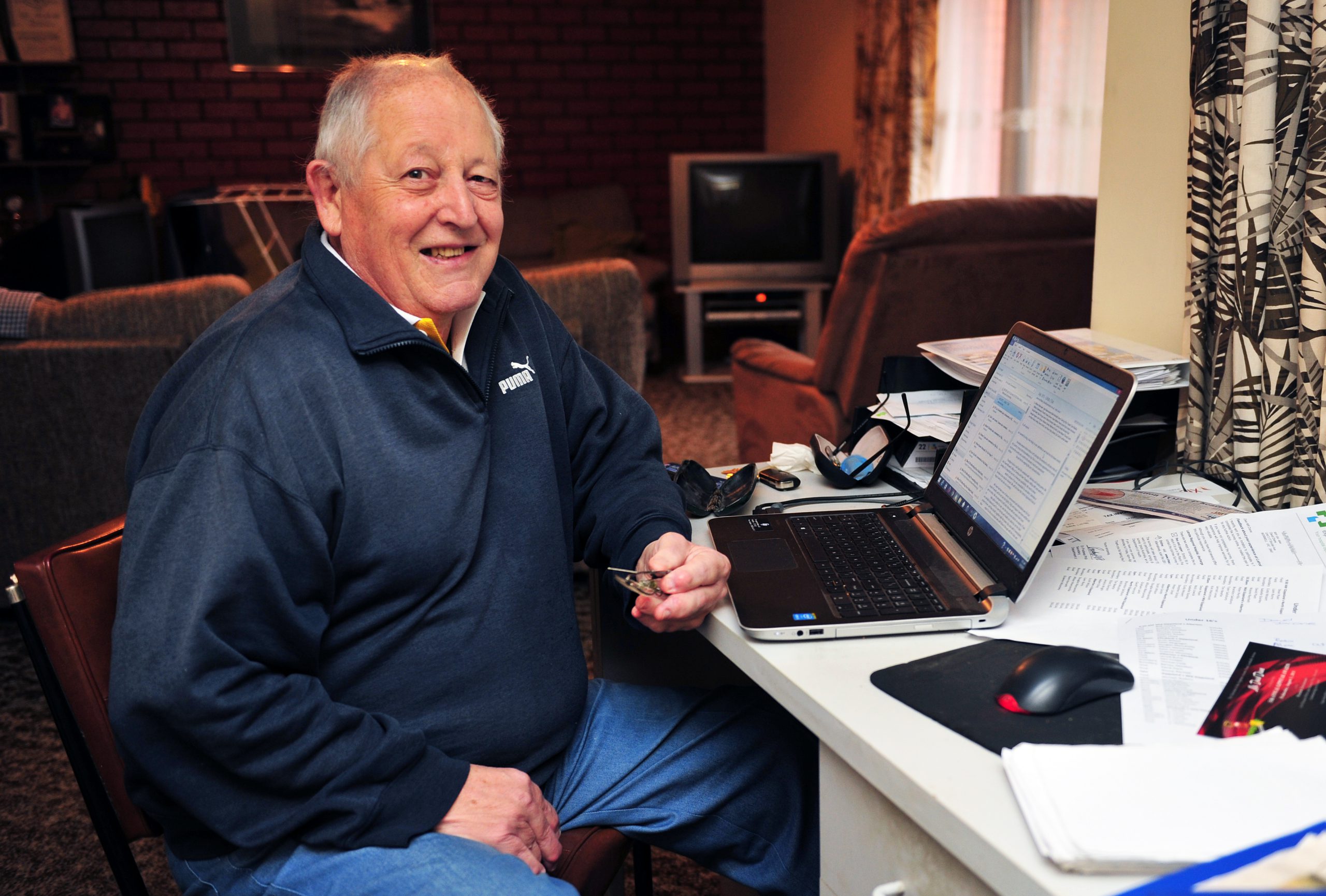 TRIATHLON has become a staple of the Latrobe Valley’s sporting landscape, but it was not always so.

Three decades ago when a group of local footy umpires put their heads together to establish the Latrobe Valley Triathlon Club, the sport was in its infancy.

While one of its founding members, Rob Zwierlein, was an enthusiastic competitor, the rest of his Latrobe Valley Umpires Association cohort were not immediately sold.

Among the speculative crowd was the club’s first president David Drane.

“Robbie used to come back and tell us how he’d swim and ride and run his guts out and we all thought he was stupid in the early days, because people didn’t do that,” Drane said.

“He’d umpire on Saturdays then he’d race off and compete on Sundays… but then the other guys started having a crack.

“After a while they decided they wanted to race around here.”

Local interest was growing for the rising sport, but competitors were forced to travel around the state to find races.

Drane and LVTC founding secretary Geoff Galvin helped cobble together a club, and races soon followed, incorporating a swim in the Hazelwood Pondage, a bike circuit around the pondage and a run to Yinnar and back.

Although amateur in its setup, a host of the club’s early competitors were quite adept, with several travelling to the Ironman world championships in Kona, Hawaii.

Zwierlein himself is among a select crowd to have competed at the event in three separate decades.

As the trend caught on, the local club – which was among the first in the state outside of Melbourne – began to flourish.

“Triathlon was at a peak. Because it was new, it was popular, and people went out to try it out,” Drane said.

“It was all pretty much amateurish in terms of organisation. They all jumped in the water, someone said ‘go’ and they swam to their heart’s content then came back and jumped on their bikes and off they went around the pondage a few times.

“A lot of people in umpiring, who would no more compete than fly, all went along on a Sunday to watch and support the boys.”

The sport itself was fast becoming a trend, and sub-trends within it were emerging.

“In the early days we’d never heard of it, it was this new strange stupid sport that blokes did,” Drane said.

“But then it started to get a bit of publicity and grow and it became very trendy too; if some bloke had a bell on his bike everyone had to go buy one because it was trendy.

Drane recalled travelling with Galvin to a race in Western Port, where the latter explained he would be at a disadvantage because a bulk of the competition had disc wheels on their bicycles.

“I was na ve and I remember saying to him ‘so what?’, and he said ‘it will at least make them go a couple of Ks faster’.”

To which Drane replied “why can’t you pedal harder?”.

While activity on the course was burgeoning, the same could not be said for the administrative side.

After about 18 months as president, Drane pulled the plug as support waned.

“In today’s terms I probably spat the dummy and said ‘alright if you’re not going to have a crack I’m not going to hang around and help you’,” he said.

A lull ensued for the club before its resurrection by a new committee, and it has not looked back with its 30th anniversary fast approaching.

For 67 year-old Drane, seeing the club he helped build endure has been a gratifying experience.

“From what started as what we all thought was just something crazy that stupid people did, to see it go on and survive and become another natural sport on the calendar is nice,” he said.

“I suppose in a way I’m kind of proud it’s still happening, (but) I mean I had nothing to do with it for the last 25 years.

“It’s good to know it’s lasted that long. It got new legs again (after a lull) and got up and going, and now it’s a pretty strong club.”

The LVTC will mark its 30th anniversary with a celebration next month.