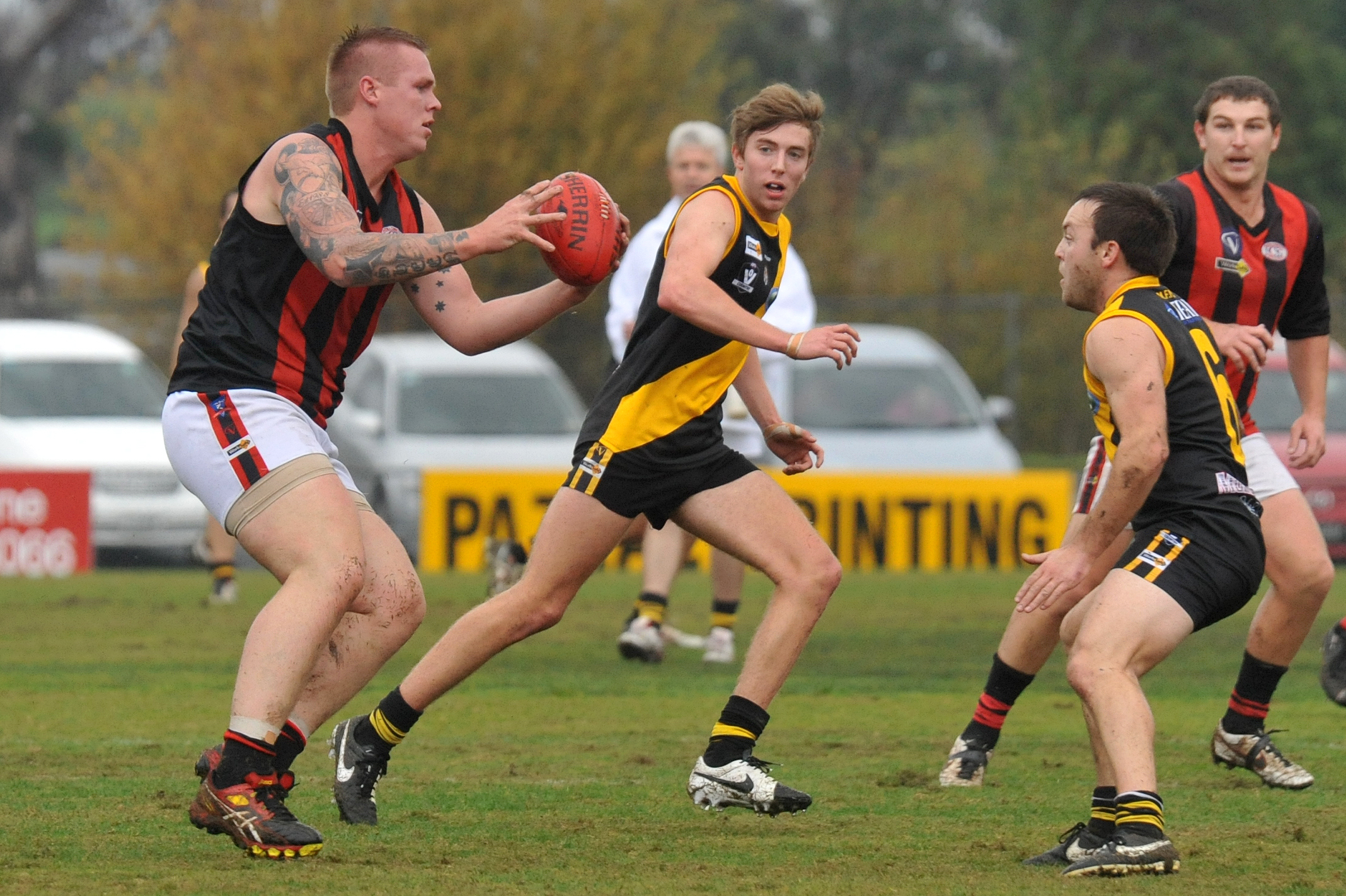 MAFFRA has stormed to the top of the Gippsland League ladder, with a win over Leongatha in the battle between the competition’s top two on Saturday.

The undermanned Parrots got off to the better start and led by 10-points at quarter-time.

However, it was all Maffra in the second as the visitor slammed on six goals to one, to lead by 15 points at half-time.

Despite losing Darren Sheen to a thigh injury, the Eagles managed to further extend their buffer in the third; the margin at three-quarter-time was 37 points.

The home team outscored its opponent in the last, however it was too little too late, as Leongatha conceded its third loss for the season and top spot on the Gippsland League ladder.

“It was good for us, they had a couple of injuries, but we can only beat what they put out there,” Butcher said.

Butcher conceded while he had hoped his side could nab four the points, it was far from a sure thing.

“We wanted to win but they are a good side, top of the ladder,” he said.

TRARALGON consolidated third spot with a 28-point win over Drouin.

The Hawks were without two of their best, with coach Bob McCallum and midfielder Daniel Nicholls playing for Vic Country in its win over Vic Metro.

The pair played for Vic Country alongside Traralgon coach Mark Collison, who was pleased by his side’s performance in difficult conditions.

“They were really atrocious conditions. It was a real slog and obviously we didn’t kick straight but had plenty of opportunities,” Collison said.

The Maroons booted 20 behinds in their win, which saw Drouin slip to seventh on the Gippsland League ladder.

“It was good to get a win. It is one of the ones I am happy to tick off and move on from,” Collison said.

Morwell got the better of Latrobe Valley rival Moe in a Sunday blockbuster.

The Lions had the upper hand early and led by 12 points at quarter-time.

The reigning premier was forced to work its way back into the contest in the second, and did so with three unanswered goals, which saw the Tigers lead by eight points at half-time.

By three-quarter-time, Morwell’s lead was out to 30 points, in what would prove to be the difference in the end; the home team ran out a 32-point winner.

The victory elevated the reigning premier into sixth on the ladder, where it sits on equal points with Sale and Drouin.

Sale snuck into the top five with an upset win over the fourth placed Wonthaggi.

“It was great to get the points against one of the top sides. We have a lot of respect for Wonthaggi and knew it was going to be a big challenge,” Magpies coach Travis Ronaldson said.

The Magpies bounced back from last week’s disappointing loss to Morwell, to beat the Power by 33 points.

Wonthaggi led early, before Sale stole the lead in the second.

However, it was the third quarter which saw the Magpies boot five goals to one, that put them in a winning position.

“What was most pleasing was how we responded to a poor performance last week,” Ronaldson said.

“It was a good four-quarter effort and we had a good spread of contributors, which you need if you want to play finals footy.”

BAIRNSDALE notched up its fourth win of the season, to the tune of eight points after a low scoring encounter with Warragul.

As was the case earlier in the year, the Redlegs got off to a good start and led by 27 points at quarter-time.

The Gulls fought their way back into the contest in the second term and trailed by just 11 points at half-time.

That was the margin again at three-quarter-time, before a goal-less last term saw the visitor run out a narrow winner.

Link Robinson was the star for the Redlegs with four goals.