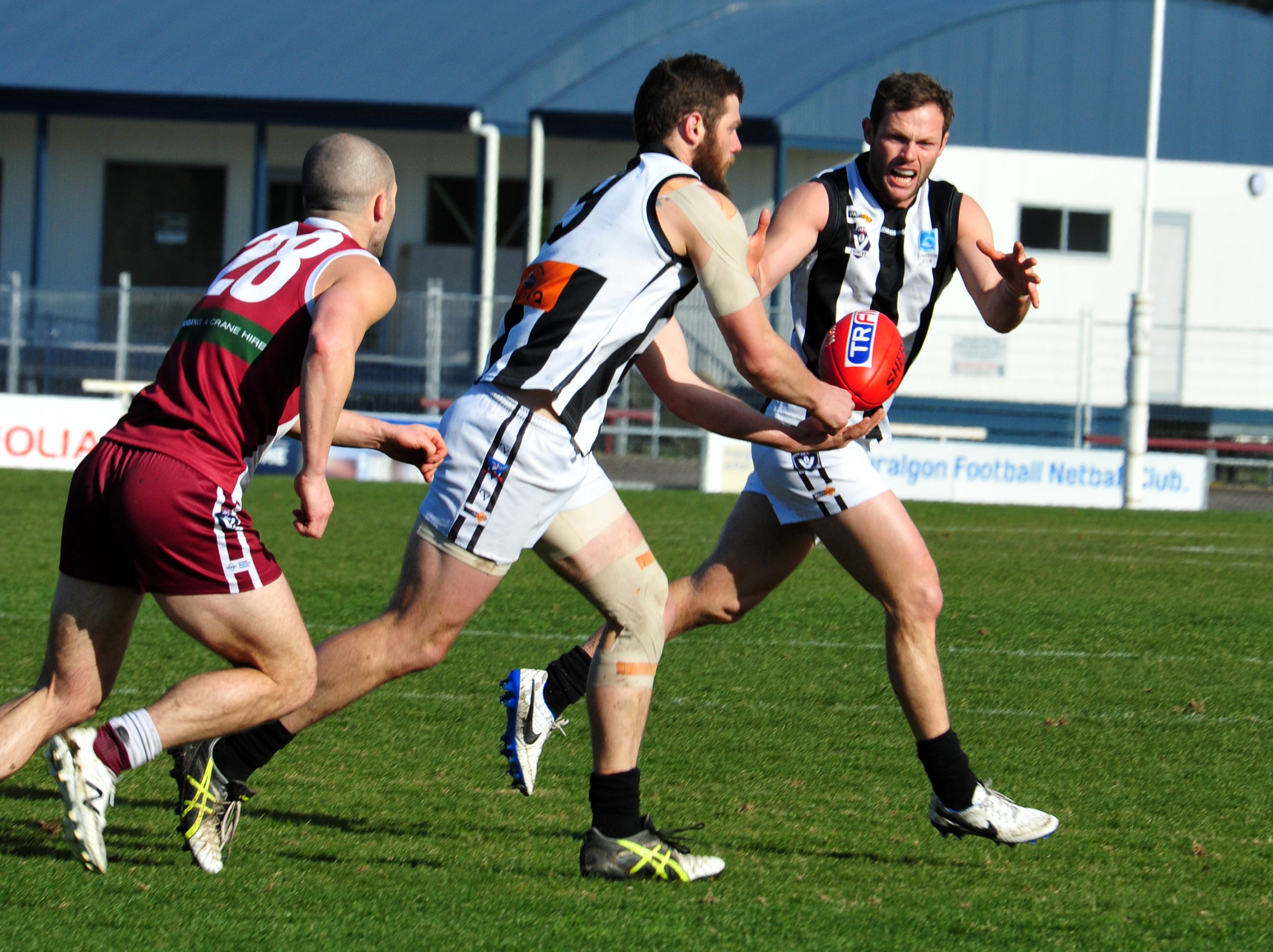 “To beat Morwell for the first time in 15 years was excellent and good for the young group… probably the best win the club has had for a couple of years,” Kidd said.

Bolstered by the inclusion of three young Gippsland Power stars, including full forward Josh Patullo and centre half-forward Ben Mckay, the young Gulls played seven under 18s in their line up.

“They are growing in confidence, obviously we had the trio from Power, which obviously gives us a massive boost,” Kidd said.

The two forwards gave the group much needed options as Patullo booted a bag of six in a best on ground performance, while Mckay contributed two majors.

“It proves to the group an our supporters that we have got the nucleus there. We can make it happen,” Kidd said.

However the Gulls took flight in the second, kicking four goals to one, to lead by 16 points at half-time.

By three-quarter-time the buffer was out to 33, with Morwell contained to just a goal each term.

Warragul did not take its foot off the pedal in the last, slamming on seven goals, while at the same time fighting off a late come back from the visitor who added five of their own.

“It was excellent, the change rooms were ‘chock a block’ for the song, everyone really enjoyed themselves and the song was sung with a lot of gusto,” Kidd said.

TRARALGON celebrated Matt Lewellin’s 100th senior game with its third win in a row, and its second this year over Sale.

But it was Jackson McMahon who was the stand out off the boot, as the Power star booted bag of four in the Maroons’ 21-point win.

The home team got out to an early lead and never looked back.

By three-quarter-time, Traralgon had extended its lead to 41 points.

Sale outplayed the home side in the last, but it was too little too late, with four goals not enough to reel in the in-form Maroons.

Traralgon sits comfortably in third on the ladder, behind Maffra and Leongatha, but a game clear of Wonthaggi.

WONTHAGGI got its own back on Moe, following its shock loss to the Lions in round four.

The Power consolidated fourth spot on the ladder, with a convincing 125-point victory.

Bouncing back from a disappointing loss to Sale, the Power held its visitor to just one goal for the entire game, while kicking 21 of its own, to keep its September hopes well and truly alive.

Maffra remains on top of the Gippsland League ladder, after a convincing win over Drouin.

Despite being without full forward Darren Sheen, the Eagles stormed to win number 11, however the ladder leader had to work for the points, especially early.

The home team led by a kick at quarter-time, but the visitor worked its way back into the contest in the second and led by four points at half-time.

Maffra stamped its authority with a six-goal third term, which saw it lead by 30 points at the last change.

The ladder leader won the last quarter too, the Hawks proving no match for the inform Eagles beyond half-time.

Daniel Bedggood had no trouble filling the gap left by Sheen, booting a bag of four for Maffra, but it was Kel Porter who was named best on ground.

SECOND-placed Leongatha returned to the winner’s board, posting its first victory in three weeks, to the tune of 73 points over Bairnsdale.

Nicholas Nagel (4), Aaron Hillberg (3) and Cade Maskell (3) were among the Parrots’ eight individual goal kickers, five of who booted more than one.