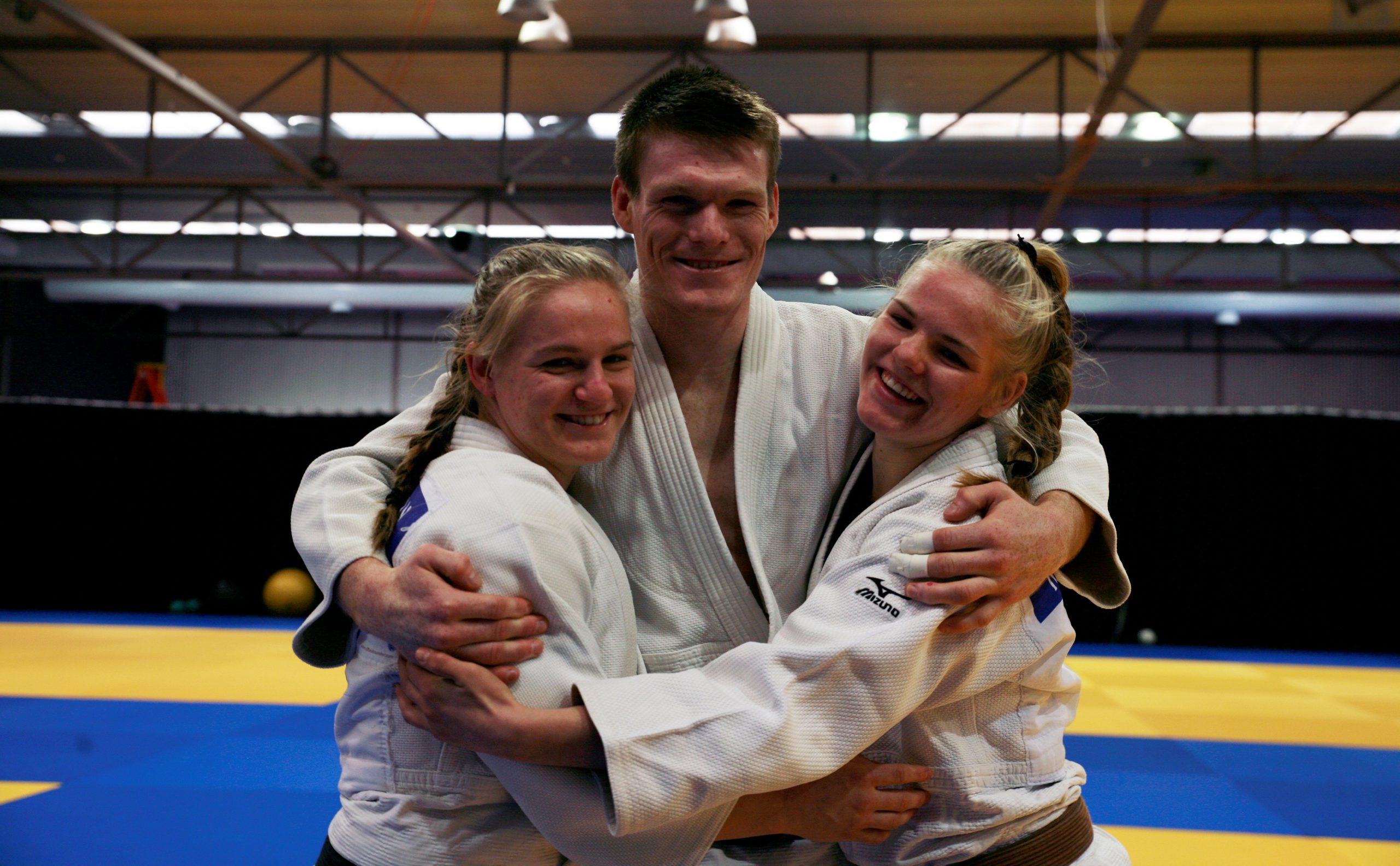 SIBLING rivalry is overstated as far as the Coughlans are concerned.

The trio from Traralgon are convinced sibling support is their best shot at Olympic qualification in judo.

Eoin, Aoife, and Meave Coughlan have been among more than 80 athletes attending the Australian Judo Federation’s elite camp at the Australian Institute of Sport, preparing for world championships later this year and building towards the 2016 Rio Olympic Games.

Australia is aiming to qualify about six judo players for Rio, with 23-year-old Eoin a leading contender in the 81 kilogram category.

But Eoin is also hoping to fight on to Tokyo 2020, when his younger sisters, Aoife, 19, and Maeve, 16, have focused their Olympic ambitions.

Judo is in the Coughlan genes.

Their Irish parents met through judo in Dublin, before relocating to Victoria to raise a family.

Maeve is still in year 11 at school but is Australia’s number one ranked player in the under 21 category and already second in the open ranks.

“I look through the family albums and there’s photos of me hanging off monkey bars at judo clubs when I was three. Up until I was 10, I used to fight boys,” Maeve said.

Eoin said family support rather than sibling rivalry was fuelling their ambitions.

“For the most part it’s sibling support,” Eoin said.

“We try to push each other at training, support each other in competition, help each other make weight. We’re a tight-knit family.

“Aoife and Maeve would be long-shots at making Rio… they’re both young and they’ve still got a long way to go in their careers, but if they can keep developing their judo I’m sure they can be there in 2020 in Toyko. It would be really nice to have all three of us there in Tokyo.

“I think they’re tougher than me. Maeve’s been exposed to such a high level of training and such a high calibre of training partners from such an early age, she’s probably got a lot more potential than Aoife or I to get to the top levels.”

The judo world championships will be held in Kazakhstan in August, while the Oceania champions at the AIS in Canberra next April will be pivotal in selection for Rio.

“The big competition for me is next year’s Oceania’s and if I can win that then I’ve almost guaranteed a spot to Rio.”

Australia will likely take a young and inexperienced team to Rio, but hopes that will build towards success in 2020.

Judo has also been a major focus of the AIS Sports Draft, a program launched in 2013 to discover talent in other sports and try to convert them into future Olympic medallists.

Nine judo players have been identified and given scholarships since the program was launched in 2013.

Nominations for the next AIS Sports Draft have opened nationally, with trials to begin in August 2015.