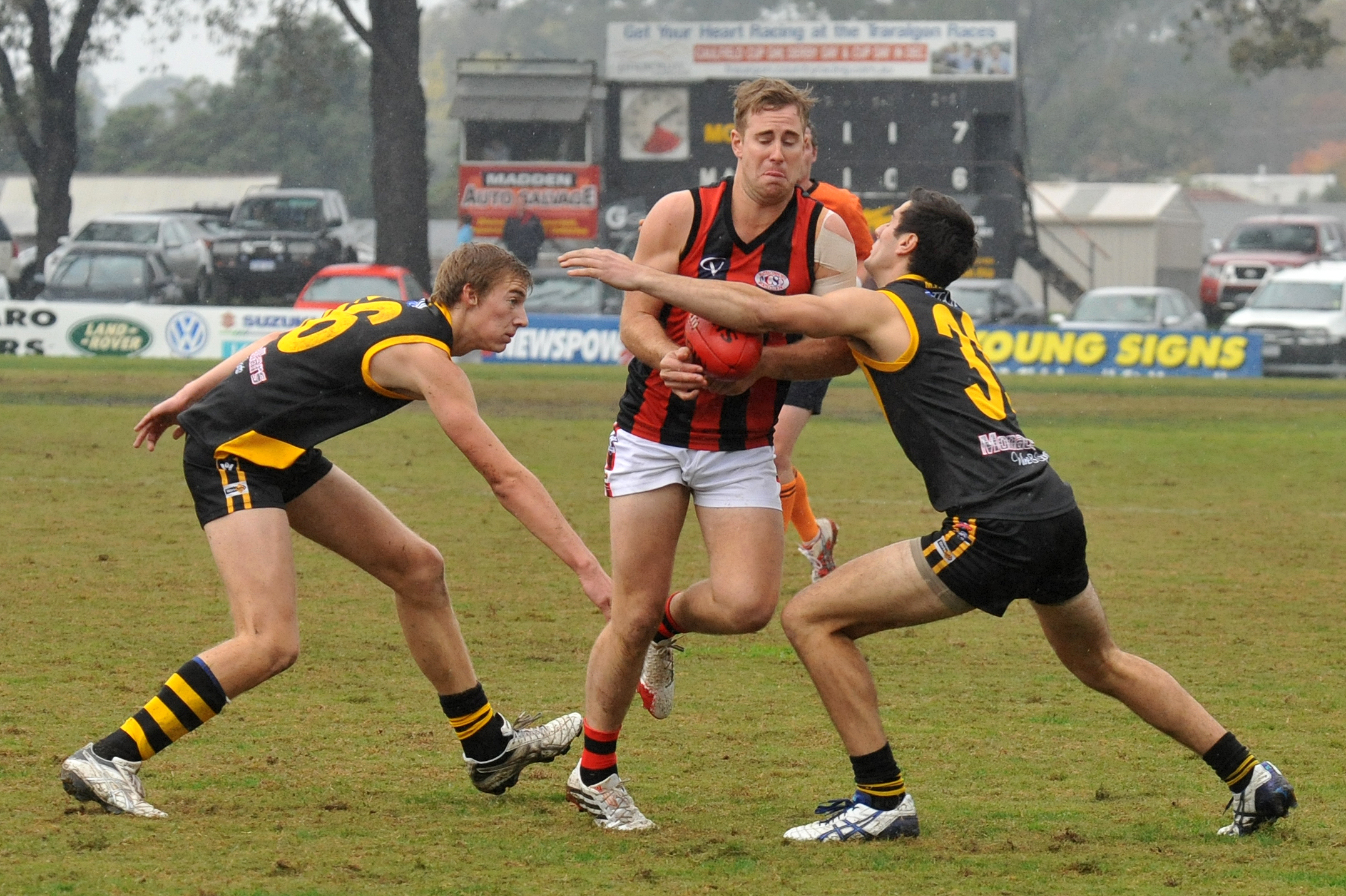 MORWELL must bounce back from last weekend’s disappointing loss to bottom of the table Warragul to stay in touch with the Gippsland League’s top five.

The reigning premier has plenty of reason to be confident heading into Saturday’s clash with ladder leader Maffra.

The Tigers have won seven of their past eight against the Eagles and the most recent victory came in spectacular fashion; visiting Maffra, Morwell came back from 46 points down at the 11-minute mark of the third quarter, to steal the points in the last kick of the match.

The Eagles have not won at Morwell since 2011, however that won’t bother the visitor, which has not been beaten since its round five loss to the Tigers.

TRARALGON will be vying for its 10th win of the season when it travels east to take on Bairnsdale.

The third-placed Maroons have dominated in recent clashes with the Redlegs, comfortably winning the past six encounters, the past five by margins of more than 47 points.

Sitting comfortably in third position on the ladder, the Maroons are vying for their fourth straight win as their eyes off the all-important second chance come September.

THINGS are looking up for bottom of the table Warragul.

Fresh from an upset win over reigning premier Morwell, the Gulls will be looking to make it two in a row when it hosts Wonthaggi.

The positives are shaping up off field too, with the Gulls re-signing coach Steven Kidd and key player Brad Scalzo.

“We have started signing players. We want to retain our list and it’s starting to happen,” Kidd said.

The win over Morwell has given the young list the confidence it can match it with the rest of the competition.

“Things are looking good. Everyone is positive and the most important thing is everyone is having fun,” Kidd said.

DROUIN must win Saturday’s clash with Moe, if it wants to keep its finals hopes alive.

Having lost their past two in a row, the Hawks sit in seventh on the ladder on equal points with Sale and Morwell, but lacking in percentage.

If years gone by are anything to go by, fans could be in for a thriller; just a point separated Moe and Drouin when they played at Ted Summerton Reserve in 2009, while they drew in 2011 after a late comeback from the Hawks.

The Lions have won their past two at home against the Hawks, to the tune of 21 and 70 points.

Sale might be sitting three rungs below Leongatha on the ladder, however the visitor has had the upper hand over its opponent in recent years.

In fact Sale has won its past seven straight over the Magpies, and eight of its last nine.

Earlier this year Sale became the first team to beat the in-form Parrots which until then were undefeated.

Saturday’s encounter will mark the 50th time the sides have met at Leongatha, however at 25 (Sale) to 24 (Leongatha), the historic ledger is much closer.