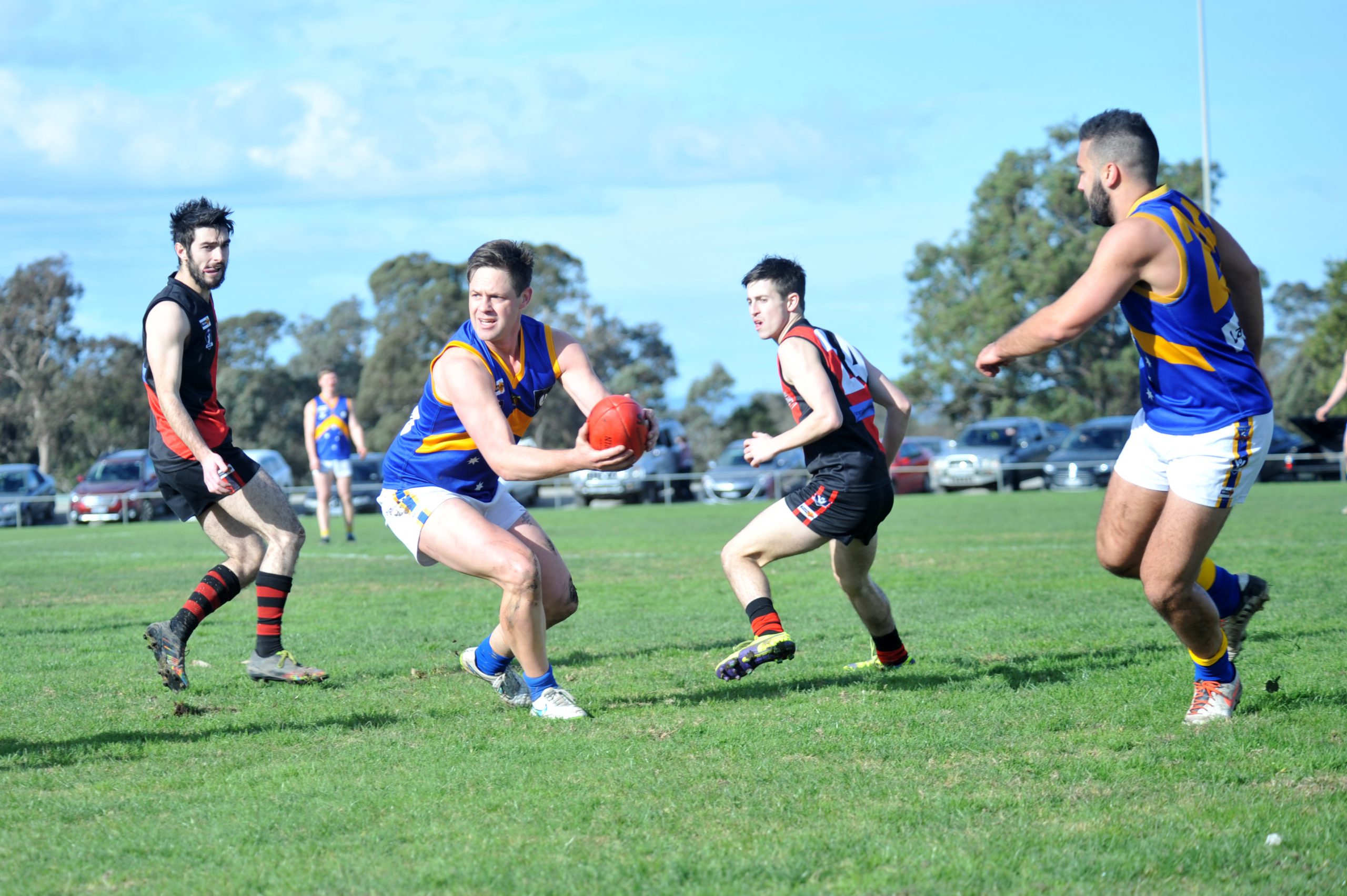 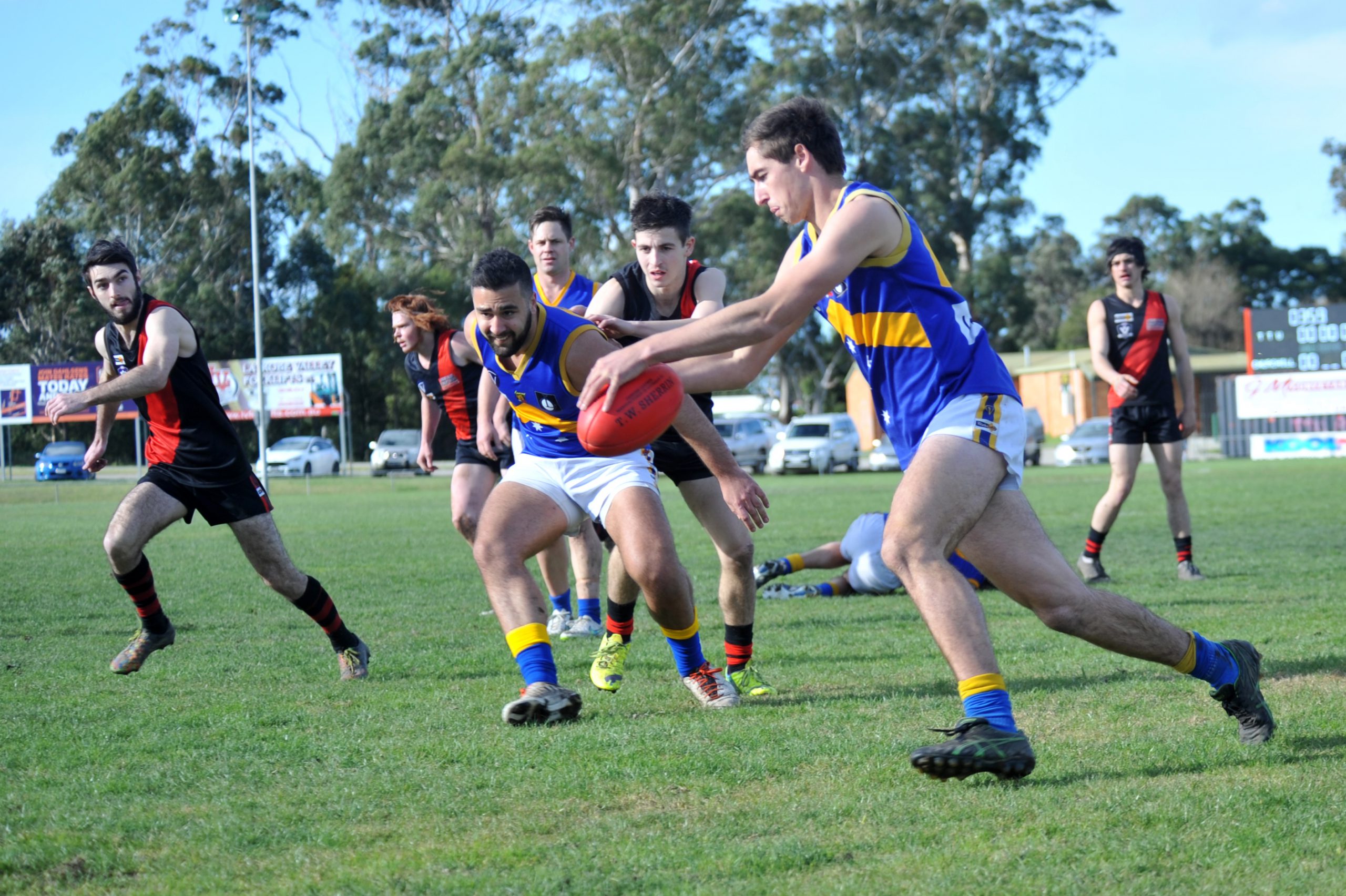 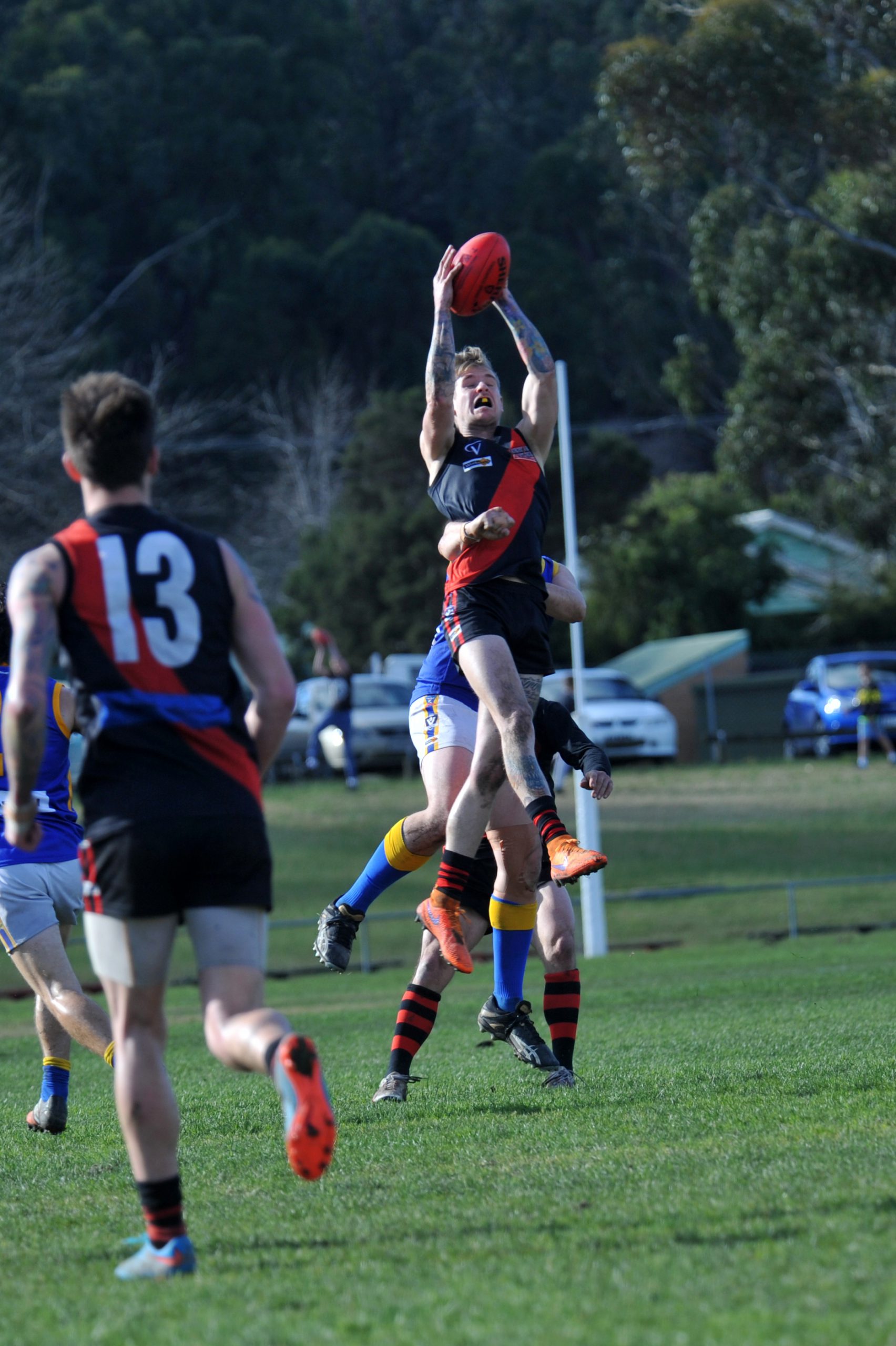 Reigning premier Churchill was bundled out of the top five following a 51-point thumping by Traralgon Tyers United in North Gippsland football.

The crucial victory in the highly anticipated match has not only firmed TTU’s credentials, but it has also laid claim to a stake on a return to finals football.

For the Cougars, it has left last year’s number one ranked side high and dry ahead of the final month of the home and away fixture.

Bomber Brian Graham proved a handful early as he toiled hard to create an opportunity in front of goal.

It did not take long for TTU to work the ball up to centre half-forward Stephen Hawkins, who registered the first major.

Leigh McDonald scored the Cougars’ first and only goal for the term as Churchill entered the first break 11 points down.

The Cougars opened the scoring in the second quarter in under 16 seconds as Chris Williams and McDonald made their impact felt at the centre bounce.

Churchill’s defence, led by best on ground Jarrod Broadbent and Brayden Kokshoorn, were in overdrive as they cut off the loose delivery into the Bombers’ forward line while Dale Paterson patrolled the last line of defence.

The Bombers began to dominate play in their forward end of the ground, but were unable to capitalise as the Cougars pushed the ball forward through McDonald to Tim Darby.

Darby slotted through his first and handed the visitors the lead at the 11-minute mark of the second term. Graham’s major saw the lead again change hands, before Rhys Martin added another to hand the Bombers a two-goal buffer.

Darby made it two for the term, before Bombers coach Jay Neagle got the quick reply to extend the margin to 15 points ahead of half-time. With the clock counting down on the opening half, Hawkins added another after Graham flew high in the pack to bring the ball to ground.

Brad Knowles hit the scoreboard early in the second half as the visitors wrestled back the momentum.

The challenge was quickly flattened when Martin charged through the middle of the ground where he found Hawkins, who added to his tally of six.

Hawkins was on the end of yet another major, as Churchill coach Allan Chandler moved Patterson forward as he looked to create headaches for the Bombers’ defence.

The Bombers’ lead was extended to five majors as the game quickly drew away from the reigning premiers.

But Churchill again sprung to life as forward Brendan Holt instigated the charge on the scoreboard.

As quickly as Churchill got one back on the scoreboard TTU replied.

A crucial mark by Holt approaching three-quarter-time resulted in Churchill’s fifth major for the term, before Chris Weller pounced on the loose ball to make it three straight for the visitors, making it a 14-point ball game.

Quick out of the blocks TTU registered the first major followed by another to livewire Hawkins.

The flood gates quickly opened on a seven-goal-to-one final stanza.

Hawkins’ six goals were telling in the Bombers’ victory, while Martins’ influence around the contest was vital.

Captain Luke Middleton held his own against the ruck combination of Brown and Dillon Leys.

ROSEDALE wrestled itself back to top spot on the ladder after a six-goal-to-nil third term killed the contest against Yarram.

The Blues turned a four-point half-time lead into a commanding 40-point margin at the final change.

With a top three finish on the line there was plenty at stake.

Yarram defenders Trek Davis and Chris Pettitt were among the team’s best as they looked to contain the Blues’ sharpshooting forwards.

The Blues looked to the likes of Brandon Henness, Corey Beaver and Jake Mowat who finished with two goals each.

For Yarram, Corbin Sutherland and Justin Staley were held quiet with two and one goals respectively.

Heyfield was defiant in a do-or-die contest against Sale City.

Down by nine points at the first change, Kangaroos defender Scott Anderson, Jesse Jackway, Adrian Cox and Jack Woodland worked hard to place the visitors two points ahead at half-time.

Heyfield dominated the contest after the main break, however inaccuracy kept the Dogs within 14 points at the final change.

Heyfield’s charge on the scoreboard was led by James Beha (3) and multiples from Josh Stubbe and Jackway.

The Kangaroos’ defence were staunch against the likes of City’s key forwards.

Heyfield ensured its unbroken sequence of finals football remained intact with the win elevating the side from sixth to fourth.

A best on ground performance and four goals from Cowwarr’s Brett Street ensured the Saints continued their strong showing of the past fortnight.

It was far from one-way traffic, with spectators treated to an entertaining contest.

The Saints held a five-point margin at the first break and extended it to 15 at half-time.

The Wildcats quickly felt Cowwarr’s wrath with the Saints kicking 9.4 (58) to 1.2 (8) in a third term which buried the Wildcats.

The tables were turned in the final stanza as Woodside handed the Saints a bit of their own medicine, keeping Cowwarr to one major.

GORMANDALE chalked up its third win of the season with a 14-goal victory against Glengarry.

A 10-goal-to-one opening half was among the highlights for Luke Henderson’s Tigers, who found the inclement conditions to their liking.

Jordon Sandy continued his form in front of goals with four, while Al Jenkin popped up in the forward arc to finish the match with two majors.