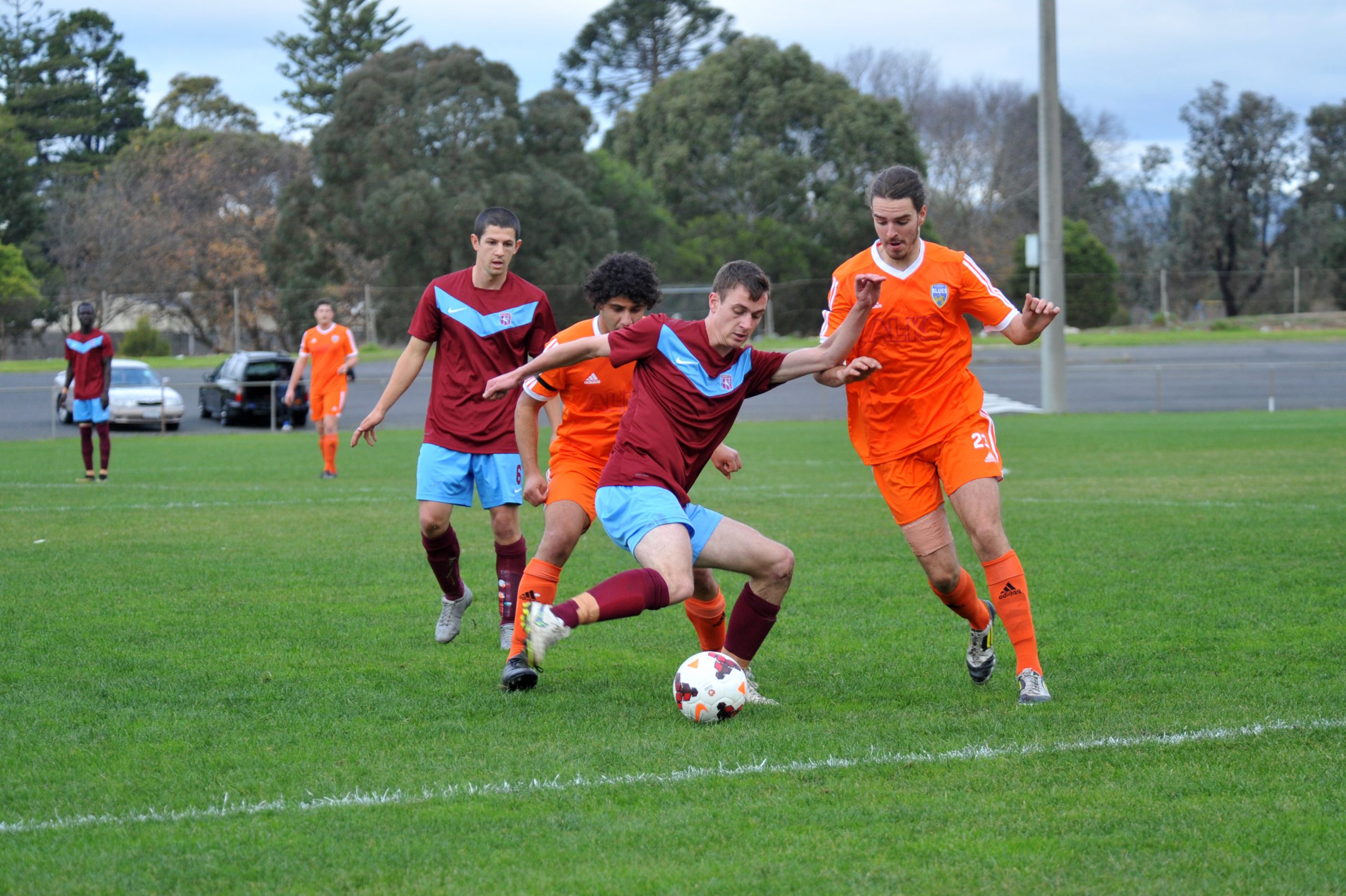 MORWELL Pegasus has its sights set on ruining Mornington SC’s celebrations this weekend when it travels to meet the State League division one south-east ladder leaders.

Mornington sits comfortably at the top of the ladder, nine points clear and with superior goal difference over nearest rival South Springvale, needing only one more victory to secure the title.

But Pegasus coach Luke Cheney hopes to put a dent in Mornington’s plans this Saturday.

“We will be switched on for Mornington and every time we travel there the boys stand up,” Cheney said.

“We will give it a red hot go this weekend… and if we pinch a point from them I’ll be satisfied and if we win I’ll be delighted, but it’s not going to be an easy one.”

Mornington’s only loss of the season came at the hands of Frankston Pines 2-1, but Cheney’s confident his squad will have the quality to test the league leaders.

“We beat Frankston who defeated Mornington so that gives us a bit of confidence that we can beat them, so we’ll take that into consideration,” he said.

“But we know how it’s going to go – it’s not going to be an easy game. “If we can go in there and win and (postpone) their party for one more week then I’d be more than happy.”

Pegasus is looking to return to the winner’s list after suffering a 3-1 loss to Clifton Hill at Morwell on Saturday. The loss sent Pegasus down to seventh on the ladder, one position ahead of Warragul United.

The Horsemen dominated much of the game only to concede 10 minutes in against the run of play, and the second half was no different.

Clifton Hill was able to capitalise on a small amount of chances to find the back of the net, frustrating Pegasus.

“We still pressed for goals and controlled the majority of the game, but our lack of finishing and player availability hurt us on the weekend,” Cheney said.

“They’re sitting third and we could have gotten something out of this; it was a disappointing end to the day and they took their opportunities, that’s the beauty of the game.”

However, he was confident Pegasus could still finish the season in the top four, with a favourable run home on the cards.

Following the Mornington match the Horsemen face clubs on the lower end of the ladder, which in the first half of the season Pegasus was able to snatch 10 out of a possible 12 points from.

Pegasus had better luck in the reserves, with the Horsemen recording a convincing 4-1 victory against Clifton Hill.

Round 18 (AWAY) v Mornington SC

Round 22 (AWAY) v Manningham United Blues