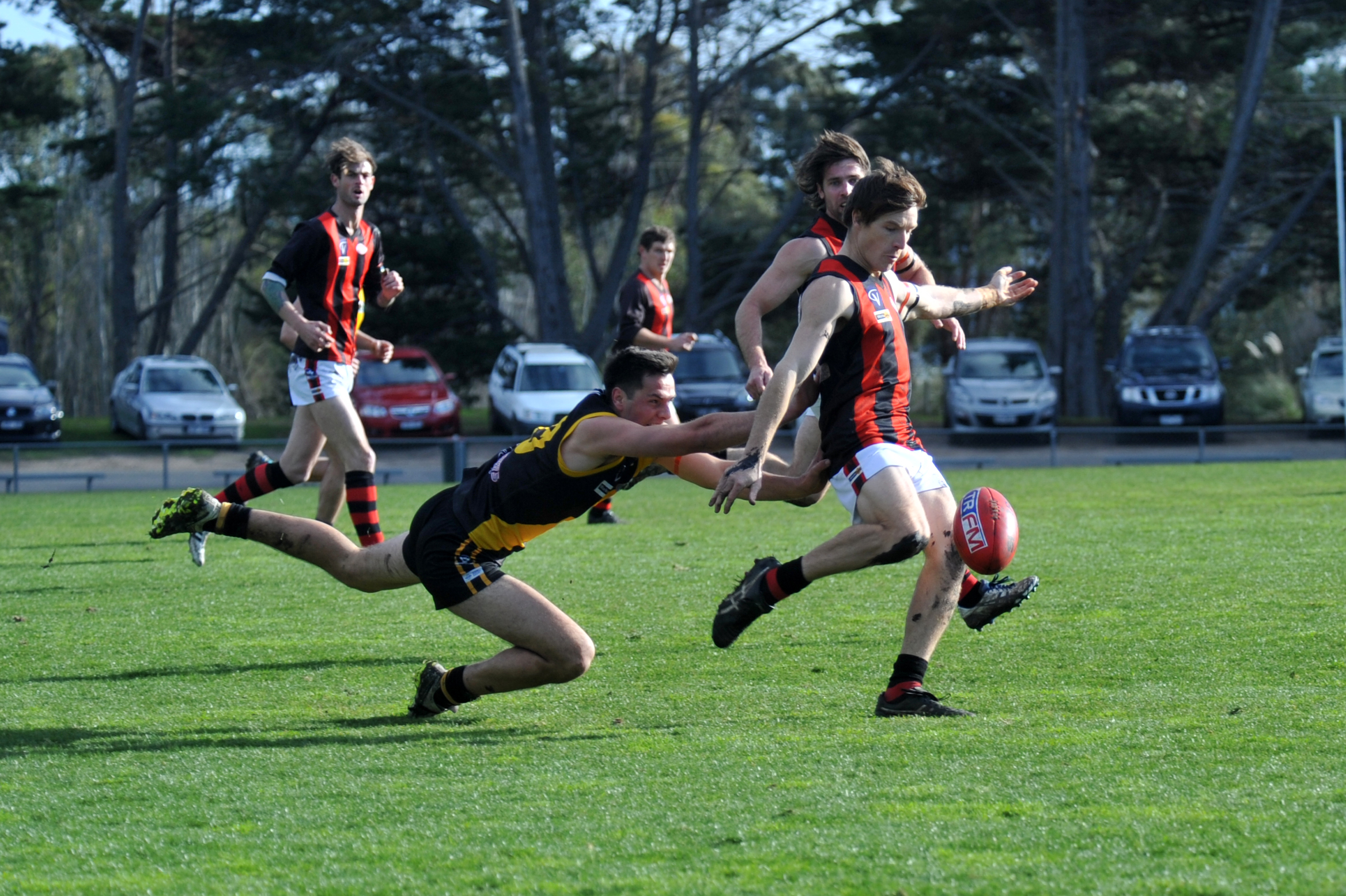 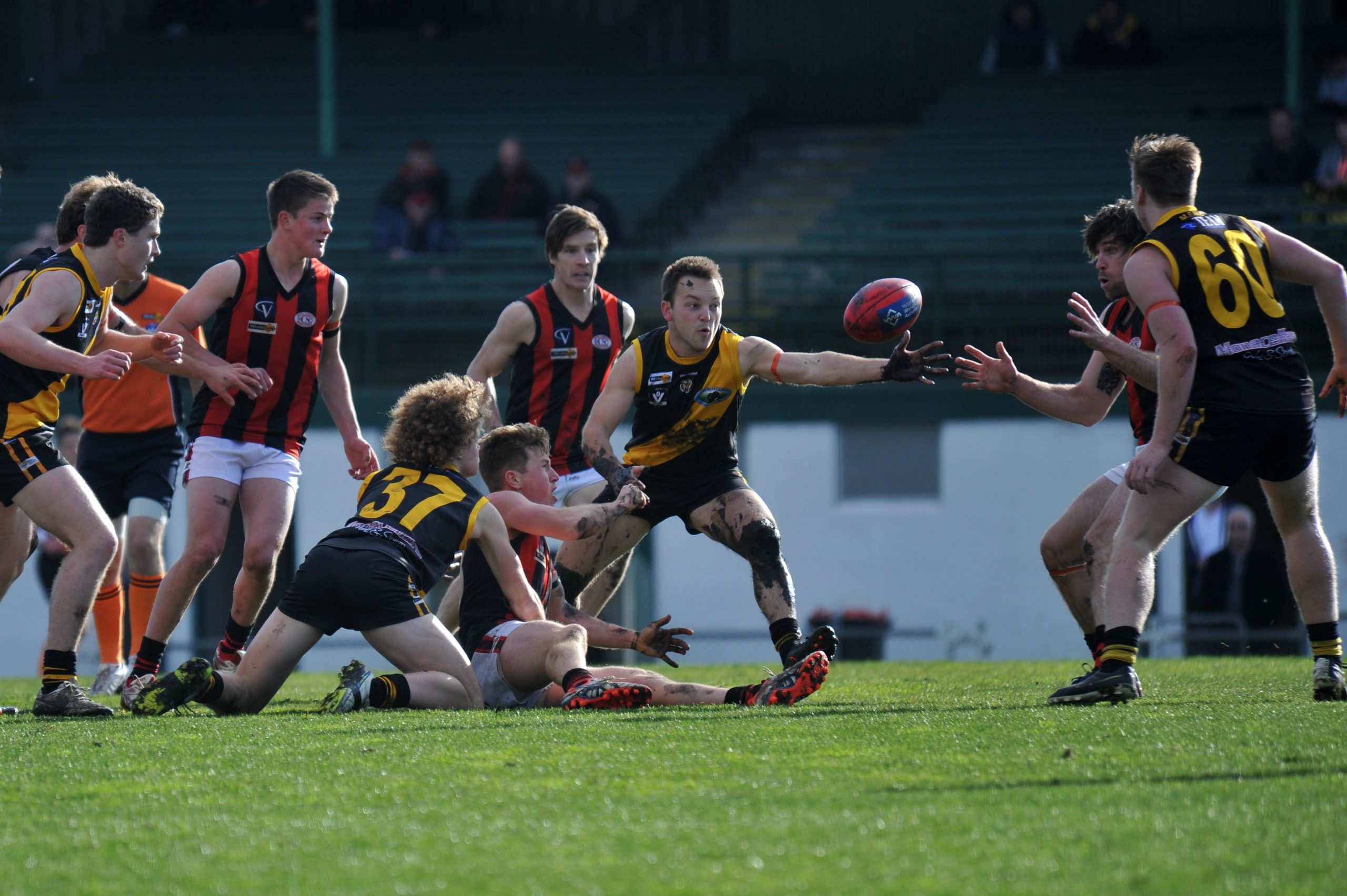 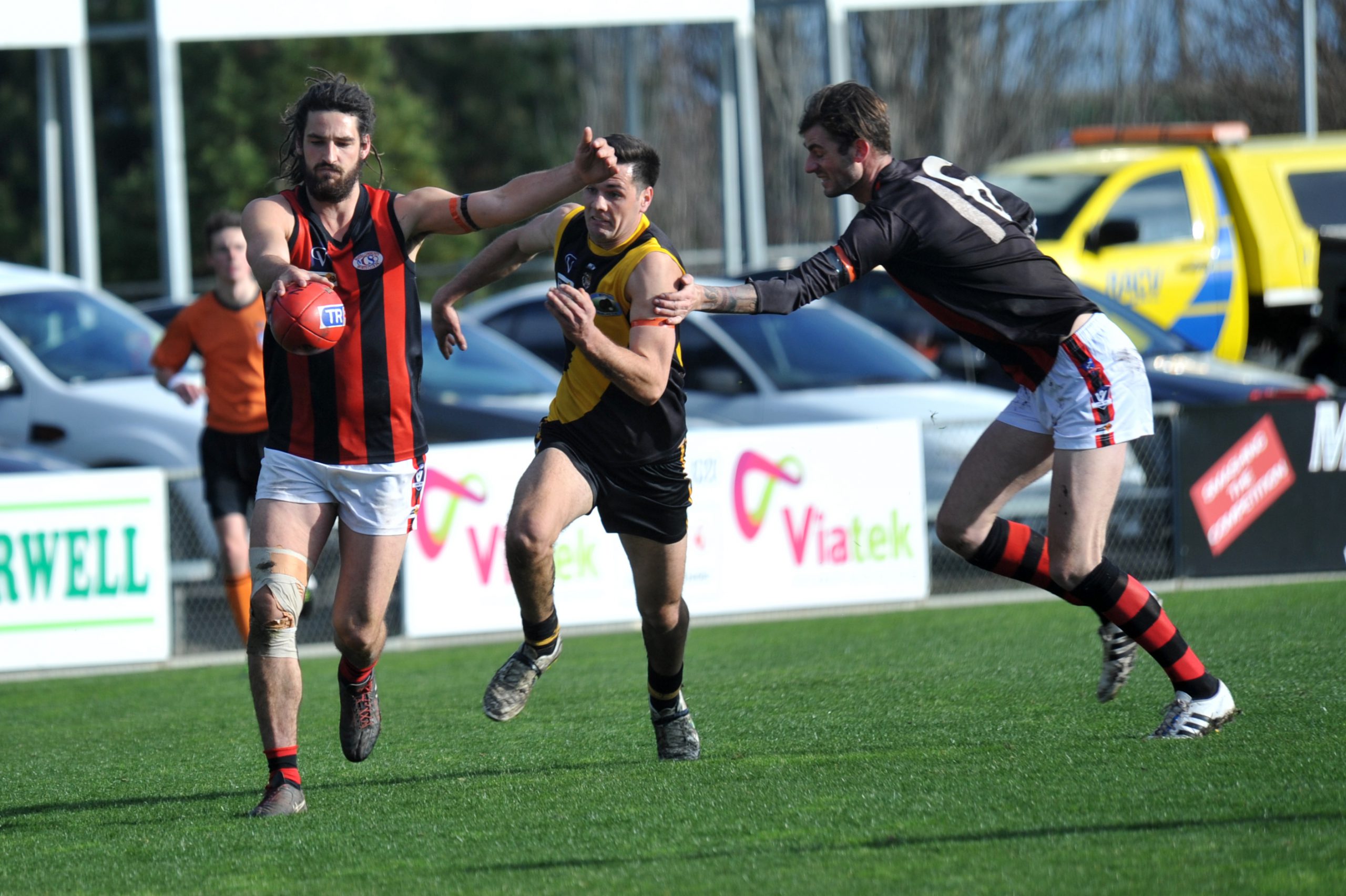 The Gippsland League’s top five is beginning to take shape after round 14, with four points now separating each of the teams.

At the weekend all clubs donned orange arm bands as part of a campaign to stamp out violence against women.

Maffra stamped its authority on the competition with its ninth consecutive win, this time demolishing reigning premier Morwell by 62 points.

The odds were against the ladder leaders, with the Tigers having won seven of its past eight against the Eagles.

However, the visitors got one back on Morwell, which in round five recovered from 46 points down at the 11-minute mark of the third quarter, to steal the points with the last kick of the day. It was a much different story on Saturday, with the Eagles kicking their way to an early lead. The visitors led by 15 points at quarter-time and 28 at half-time.

However, the bulk of the damage came during a dominant third term when Maffra slammed on seven goals to Morwell’s one, to run out 62-point winners.

Darren Sheen returned to the line-up in style with a bag of seven majors.

Traralgon remains in the all-important third spot, after notching up its 10th win of the season to the tune of 92 points against Bairnsdale.

The visitors got out to an early lead in the opening term, leaving their opponents scoreless. The roles were reversed in the second, however the Redlegs failed to capitalise, managing just one goal, one behind to Traralgon’s one point.

The Maroons came out firing in the third, slamming on nine goals to lead by 82 points at the last change.

Coach Mark Collison was named best on ground for the visitor, alongside Hayden Britton who kicked four.

Drouin bounced back from consecutive losses to record one of its most important wins of 2015, with the Hawks sneaking back into the top five with a 43-point win against Moe.

“It’s definitely one we needed to get; it was one of those ‘should win’ games but one of those games that was always a danger,” Drouin coach Bob McCallum said.

The Hawks entered the match against the Lions off the back of consecutive losses to Traralgon and Maffra..

“Two really disappointing losses… we led Traralgon at three-quarter-time and we led Maffra at half-time and should have been in front by more,” McCallum said.

With finals chances on the line, the visitors were on fire from the outset and slammed on six unanswered goals in a dominant opening term to take a 37-point lead into quarter-time. It was a similar story in the second, with the Hawks booting four goals to Moe’s one to lead by 56 points at half-time.

Moe kicked six goals to three in a final-term comeback, but it was too little, too late as Drouin held on to gain the four points.

“It was definitely a confidence booster, but our second half efforts left us on a bit of a downer,” McCallum said.

“The game was won in the first half, which took the sting out, but I said to the boys after the game it would have been nice to continue on and practise a four-quarter effort; we just weren’t able to do that.”

Hot on Maffra’s heels is Leongatha, which got its own back on Sale, the side that ended its unbeaten start to the year back in round five.

Saturday marked the 50th time the sides had met on the Leongatha surface, with the ledger now locked at 25-apiece.

The 76-point win was the Parrots’ first against the Magpies in eight encounters.

The home team did not muck around, kicking five goals in every quarter to run out comfortable winners.

Jake Best’s eight goals earned him best on ground. It is back to the drawing board for Sale, which sits a game outside the five, on equal points with Morwell.

“We have been a bit inconsistent, so it was great to get the win,” Power coach Rob Railton said.

“We won against Leongatha, then went up to Sale and they beat us there; finally we have strung together two-in-a-row.”

The much-improved Gulls led at quarter-time and were right in it at half-time.

“Warragul was really good, especially in the first half,” Railton said.

“They are a really young team, they are improving and you can see it in their young kids.

“They just couldn’t sustain it for the four quarters… it was just the experience and bigger bodies that got them in the end.”

The visitors kicked away with a five-goal-to-one third term, before finishing the job with seven unanswered majors in a dominant final quarter.