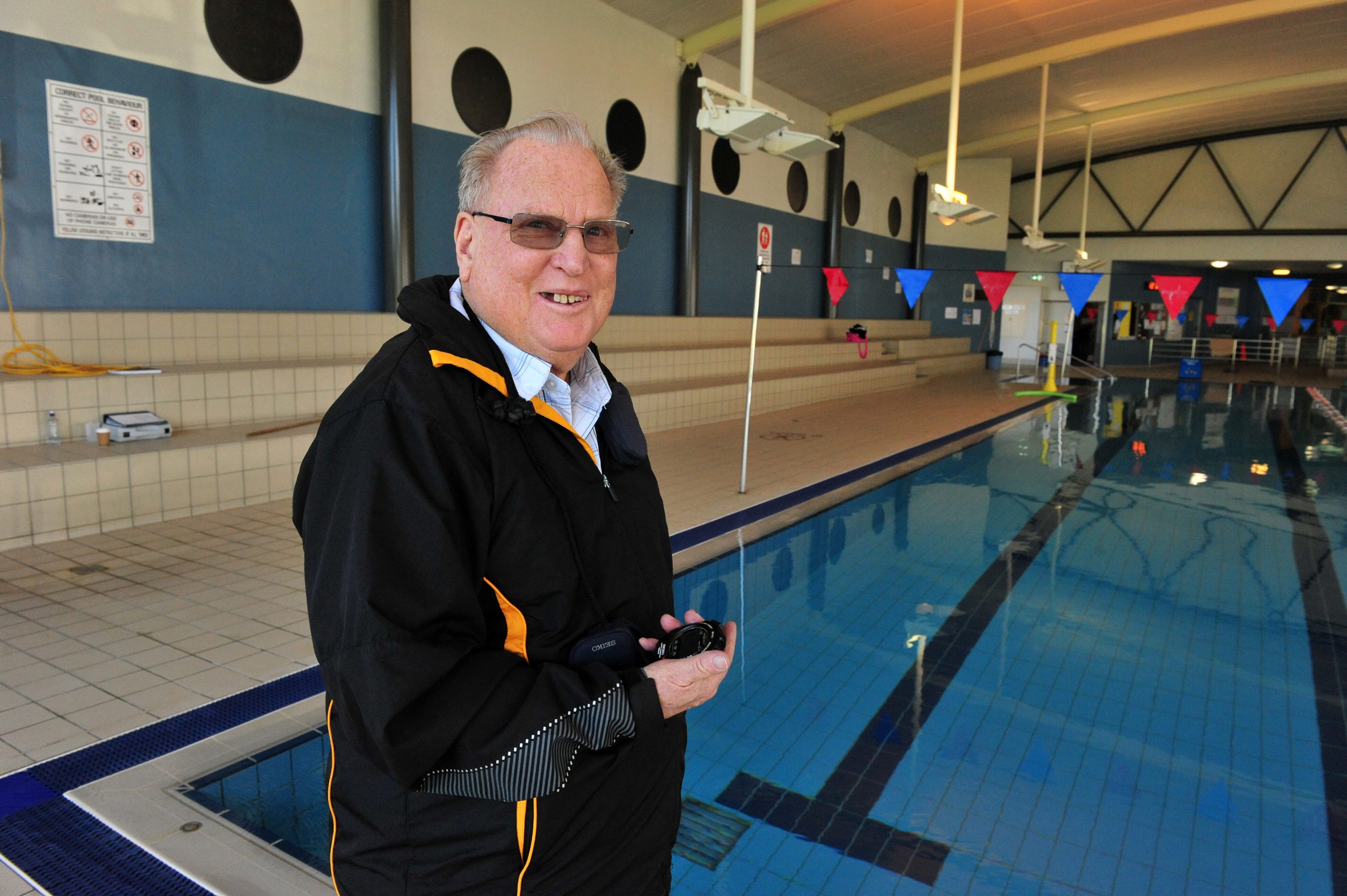 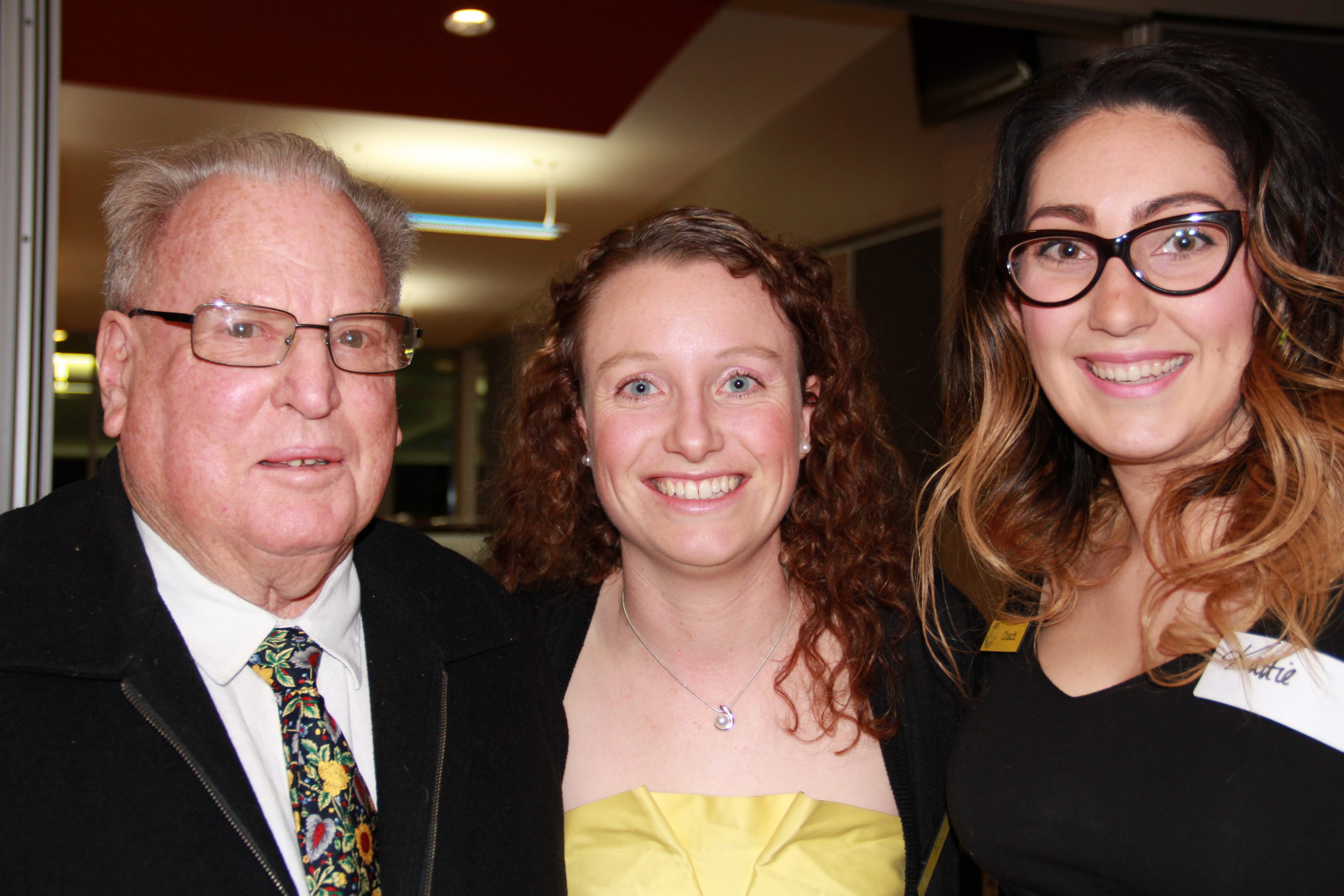 I WAS the kind of swimmer who turned up to training and forgot to bring her bathers.

Sometimes, I would pretend to have a cramp and sit on the pool deck, stretching, while the more dedicated swimmers completed their sprint time trials.

Perhaps I didn’t take swimming as seriously as I should have.

But that all changed when I came under the watchful eyes of head coach Geoff Peterson – the kind of man who demands and deserves your respect.

The 77 year-old has just retired after 23 years at the helm of Morwell Swimming Club and a coaching career that spans more than 40 years.

He says it’s the kids, more than anything, who have kept him setting his alarm each weekday for a 5.30am training session.

Geoff never swam competitively himself, but started coaching when licences were first introduced.

He joked that he didn’t much like the parents, who could become a headache when selecting relay teams.

He did acknowledge though, most “were only trying to do the best for their own child”.

Geoff has seen the likes of the naturally talented and the determined swimmers achieve country, state and national level.

He has also watched over the development of 10 and under junior swimmers as they learned freestyle, backstroke, breaststroke and butterfly – some within the space of 12 months.

He admits coaching has more than one role.

“You had a function, you were sort of a confidante in a way,” he said.

“If a kid had problems, you would hear about it – they would come and talk to you.

“Basically you were there, to make sure they kept on (going).”

Over the years, Geoff’s most successful swimmers include the likes of Daniel Bertacco, who made a shadow Australian team and came second in the Canadian Summer Championships.

There were also Susan Hunt, Chris Olorenshaw and Annie Pepper who became impressive swimmers in their own right.

Although Geoff admitted hard work and dedication paid off for most, he said natural talent did help.

“You can’t make a kid a champion swimmer,” he said.

“Unless they have a number of attributes that go around with that, you can’t say, well ‘I’ll make you a champion swimmer’.

“A swimmer has to be tough and they have to be disciplined to swim in a manner that is going to make them successful.

“I think the role of the coach is to keep the person on track as to the stroke and have some sort of plan as to how to tackle the race.

“There is more to it than just slogging up and down.”

Geoff said he would miss the interaction between each of the swimmers he had coached, who taught him something new everyday.

“Basically you learnt all the time,” he said.

“I think I was still learning right up until the moment I finished.”

He is now looking forward to a retirement which will include travel and more frequent sleep-ins.

In the mean time, he will stay involved in committee meetings and continue to help set up home-club meets.

As for the coaching, he remains confident he’s left the stopwatch in good hands, with Melissa Scholes and Jonathon Hayes.

“I’m pretty certain that Melissa and Jonathon will help (the club) grow again.”