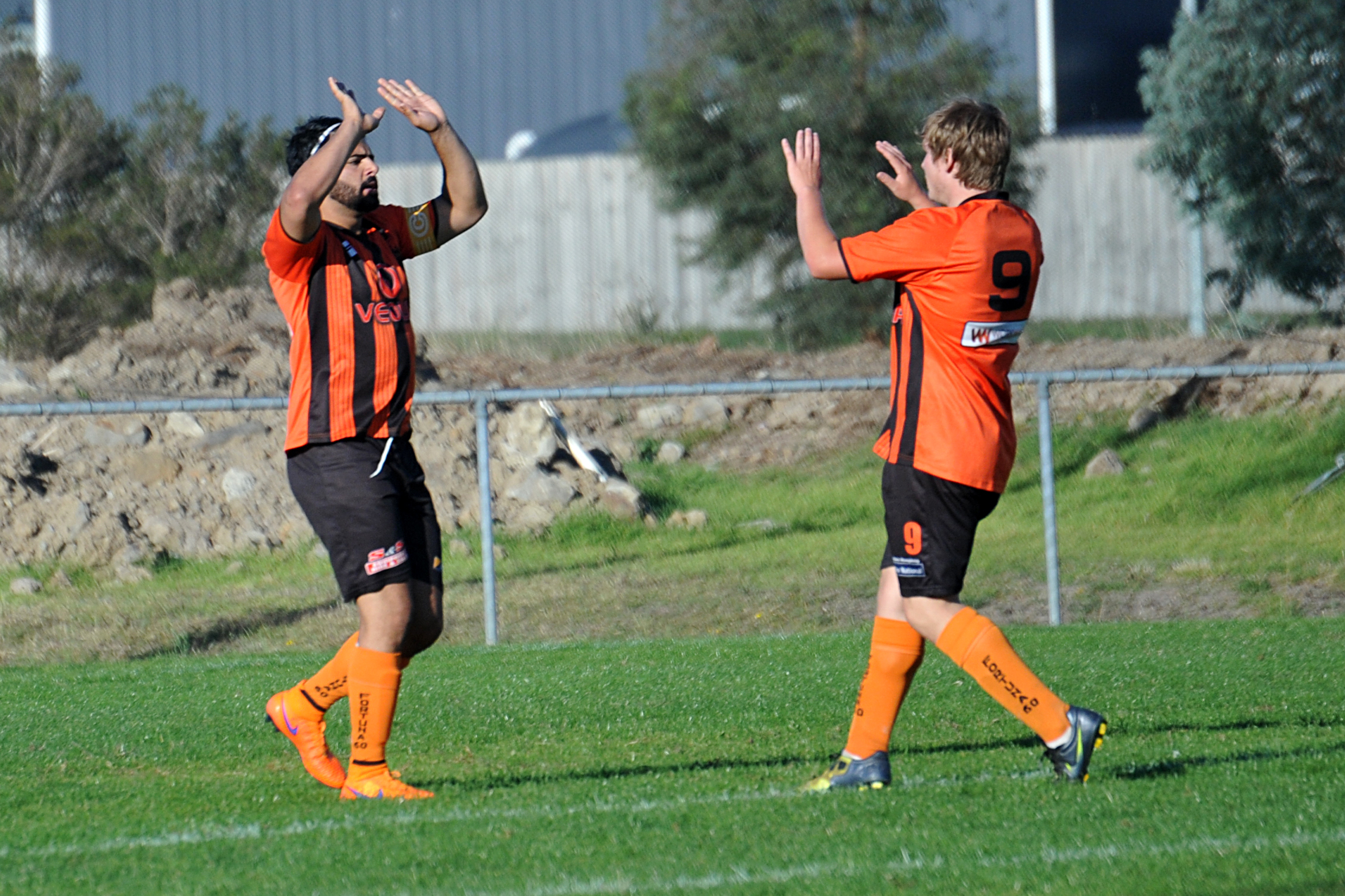 It was all one-way traffic at Ronald Reserve on Sunday with Churchill United finding the back of the net 17 times against Morwell Pegasus in its round 19 Gippsland Soccer League central division match.

The Horsemen had no answers as the Rams stormed ahead to an 8-0 lead by half-time.

Churchill’s intensity in the second half did not waiver as it added a further nine goals to its tally.

Falcons’ grip on the league championship tightened after accounting for Tyers 4-1.

Falcons remain four points clear at the top of the ladder, with Sale United and Moe United hot on their heels.

Tyers has shown vast improvement this season and will be out to return to the winner’s list this Sunday when it meets East Gippsland United.

Goals to Mark Fairbrother and Jayden Mathison ensured the Combine took all three points in a tough battle against Traralgon City.

The Roosters and NYU were level at half-time 1-1, but the Combine broke the deadlock in the second to win the game.

The win pushes the Combine nine points clear of fifth-placed Olympians, while the Roosters sit one-point adrift of ninth-placed Tyers.

In the game of the round, second-placed Sale United faced third-placed Moe United.

Going into the game, both teams were locked on 45 points on the ladder, separated only by goal difference.

By half-time the game was locked at nil-all, with both teams eager to break the deadlock and claim second spot on the ladder as their own.

It was the Swans who finally broke away with a goal each to David Simpson and Carlyle Eves to claim a 2-0 victory.

Four goals in the first half for Olympians were enough to secure the points against Trafalgar Victory on Sunday.

Olympians fired off to a 4-0 half-time lead thanks to goals from Blake Minster, Tayler Charalambous, Jeremy Sanchez and Aaron Daniels.

However, Trafalgar regrouped to hold off a further avalanche of goals in the second half, and added one of its own, but the damage was already done with Olympians winning 4-1.

Fortuna 60 was never troubled in its match against East Gippsland United, winning 4-0.

The Orangemen travelled to EGU and quickly stamped their dominance with two first half goals.

Fortuna then doubled the scoreline in the second to take home the three points.

A brace of goals came from Hayden Tanti, who now has 18 to his name this season, and singles to Kuku Mahmoud and Ivan Vekic.

Monash had the bye.