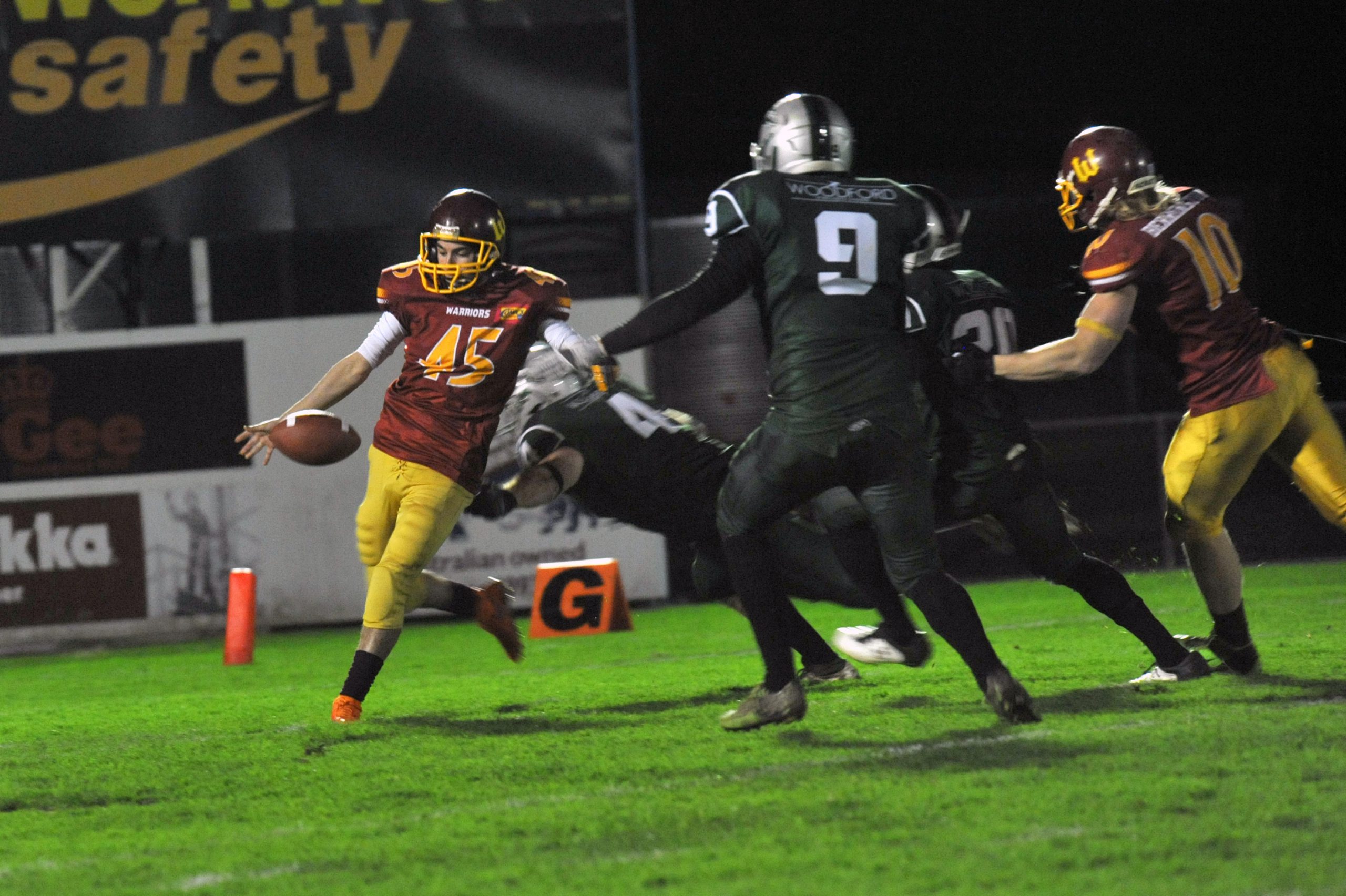 MORWELL played host to the showpiece of the state’s gridiron series on Saturday, when the Vic Bowl division one and two finals ignited at Latrobe City Sports Stadium.

Locals and travelling supporter troupes alike were subjected to high octane American football and a mammoth upset in the main game.

Croydon Rangers denied Monash Warriors a fourth consecutive Vic Bowl crown with a defiant 16-7 victory in the division one decider.

“It was really good to see the Rangers get out on top given the season they’ve had this year,” Hadgkiss said.

“Just to be able to host an event like that was really good not only for us but Gippsland as well. It’s bringing more people down into the Valley.”

The second division precursor was won by Pakenham Silverbacks 9-6 over Monash Barbarians. The landmark occasion was hosted jointly by Gippsland Gladiators, Falcons 2000 and Latrobe City Council.