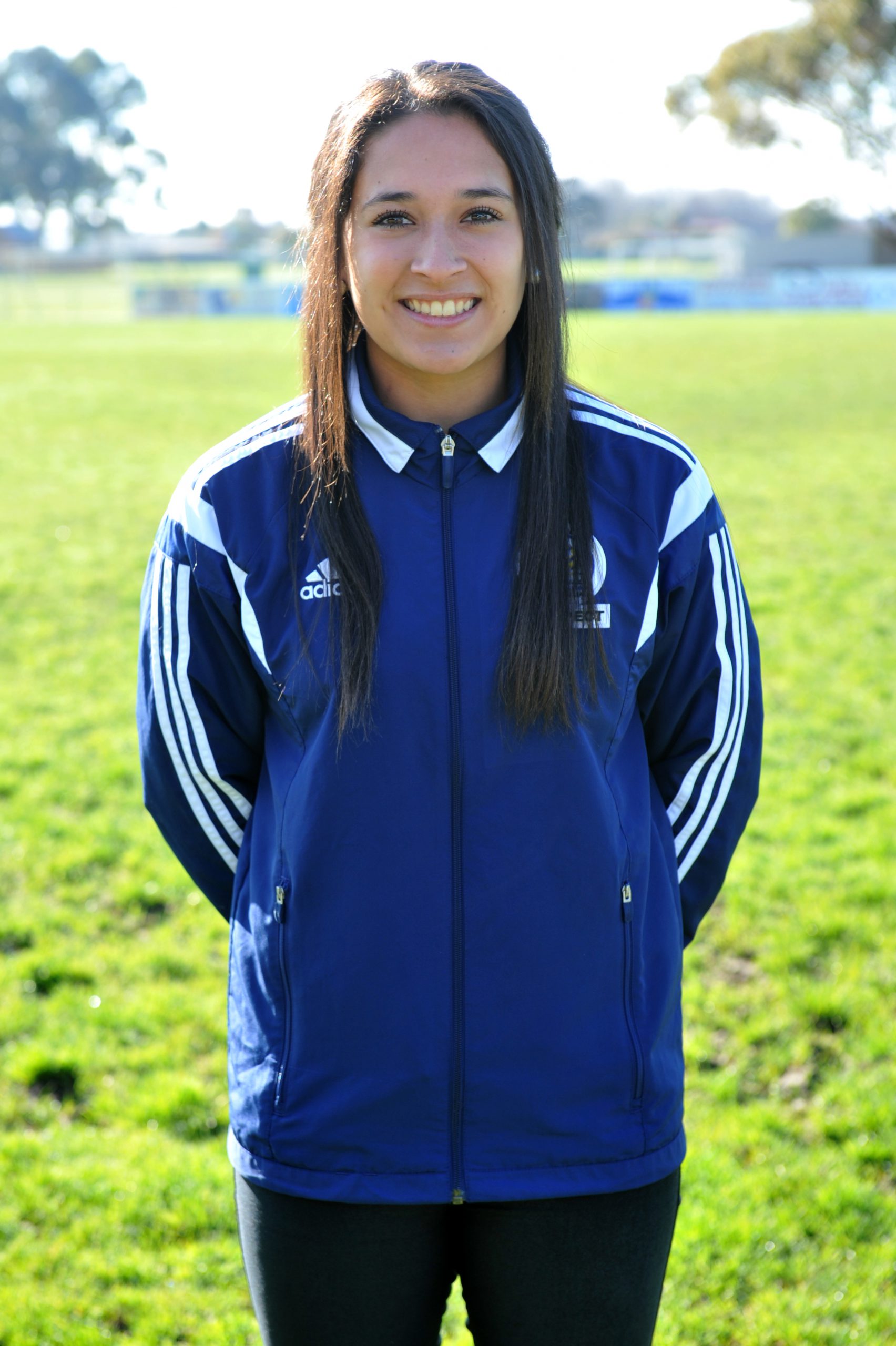 Selected as one of four Victorian referees to officiate the FFA Girls National Youth Championships in Coffs Harbour for the second time, the Moe local considered giving up her place at the tournament in a period of disillusionment with the whistle.

A motivational conversation with FFV referee manager Luke Brennan convinced the 19 year-old to give it a shot, and Steger was thrilled she did upon being awarded referee of the tournament in the under 13 category.

“The week before (Coffs) I was kind of having doubts about it. I just lost a lot of motivation, I wasn’t really going to training,” Steger said.

“I just said to myself, ‘look, I’m just going to go up there, see how it goes and don’t put any pressure on myself’. I went up there and smashed it out pretty much, (though) I didn’t think I would.”

Rarely is praise heaped upon referees in any sport, so when it happens it’s all the more special.

For Steger, the recognition of her skills was a much-needed shot in the arm.

“Getting recognised for that under 13s award… has really lifted my confidence and just makes me believe in myself a bit more.

“It definitely gave back my motivation for refereeing.”

Her breakout performance in New South Wales led to selection for the FFA National Training Centre challenge held at the Australian Institute of Sport in Canberra from 23 to 27 July.

As a nursery for up and coming A-League and W-League officials, the clinic opened doors for Steger, culminating in her first Victorian Women’s Premier League match appointment last weekend as a centre referee.

“(I was) really nervous but it was awesome, it was good to be in the middle and ref amazing girls. It’s awesome to see girls play (quality) soccer and not just freak out,” Steger said.

“I actually didn’t have any issues, I think I picked up about three free kicks, they played their game and there wasn’t much drama; it was good to run around and enjoy it.”

The experience rekindled Steger’s enthusiasm, with hopes to break through to regular elite women’s appointments in her 2016 gap year after finishing up at SEDA.

Keeping a healthy attitude toward the goal, Steger is prepared to ride out any potential bumps in the road.

“The next step is definitely trying to get into the women’s league next year. I know there is four of us competing for it – a majority of them are actually my friends – but we all know it’s a competition and if we don’t get in just keep trying harder,” she said.

“Don’t get disheartened if you don’t get in, just keep working hard, because it’s part of life I guess, you can’t always get what you want.”

Returning to the field as a player this season with Monash, after a season off to focus on refereeing, has also proved beneficial.

“Definitely, I can take out my anger that I hold in from refereeing. I’ve learned to cope with it a bit better now,” she said.

Steger made special mention of her primary influences.

“A special thanks to my coaches from the national talent pool, Luke Brennan and Chris Hope, for providing me with outstanding support and elite coaching to help me get where I am,” she said.

“Also thank you to all coaches from the Valley, especially Adam Sharpe, for pushing and believing in me even when I started to show no interest, and last but not least a very big thank you to my parents Ron and Jocelyn Steger for taking me to each game regardless of their own schedules, without them I wouldn’t have gotten to where I am today.”

For anyone interested in becoming a referee, the Gippsland Soccer League will be holding a Level 4 – Beginner Referee Training Course on Saturday, 26 September.

For more information email the GSL Office at admin@gippslandsoccer.com.au