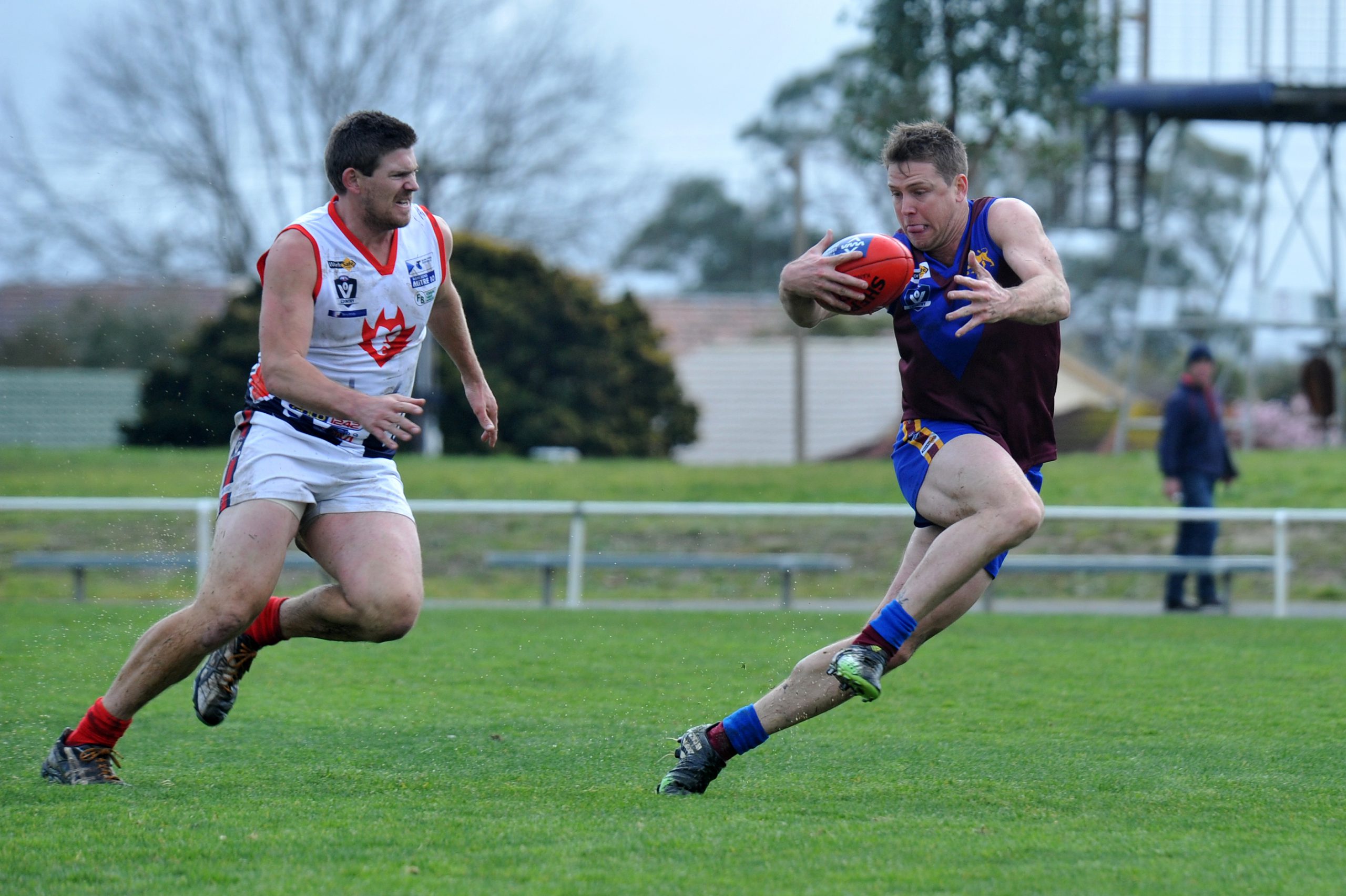 LEONGATHA has sewn up the Gippsland League’s minor premiership, finishing on top of the table in Beau Vernon’s first year as senior coach.

“This is what you play and are involved in football for. I’m just really excited about the opportunity. But at the end of the day finishing top of the ladder won’t mean anything in a week’s time,” Vernon said following Saturday’s 40-point win over the two-time reigning premier Morwell, which after a dominant two seasons won’t feature in the finals in 2015.

“It wasn’t pretty… scrappy, crappy game. It wouldn’t have been a great spectacle, but we are happy with the four points,” Vernon said.

Without two of their best in Tas Clingan and Cade Maskell, the Parrots took the lead after a scrambling opening half and never looked back.

“With a few of our leaders out, it was just good to see some blokes step up,” Vernon said.

The minor premier will now enjoy a well-earned week’s rest, before launching its finals campaign in a fortnight’s time.

“It’s a really good feeling around the club; we have got ourselves, the reserves and the under 18s in finals, as well as three netball teams in. Last year we didn’t have one team make the finals, so to have six teams in this year is a really good effort,” Vernon said.

THE clash between top five sides Wonthaggi and Maffra highlighted the final round of the home and away season, with the visiting Eagles becoming the first team this year to beat the Power on its home territory.

“It’s the first time they have lost down there all season, so we were pretty happy,” Maffra coach Wayne Butcher said.

Fourth-finishing Wonthaggi made a fist of the fight, falling just a few points short at the final siren.

“It was a good game of footy by both teams. We had our chances but just lacked a bit of class to take them in the end. We will, however, draw plenty of confidence from it for next week, knowing we can match it with a good team,” Wonthaggi coach Rob Railton said.

“We played ok against Drouin and Bairnsdale but we haven’t defended well. We got our defensive mindset back against Maffra, and I was really pleased with the effort.”

The Power got out to an early lead but by half-time its buffer was back to just three points.

Maffra led by the same margin at three-quarter-time, an advantage it maintained when the final siren sounded.

The Eagles finished the home and away season in second, behind Leongatha only on percentage.

“Happy to finish in second – we didn’t get the double chance last year and it cost us in the end,” Butcher said.

THIRD-placed Traralgon ended the home and away season on a high with a 149-point win over bottom of the table, Warragul.

Michael Geary booted a bag of seven as the Maroons notched up win number 14 of the season.

It’s not all bad news for the Gulls, who won two games for the year and came close to more.

They’ll now re-group and recruit ahead of season 2016, which will see coach Steven Kidd remain in charge.

SALE secured the all-important fifth spot and a berth in the finals series with a 24-point win over Drouin. Former St Kilda player Jason Gram booted five for the Magpies, in what was until three-quarter-time a tight battle.

There was just a point in it at the last change before Sale kicked away to run out a comfortable winner.

MOE ended its season on a high, accounting for Bairnsdale by 10 points.

At home for the final time in 2015 the Lions kicked away to an early opening term lead and never looked back.

Mark Engley capped off an impressive first season with Moe with three goals.