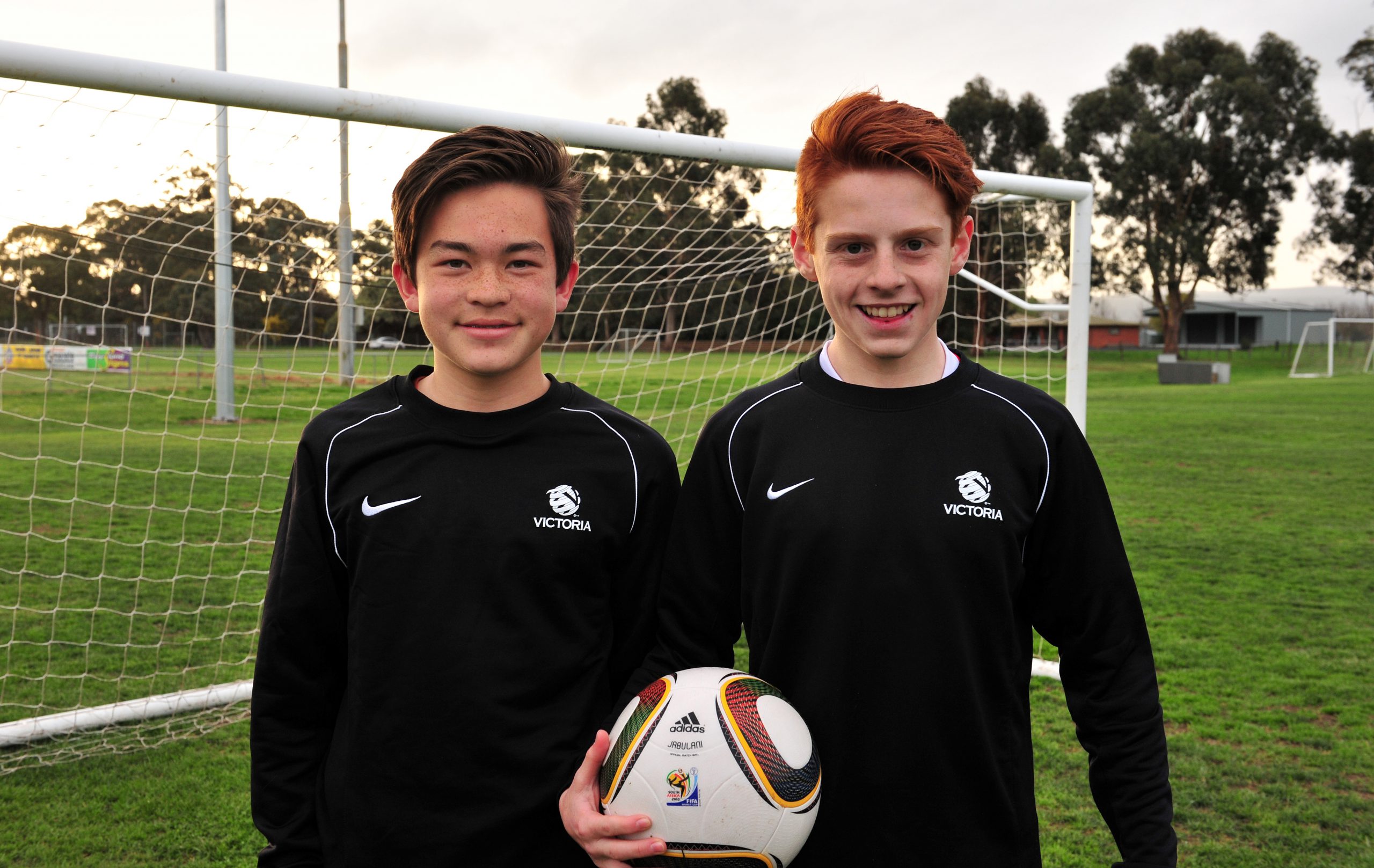 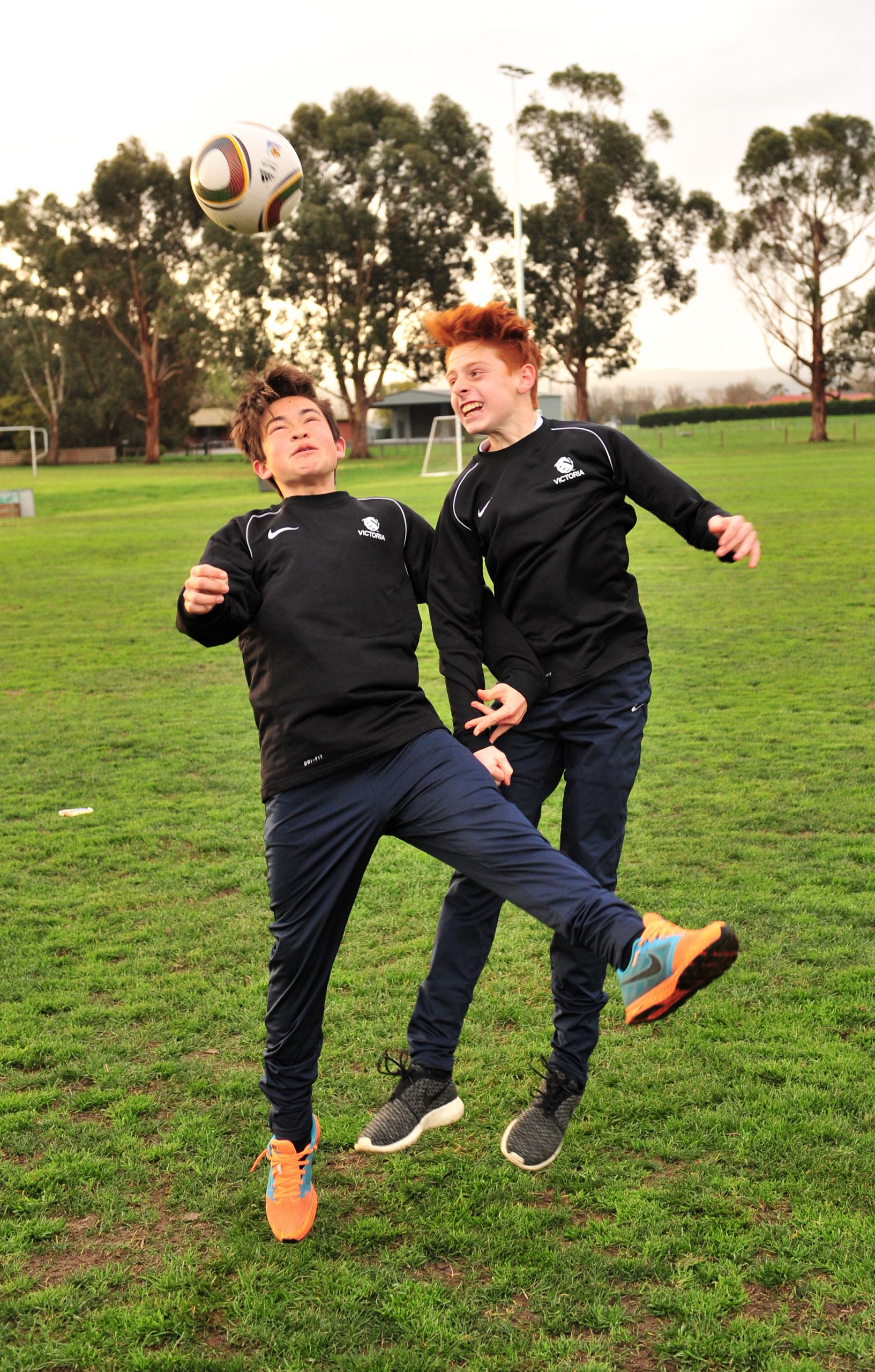 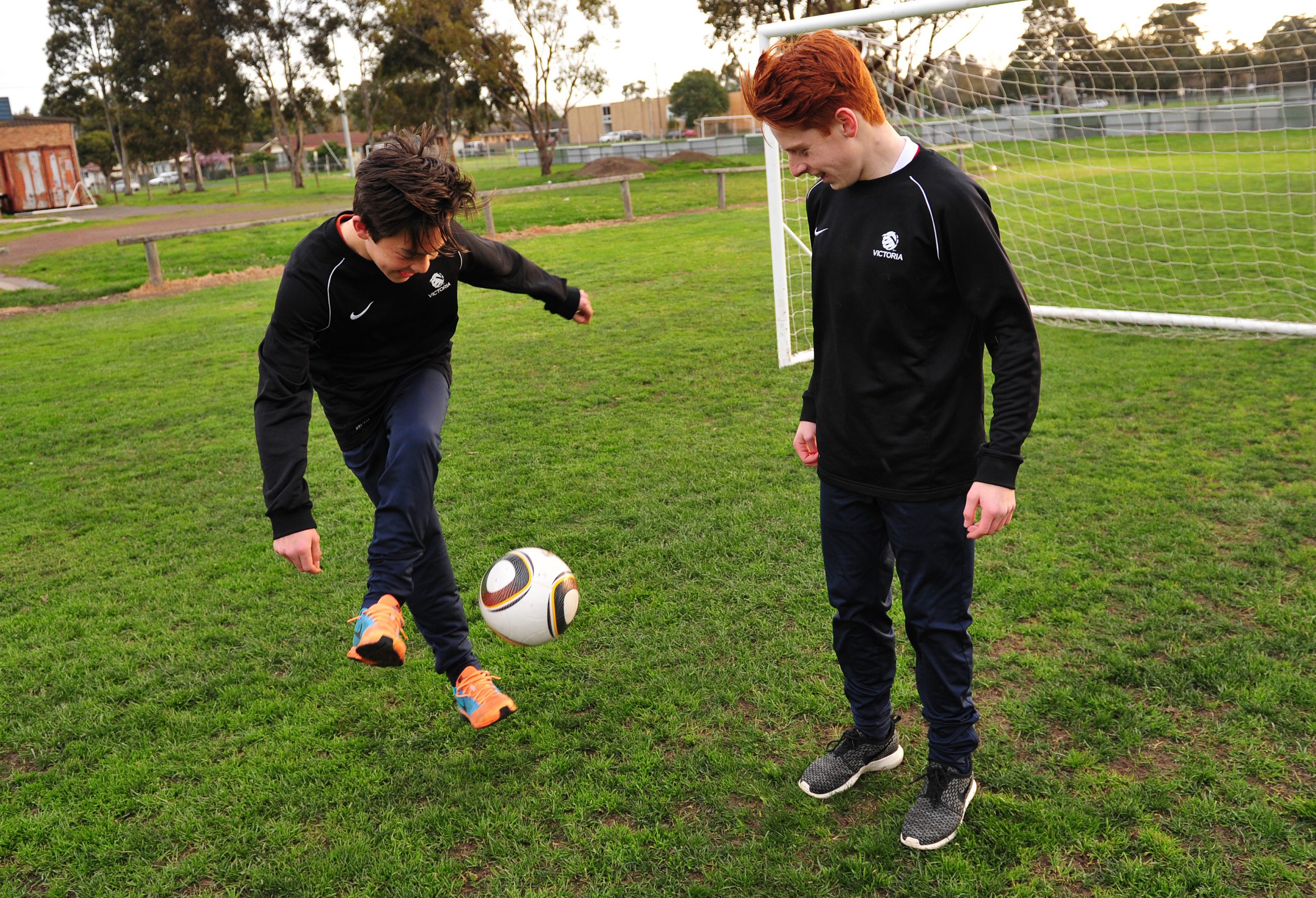 The Gippsland Soccer League Emerging Talent Program under 14 teammates lit up when the ball was introduced for an afternoon photo shoot, and will put their considerable talents with it to the test at the end of the month.

The duo has been selected to represent Victoria Country at the under 14 boys youth national championships in Coffs Harbour following an outstanding season in metropolitan A grade competition.

It marks Jake’s second cap, while Isaac will make his Vic Country debut at the tournament.

Former Traralgon City player Jake will take his place in midfield, after helping Victoria Country to a third-place finish at the tournament last year.

He hopes to take his refined abilities to a new level in Coffs Harbour.

“The first year was sort of like a theory in the classroom where you learn how to do everything, this year has been more like putting it into practice,” Jake said.

“It was a very new experience, being away from my parents, and the game quality was very good playing against the best players in Australia.

“I learned a lot from the experience and I feel like I grew up from it.”

Traditionally a defensive midfielder, this year Jake has been experimenting with a more aggressive role through the centre of the park under ETP coach Peter Boyes.

“This year I’ve been playing attacking midfield as well to try to advance the attacking part of my game,” he said.

“The ETP has also helped… that’s been contributing with my four main skills which are first touch, dribbling, one-versus-one and passing.”

The Chelsea fan has found the back of the net in Vic Country practice matches, and is looking to do more of the same at the national tournament.

Following that, the sky is the limit.

“Hopefully I get to play in the NPL which is the next step above our metro league and the next step for Gippsland obviously, and then Vic-wise there’s the National Training Centre, that’s another step above,” Jake said.

East Gippsland United junior Isaac said he was inspired by Jake’s example last year, and strived to emulate his selection in 2015.

Having been named alongside Jake in the team, the wingback specialist is also hoping to impress.

“I’m pretty pumped, it will be a great experience to go and see what it’s like,” Isaac said.

“Jake got in last year and I thought that was a cool thing to do and wanted to do it.

The GSL under 14 ETP side sits second on the A grade south ladder.

The national championships run from 27 September to 3 October.