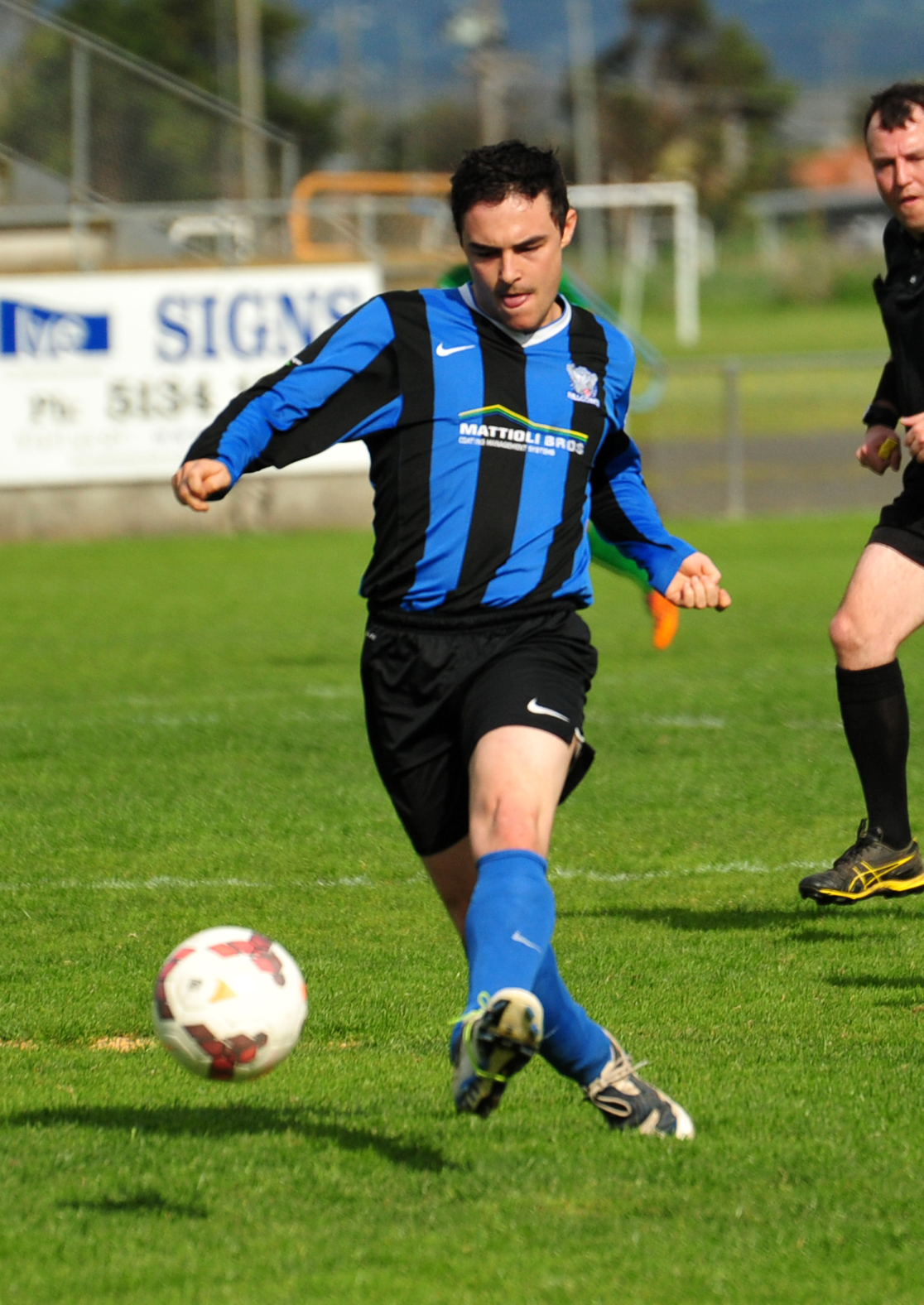 FALCONS bounced back from their first loss of the season to Moe with a 5-2 win on the road at Olympians.

After their 12-2 hiding in the reverse fixture earlier in the year, Olympians were looking to improve on that much maligned effort and did just that, but ultimately to no avail.

League top goal scorer Jesse Kennedy, who hadn’t scored in two weeks, would quickly get back amongst it as he evaded two defenders and finished at the near post.

With half-time looming, Falcons doubled the lead through wonderful interplay between the front three that resulted in Sam Amaira tapping home from close range.

The second half saw the Birds increase their advantage through coach Nick D’Alessandro, Kennedy and DJ Matar with the home side gaining some consolation through a penalty and a tap in, leaving the final score 5-2.

This week sees the semi-final of the Battle of Britain Cup with Falcons hosting Moe. The Morwell side is looking for revenge after its 3-1 loss only two weeks ago.

TYERS caused the upset of the round with a 3-1 victory over Fortuna at Crinigan Road South Reserve.

The ninth placed side has now scored eight wins for the season, an infinite improvement on last year’s zero.

Jake Budija scored a double to help knock off the fifth placed Morwell side.

MONASH romped away with bragging rights in the Borough derby after a 4-0 win over cross-town rival Newborough-Yallourn United.

The visitors signalled their intent early with Brendan Ruddell’s drive inches wide in the opening minutes before Damien Gilbert was quick off his line to thwart Ethan Lawrence.

The resistance was futile as Monash took the lead midway through the half when Lawrence crossed to Christy who steered home.

The introduction of the Mathison brothers after half-time did little to turn the tide as Monash doubled the lead early on.

The ball fell to diminutive midfielder Callum Polo who lashed home from 25 yards.

Lawrence then got on the scoreboard when his deflected drive found the corner as Monash coach Andres Nilo turned back the clock, dictating the game from midfield. Nilo then went on a mazy run and was scythed down from behind in the box, allowing Marc Koolen to dispatch the ensuing penalty and seal a comprehensive Wolves’ win.

A second half strike to Ray Myers saw Churchill United fall across the line over Traralgon City.

The Rams’ 1-0 victory saw them hold on to seventh position on the competition ladder, leading Monash on differential.

SALE United cruised to a healthy 6-1 win over Morwell Pegasus at Ronald Reserve. The Swans controlled possession and carved a host of chances, converting thrice in each half.

Drew Sedgwick netted a scrambling consolation goal for the home team late in the piece.

The Red Devils piled on seven goals in the first 45 minutes to bury the contest by the break.