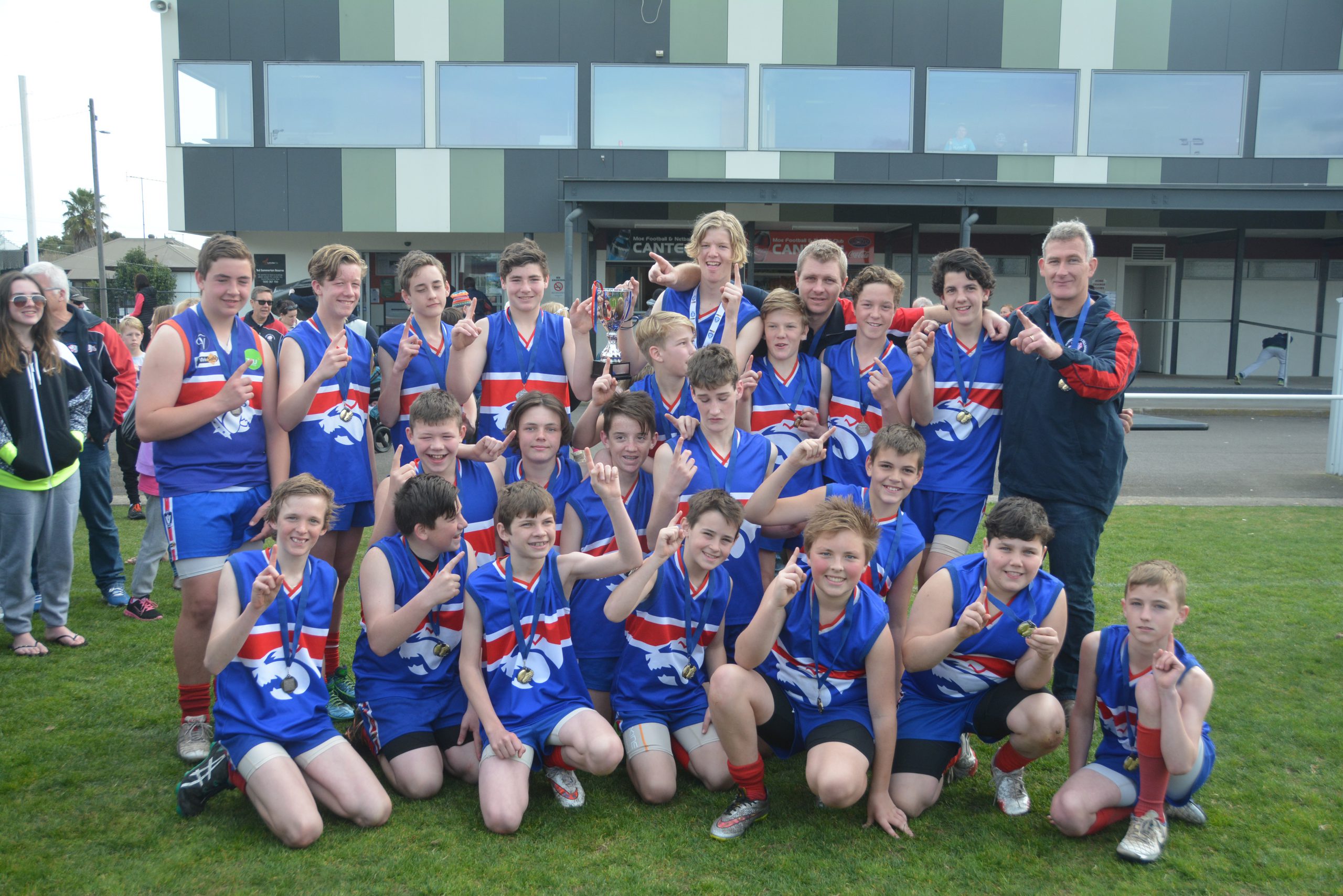 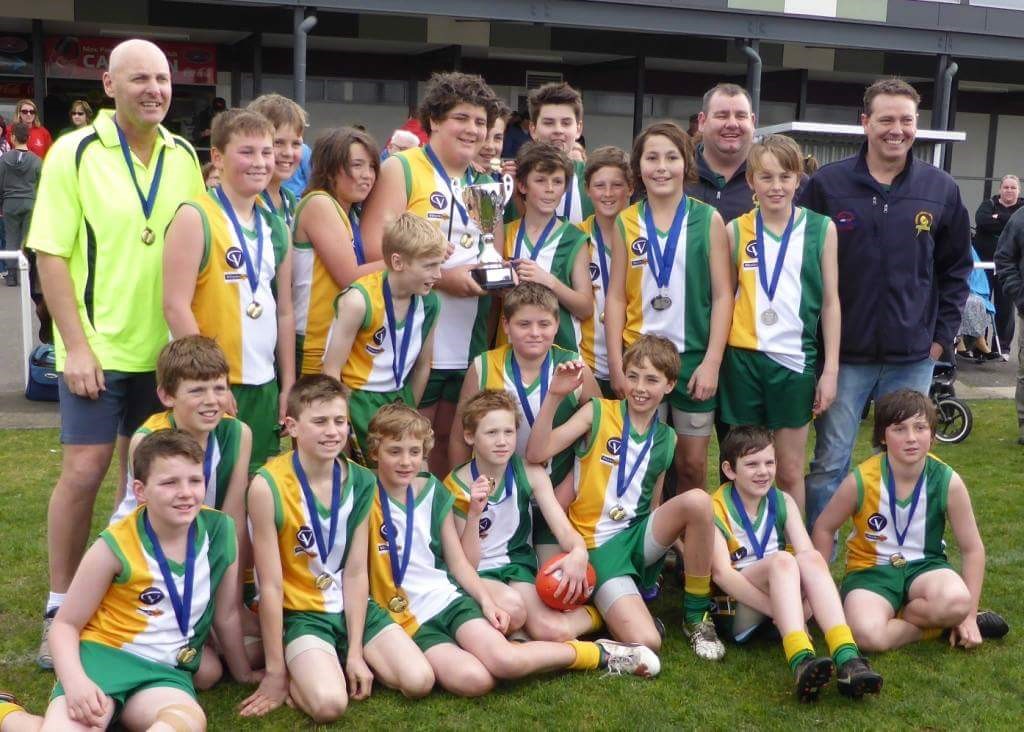 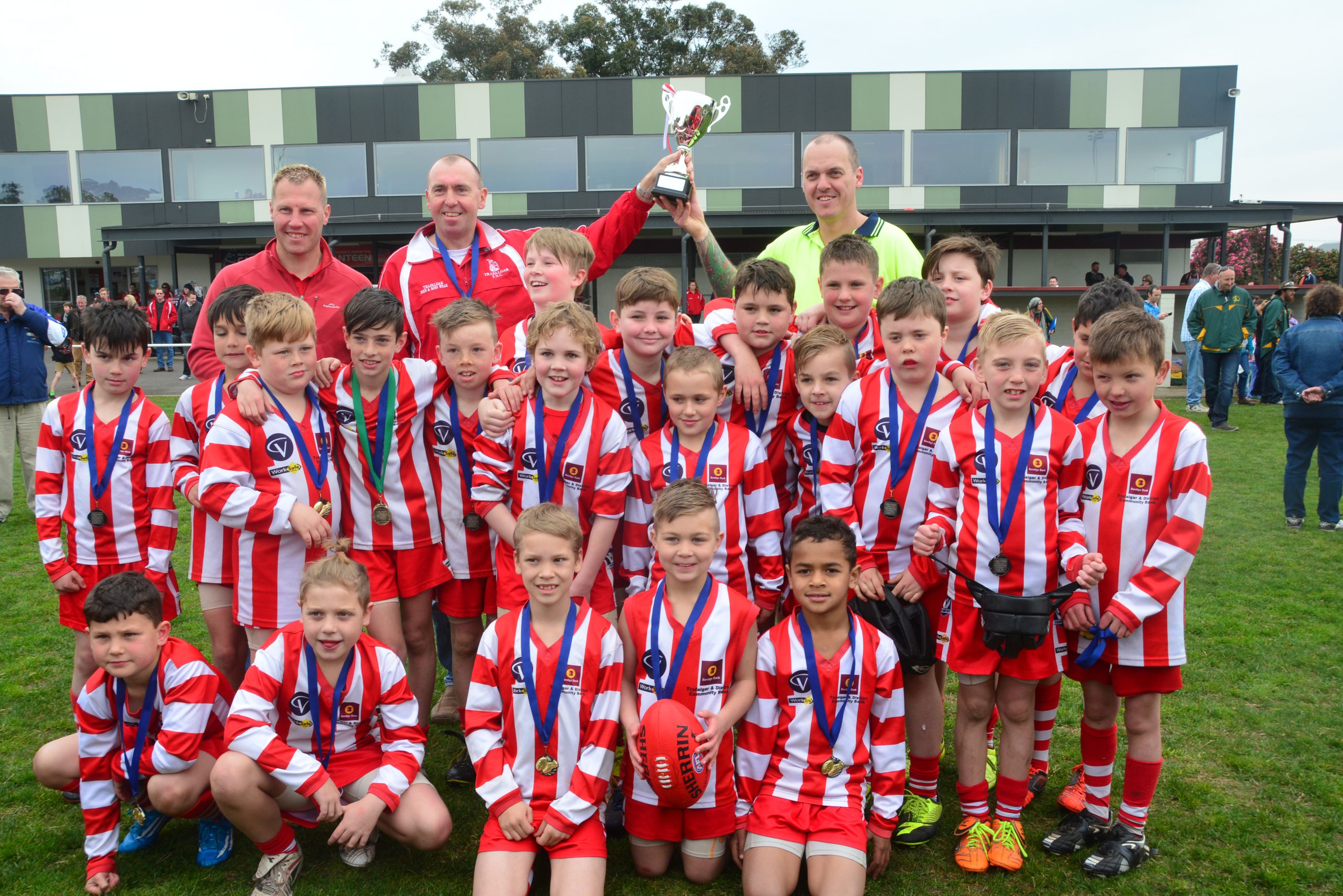 THE glory was shared around on Central Gippsland Junior Football League grand final day, with all three cups bound for different trophy cabinets.

Trafalgar secured the under 10 flag over Leongatha, but the Parrots turned the tide in the under 12s to take one back against the Bloods.

CGJFL president Craig Skinner said the results were a testament to the strength of the competition.

“We don’t always like to see the same side winning everything and it just goes to show how even the competition is at different age groups.”

Skinner also lauded the attitude of the players and coaches, specifically the mutual respect shown at the conclusion of matches at Ted Summerton Reserve.

“The two teams once they’d finished spent more time going to not their own teammates but the opposition because of the respect they’ve got for each other,” he said.

The CGJFL president also had a personal stake in proceedings, as coach of the winning Newborough Reds outfit.

He said the club, which splits its talent evenly between its two junior sides in the top age bracket, was thrilled to win a premiership, but was not solely focused on results as indicators of success.

“We don’t actually do all this for the premiership stuff, we’re all about developing the kids,” Skinner said.

“Once we get to finals we really try to give them every chance to win it once they’re there.

“Up until then we really try to give kids the same amount of opportunity in all parts of the ground, we don’t just go out to win every game by as much as we can, and that’s where the development comes from.”

U14 Wade Anderson for Newborough Reds

U12 Bailey Humphrey for Trafalgar

U10 Callum Nash for Trafalgar

– Best for Leongatha, Will Brown.