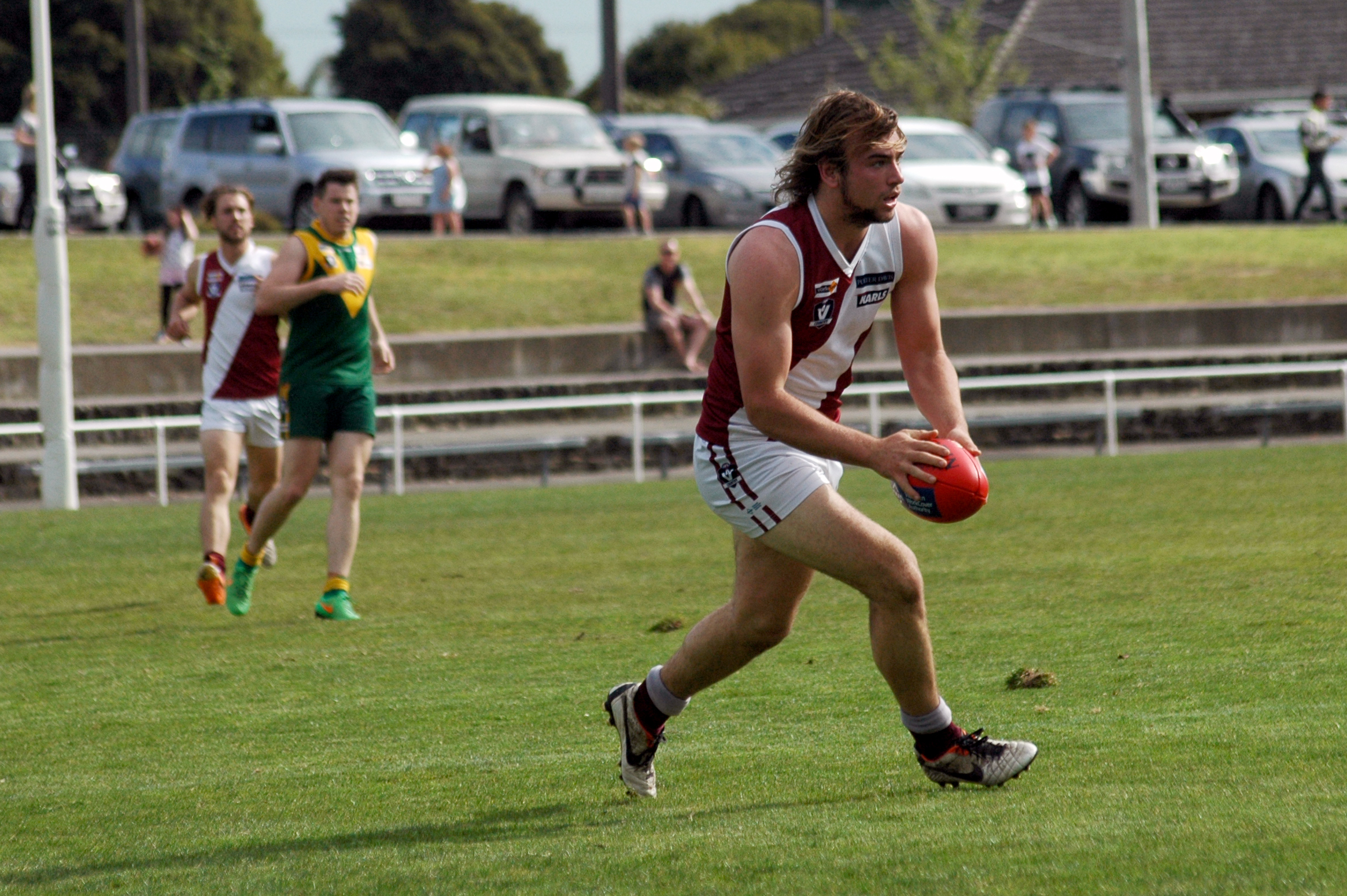 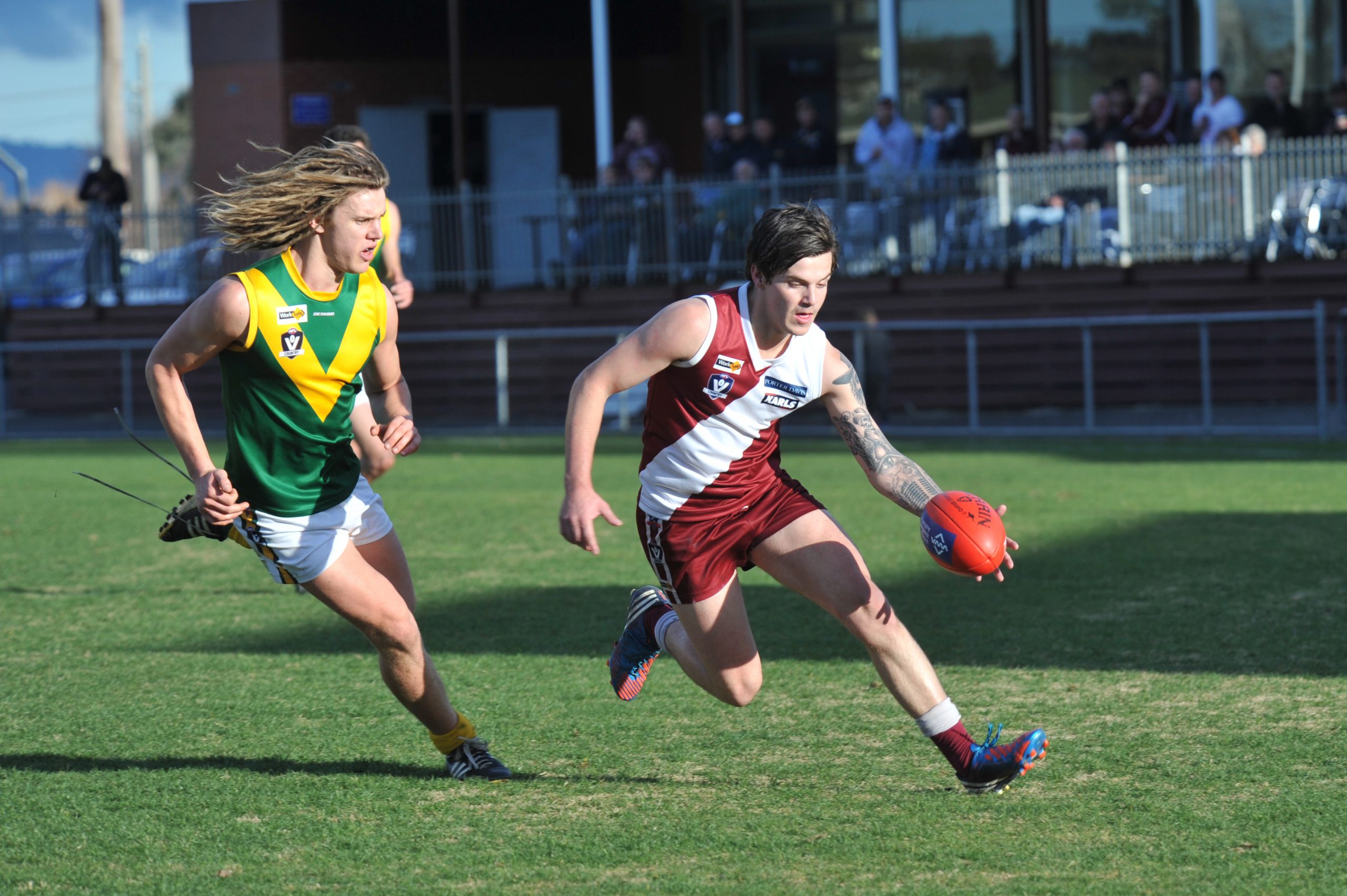 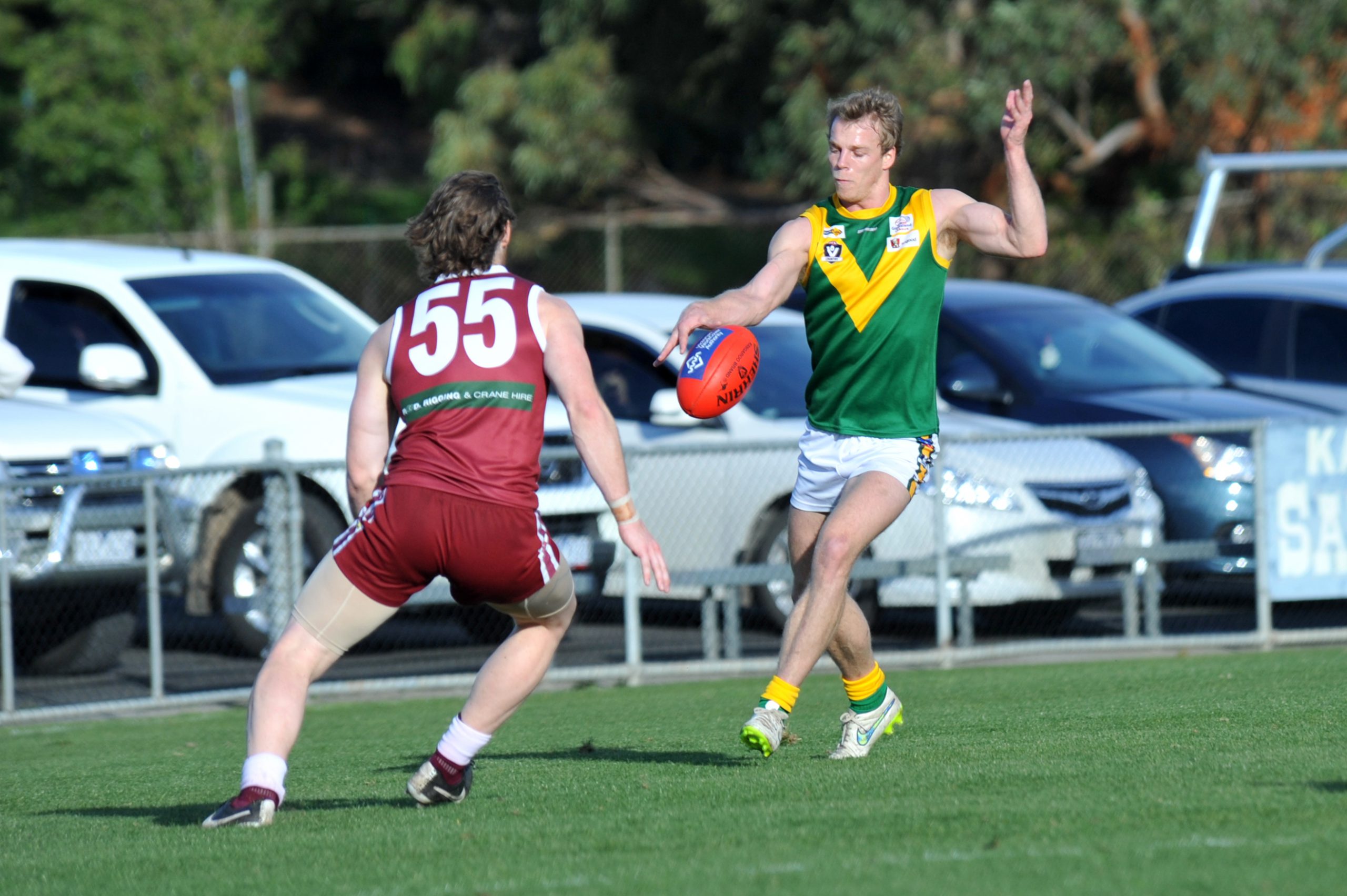 Adrian Slottje: Described by coach Mark Collison as the best fullback in the competition. Slips under the radar from outside the football club after leaping from nowhere. Very reliable, the most goals he has had kicked on him is three against the competition’s leading forward Maffra’s Darren Sheen. Likely to get the job on a Hillberg or a Maskell.

Tim Northe: Young gun Tim Northe has football in his genes. The 2013 club best and fairest is following father Russell’s footsteps and is well on his way to becoming one of the club’s greats. Northe is a creative ball user with deft touch.

Josh Jennings: The last Traralgon coach to win a premiership, Josh Jennings is a veteran playing some of his best football this season. Jennings led the 2011 Maroons to the flag and remains one of the club’s most inspirational figures on the park. His experience and energy will be crucial.

Aaron Heppell: Despite missing chunks of the season with VFL commitments Aaron Heppell finished fifth the Gippsland League vote count on 13. Very much Dyson Heppell junior in appearance and ability across midfield Aaron will be a pivotal cog in the Parrots’ engine room. The former Gippsland Power gun has experience at the higher levels and will not be overawed on the big stage.

Ben Willis: Club talisman Ben Willis will not die wondering. The Leongatha star is a master of the little things, adding up to a complete football package. His extra effort could be the difference.

Zak Vernon: As brother of coach Beau Vernon there will be added incentive for Zak to help complete the Leongatha fairytale. Having seen his brother go through the horrors since 2012 their on-field relationship has been made all the stronger. Zak is a wizard in broken play and a bulwark in the contested issues.

3 Michael Stockdale: General of the backline, rarely beaten in a contest

7 Jackson Hall: Creative backman who sets up many forward thrusts

13 Josh Jennings: Veteran who just knocks up getting the footy, playing like an 18 year-old

14 Ben Amberg: High leaping ruckman who can dominate around the ground

17 Michael Jacobsen: Classy with hand or foot, creative and elusive

18 Rohan Hildebrand: Another hard nut who loves a contest, watch for him in the midfield

19 Jake Vucenovic: First year out of the thirds and has settled well, great skill

20 Adrian Slottje: Has developed into one of the competition’s premier backmen, a real leader

25 Matt Lewellin: Solid defender who never gives up and is rarely beaten

40 Connor Ambler: Young in and under player up from under 18s

46 Hayden Britten: Another young player just out of under 18s, exciting future

47 Adam Jaensch: Ever reliable defender, loves a contest and goes all day

53 Cory Stockdale: Classy ball user from under 18s, watch for his creativity

4 Tas Clingan: Great leader who drags teammates with him, accumulator

7 Ash Lynch: Utility who knows how to find the footy

8 Tom Marriot: Tough in and under clearance player

10 Nick Nagel: Elusive key forward who knows where the goals are

12 Dale Hoghton: Hard running midfielder with a nose for the footy

13 Chris Verboon (c): Inspirational captain who is a wall across half-back

17 Rhett McLennan: Veteran of the team, plays the percentages and rarely gets beaten

18 Mark Coghlan: Strong mark of the footy, can kick goals

19 Jono Pitman: Half-back who provides plenty of run and carry

20 Ben Willis: Club favourite, gives his all week-in-week-out, great at the one percenters

21 John Ginnane: Smart skilful forward. Knows where the goals are

23 Cade Maskell: Captain who gets the boys going, classy forward with great skills

29 Jake Mackie: Strong utility with good skills and does the team things

33 Jake Best: Freakish goalkicking forward who is good in the air and on the ground

36 Matt Borschman: Hard, smart footballer who will do any role for the team

43 Rhett Kelly: The ultimate clubman. In and under midfielder