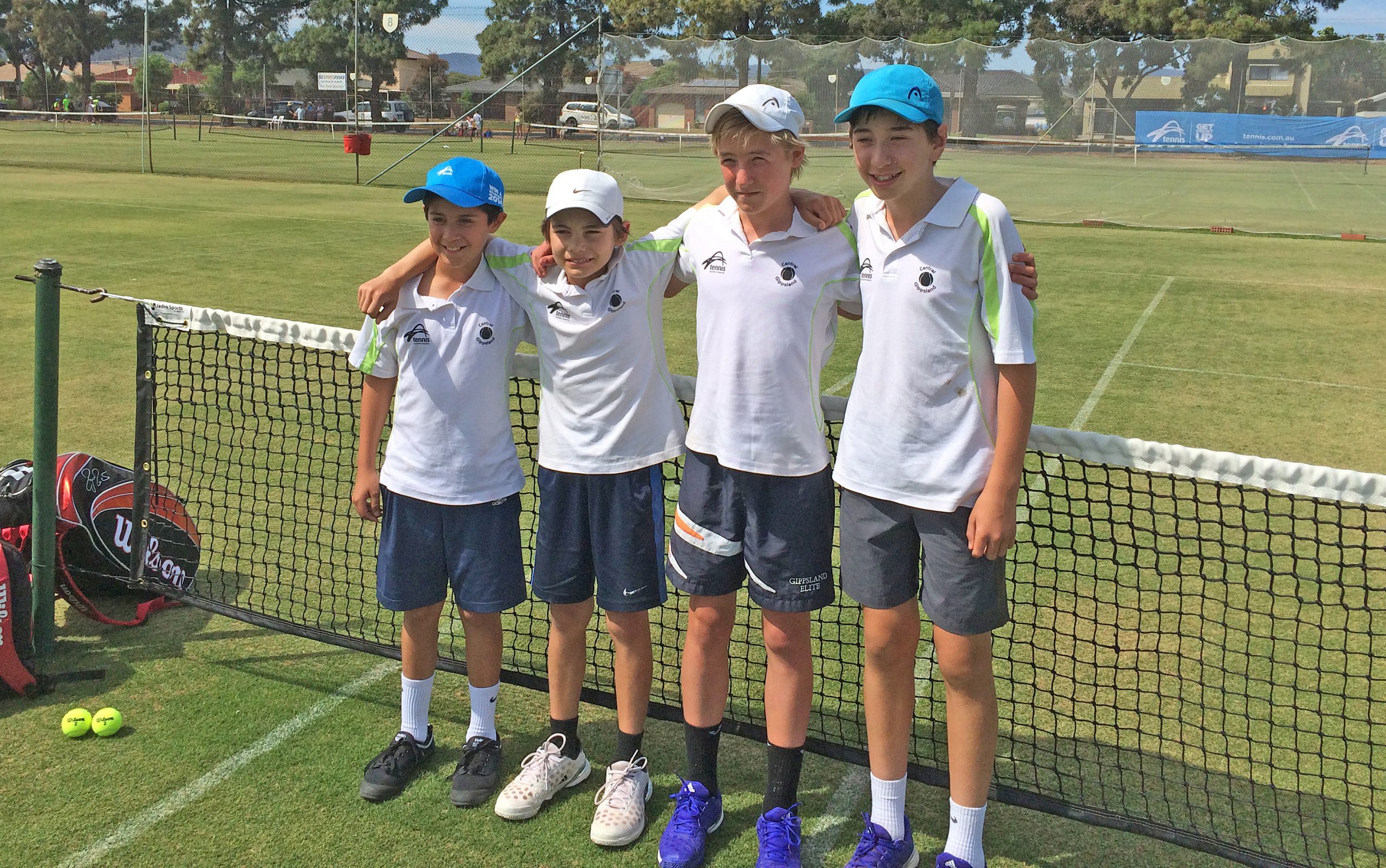 CENTRAL Gippsland’s John Fitzgerald Cup winning streak came to an end at the hands of Geelong in Wodonga at the weekend.

Chasing a fifth consecutive Victorian Country championship, Central Gippsland started on the right foot with five wins from as many ties on Saturday.

The side defeated Ballarat, Warrnambool, Wimmera, Shepparton and Northern Mallee before breezing past Bendigo six rubbers to nil in the semi-final to reach a seventh consecutive grand final at the tournament.

Central Gippsland faced undefeated Geelong in the decider with the latter proving too strong, five rubbers to one.

The Central Gippsland side was comprised of Damien Hough, Darcy Nichols, Nik Jovik and Alan Valenzuela, coached by Graham Charlton.

The John Fitzgerald Cup was contested by 11 country Victorian sides in the 13 and under boys’ age group.