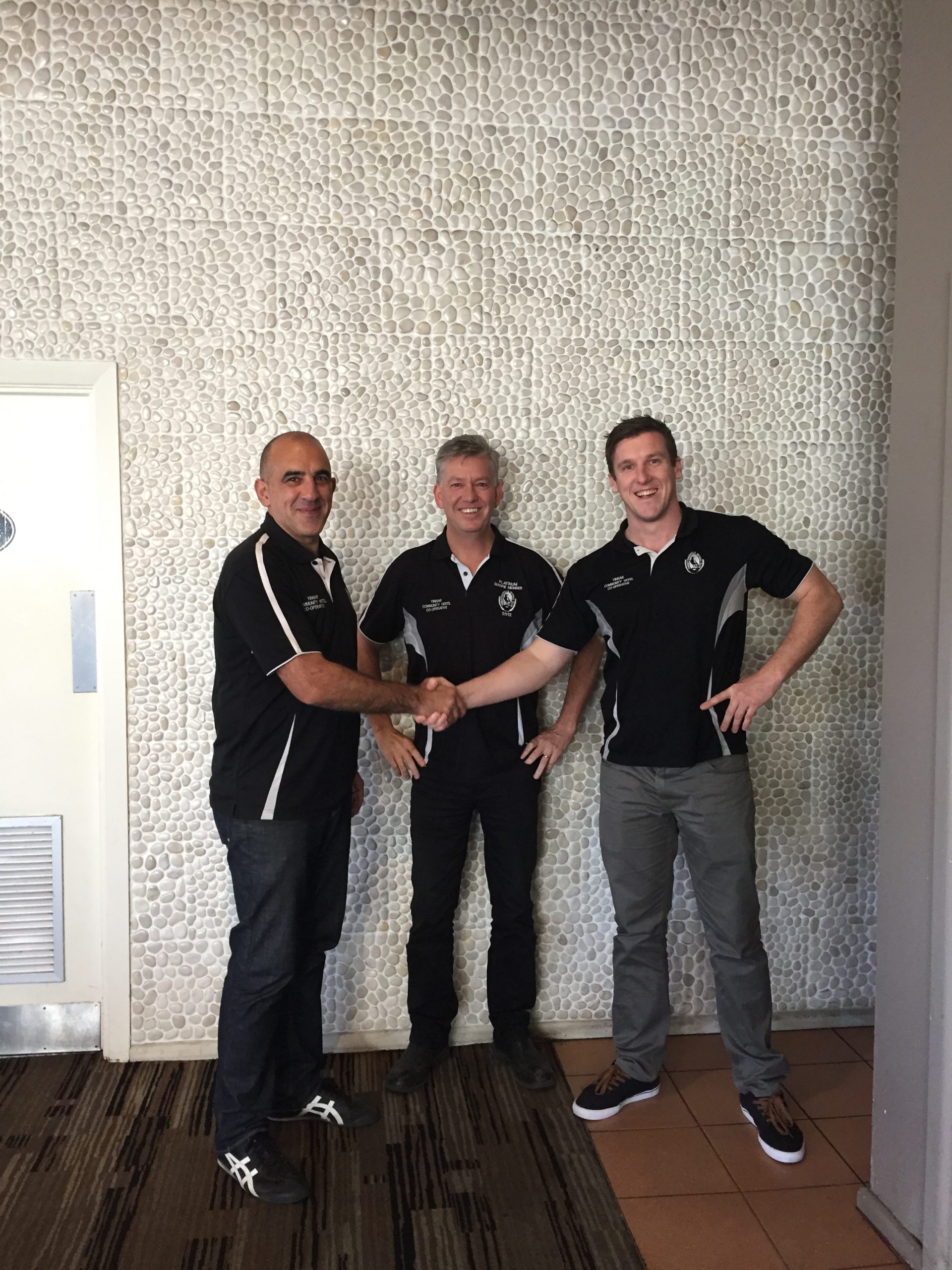 YINNAR’S premiership assistant coach Julian Blackford will graduate to the top job in 2016 after the departure of Nick Lecchino.

Blackford joined the club last year and grew into a leadership role following his involvement in two senior premiership sides at Morwell.

Lecchino decided to step down after succeeding in his long quest for premiership glory.

Yinnar Football Netball Club president Peter Linton was full of praise for the departing coach and his legacy.

“I would like to thank Nick Lecchino for his amazing year as senior coach of Yinnar Football and Netball Club,” Linton said.

“Nick has been coaching senior football for 11 years and was elated when he finally achieved the ultimate success, after coming so close a number of times.”

Linton said it took a certain type of person to coach a senior side to a premiership and the club would forever be indebted for the time and commitment Lecchino dedicated to winning the 2015 premiership flag.

“We were very fortunate to have had Nick as our senior coach this year, with his incredible passion and work ethic, our club was able to achieve fantastic things in 2015,” he said.

“Nick has raised the bar in what is expected from the playing group and has been able to blend a wonderful mix of experience and youth.

“He gave many thirds and fourths players an opportunity to play at senior level this year – with five playing in the senior premiership team.”

The club is confident of continued success under Blackford, who has been involved in three consecutive flags between Morwell and Yinnar.