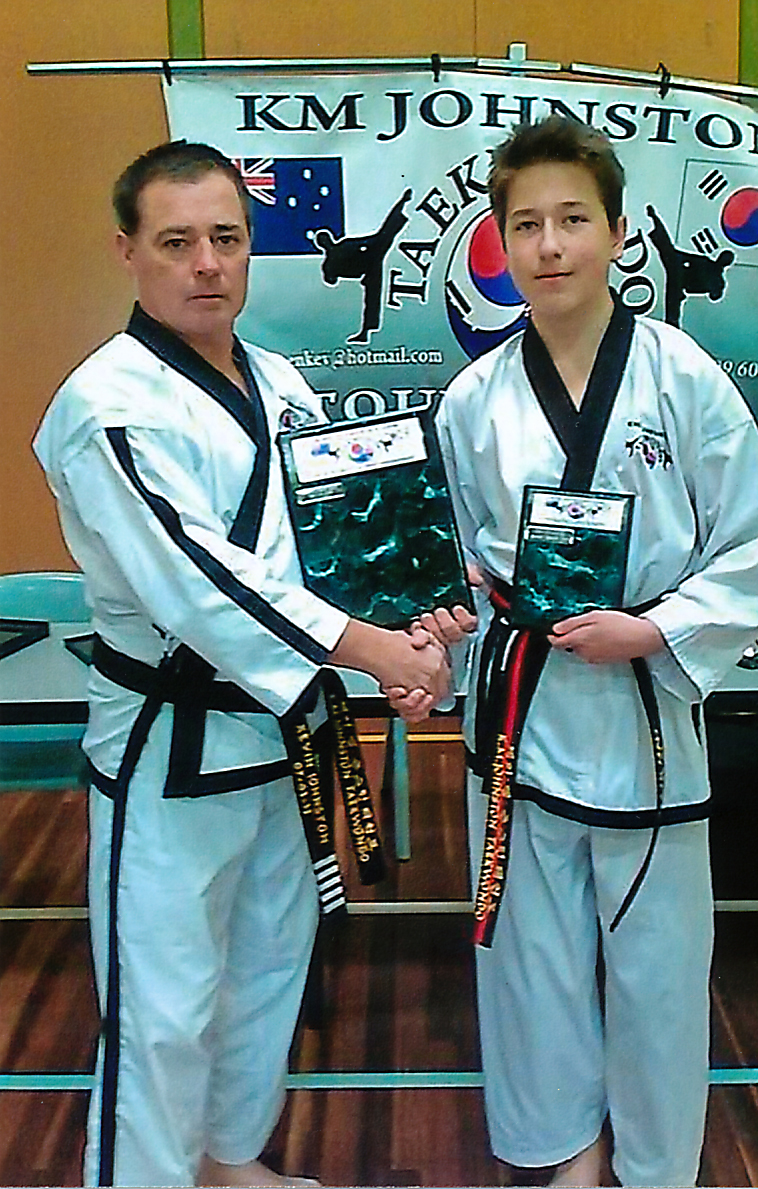 SELDOM is an item of clothing so sought after as a martial artist’s black belt.

It is a symbol of dedication, fortitude and skill bestowed only upon those truly worthy of its merit.

A journey spanning six years since Liam began training twice a week at the age of nine finally saw him awarded the prestigious honour.

Instructor Kevin Johnston, a fifth dan black belt who has studied the art for 32 years, said in half a dozen years of practice Liam had endured ‘tough love-type discipline’ to achieve his goals.

“Liam has come a long way mentally and physically since beginning and now spends much of his time learning to mentor other kids and works at becoming a good role model for them,” Johnston said.

Taekwondo is a Korean martial art which utilises hand and foot techniques for self defence.