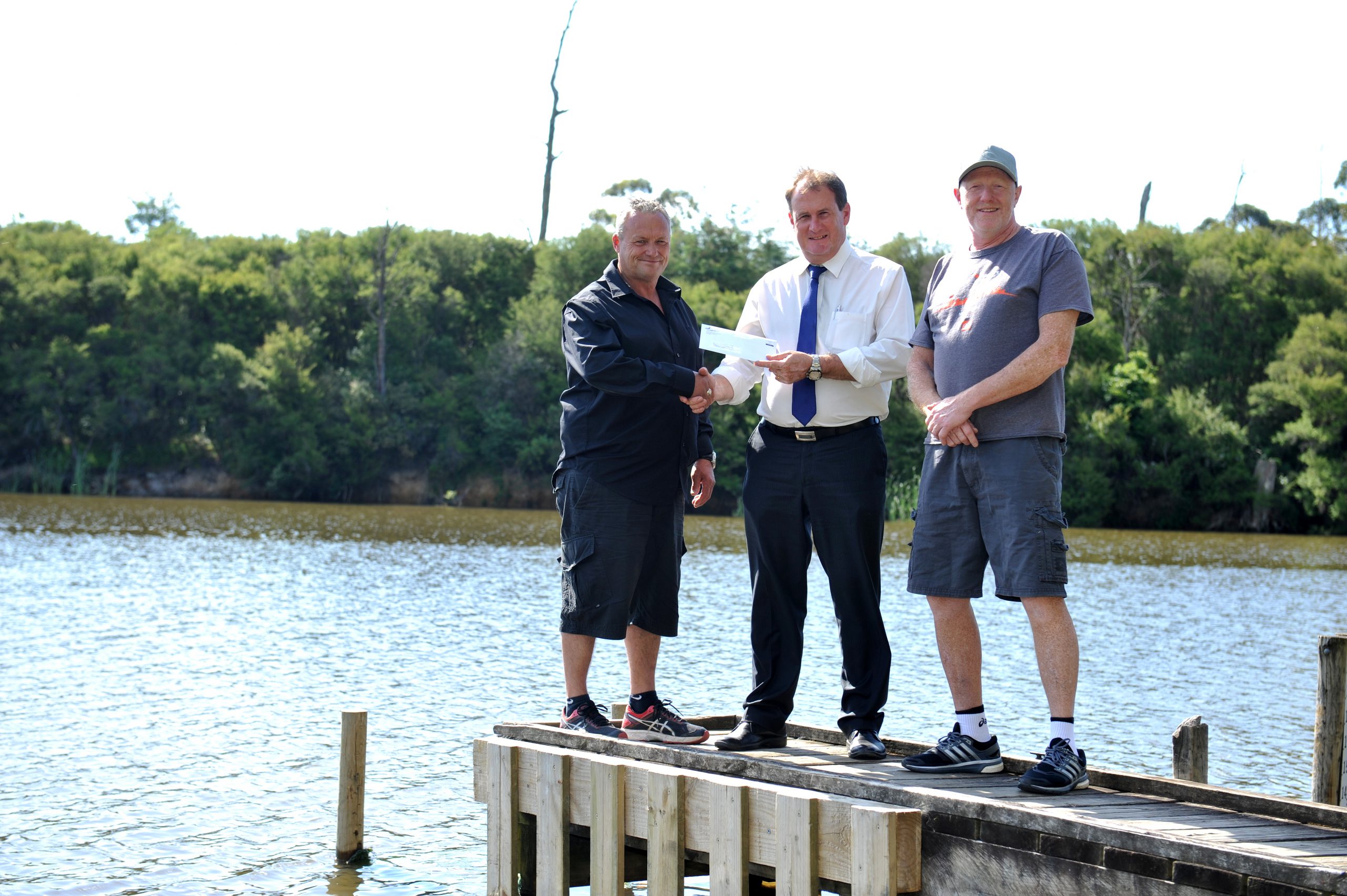 THERE will be something special in the water at Lake Narracan come March next year.

Latrobe Valley Water Ski Club’s already impressive calendar of events has been bolstered by the addition of a world-ranked masters slalom event – the Latrobe International Invitational – to the roster.

The event will run second in ranking only to the Moomba Masters with the LVWSC championship to be staged in the wake of the nation’s top competition.

The top 25 ranked men and top 15 women in the world will compete, including world record holders and current world number ones, Nate Smith and Regina Jaquess.

Following a downturn due to drought, club president Ray Smith said the invitational came as a huge shot in the arm for the local branch and reward for developing high level infrastructure at Halls Bay.

“After 50-odd years of the club being developed, and all the hard work that’s gone into making it a world record capable facility, to then have the opportunity to do that is brilliant,” Smith said.

“When it happens it’s like the pot of gold at the end of the rainbow and to have the level of skiers getting the chance, the site here… could very well have a nudge at the world record.

“We’re very excited about events like this because it does help us a lot on that rebuild path; to rebuild all the infrastructure and get it back again.”

In addition to the best skiers, the premier boat drivers and vessels have been secured, providing suitable conditions for record attempts.

Chief judge will be Jeff Smith from the United States, who will also judge at the 2016 Moomba Masters, and the tournament will have a total prize purse of $35,000.

The official tow boat will be the world record-holding Nautique Ski 200, the best slalom boat in the world, and will be driven by Kevin Wiseman, Jody Seal and Glenn Martin.

Smith said the addition of the LVWSC masters to the Australian circuit came as a boon to not only the local area, but the sport at large.

“It’s also good for the sport because a lot of these skiers travel the world. They come out to Australia… well they’ve got one event at Moomba, now they’ve got two. While they’ve gone to that expense of travelling now they’ve got the chance to compete in some more events,” he said.

“It’s really good for the area… this is a bit of a natural area so to not utilise it to its full benefit is a real shame.

“A lot of them will have never seen the site before and generally when people do, I was even (like that) nine years ago when I walked in, go ‘wow this is a beautiful little place’.”

A key player in securing the event’s elite personnel, Robertson said VWSA hoped to bring the event to Lake Narracan for the next five years.

“We’ve got a great club at the Latrobe Valley Water Ski Club that has put so much time and effort into this facility… you’ve got great viewing areas, great skiing, you’ve got the best skiers in the world, why wouldn’t people want to come down and watch it?”

The event will be webcast live around the world, exposing the natural beauty of Lake Narracan to a global audience.

The masters will cap off a chock full season of action at LVWSC incorporating six major events, including club rounds, a ski show at Christmas and the state titles in February.

The club skis every weekend and has some 50 members on its books.

Smith said the member base was set to expand in the next few years with many young families with children set to take up skiing imminently.

Smith thanked Robertson and Latrobe City Council for their support in securing the masters, which will run on 19 and 20 March.