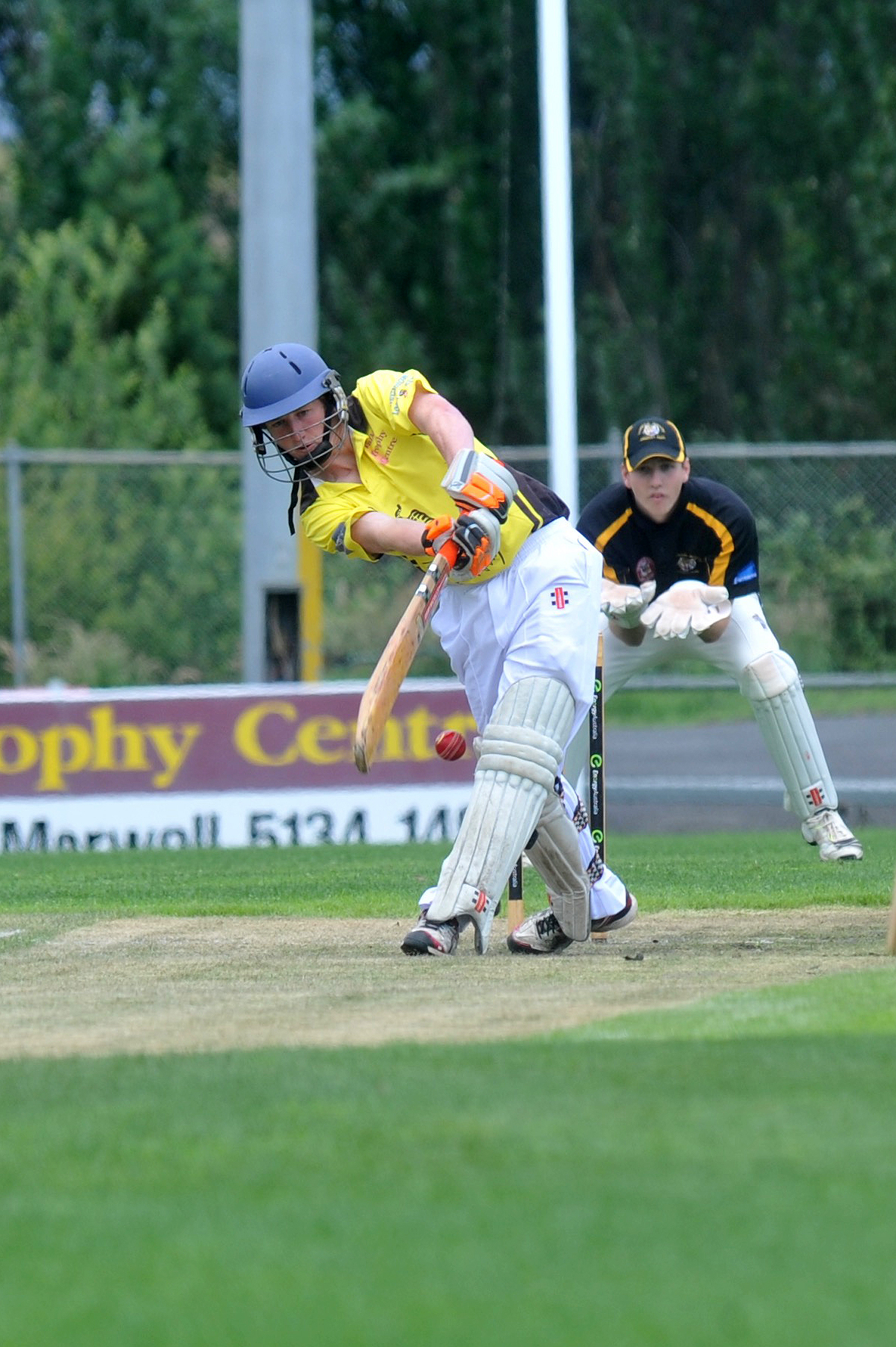 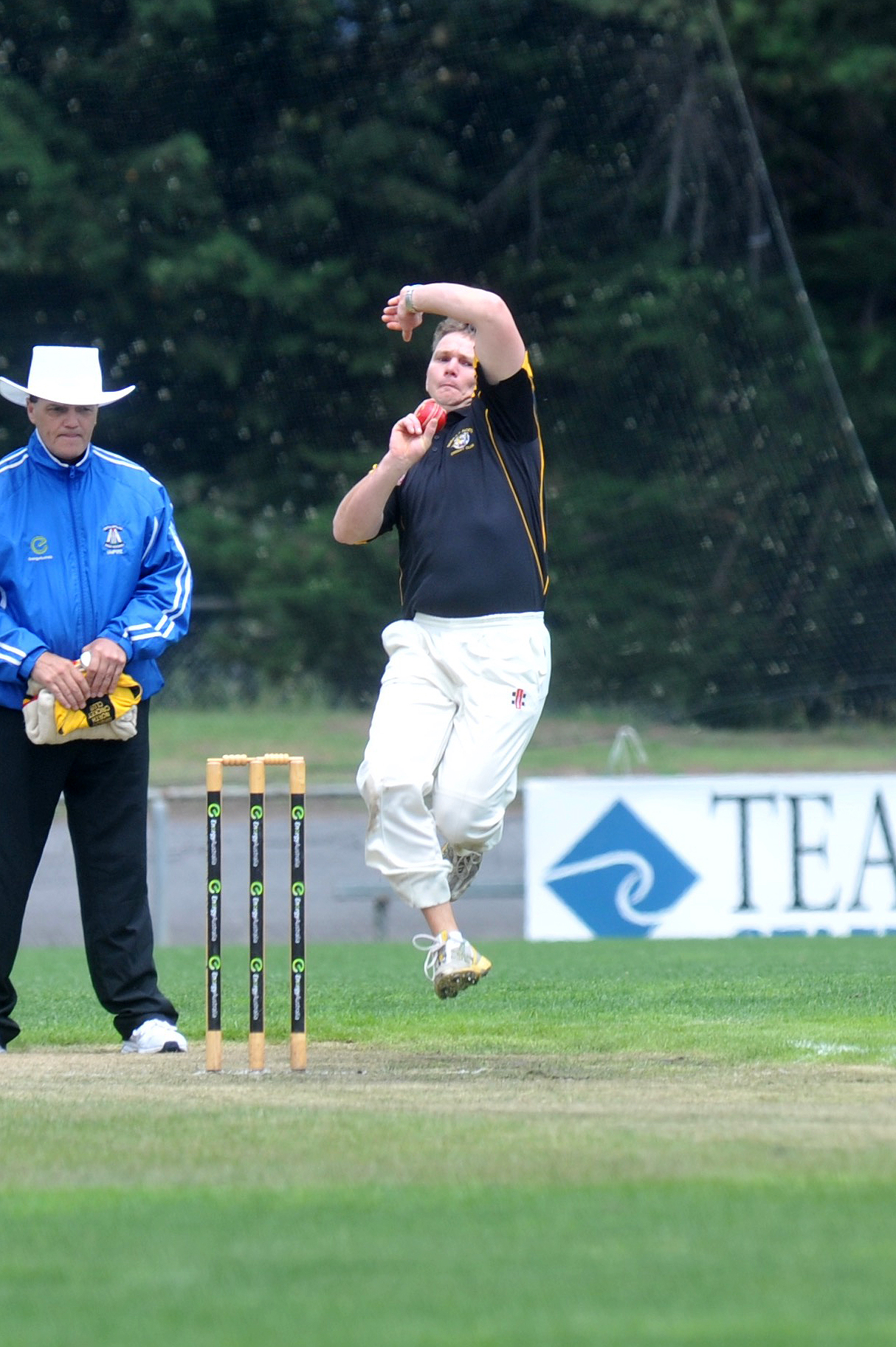 MORWELL suffered a heartbreaking Central Gippsland cricket loss against Mirboo North as the visitors snuck home on the penultimate ball of the day with three wickets remaining.

Mirboo North skipper Shane Peters won the toss and opted to bowl first in helpful conditions, and Liam Smit rewarded his captain almost immediately with the wicket of Mark Cukier for one.

Brendan Brincat then combined with skipper Rory Hare and added 62 runs to the total.

Peters then opted for a change of pace, introducing spinners Jarrod Speed (2/32) and Connor Williams (4/18).

Speed stopped Brincat for 40 to start the rot, before Williams ran through the tail.

The wily left-armer winkled out Craig Giddens cheaply before removing Hare for a well-made half century.

Gavin Bailey had been restored to the side after recent good form however, he lasted just two deliveries before being sent packing, and Williams dismissed Tim Dowe and Glenn Bone in consecutive deliveries before the run out of Steve Bilic ended Morwell’s innings on 140.

The total could have been higher but the lower order was unable to build on the platform set by the top, losing their final four wickets for no score.

Brincat took the first over and got his side off to the best possible start with the opening ball of the innings dismissing star batsman Robert Phoenix, before Adam Mates and Jesse Giardina did their best to rebuild.

Peters took control of the innings with a fluent 41 but his dismissal left Mirboo North at 6/116 with five overs left.

Seven from the 44th over put Mirboo in an excellent position and when the batsmen ran a hurried double off Rory’s Hare’s second-last delivery the celebrations ensued.

Ben Williams was the man to mastermind the chase for the visitors, with his unbeaten 22 sealing the points with support from Connor Williams and Steve Rogers.

LATROBE took home the points but was pushed all the way by an inexperienced yet fearless Moe outfit.

Batting first after being sent in by Brendan Evans, Ayden Kelly failed again and is under immense pressure at the top of the order, averaging just 3.2 from five innings.

The Lions could be forgiven for looking to captain Andrew Philip to absolve their woes, but the skipper also faltered with seven while Sean Spiteri managed just 11.

It was 17 year-old opener Joel Mitchell who provided the impetus for Moe’s innings through his aggressive strokeplay in tandem with the equally aggressive Nathan Lee (38).

The pair added 91 together before Latrobe stalwart Anthony Bloomfield picked up both in quick fashion; Mitchell was adjudged lbw for 92. Agonisingly short of a maiden CGCA century.

Tyron Gamage returned to the crease to mop up the tail and pick up 4/20, keeping Moe to 178.

Bloomfield opened up with Daniel Siddle and the pair added 92 runs before young leg-spinner Ryan Sim picked up the former, his first wicket in the top division, for a blazing 52.

Siddle and Matthew Brewer then partnered up for 53 before the latter was coaxed out of his crease by Sim, with Spiteri completing the stumping.

Siddle fell shortly after for what would prove to be a match-winning 82, with Steve Freshwater guiding the last stage of the chase.

JEERALANG0-Boolarra’s tough A grade baptism continued in the form of a loss to Trafalgar.

Batting first, the Panthers lost Craig Blackberry early before Luke Heath and Stan Urbanic put on 26, the best partnership of the innings, as the rest were blown away by Todd Mann (3/8) and Daniel Heathcote (3/12).

The Panthers negotiated more than 37 overs for their total of 73.

Liam Durkin picked up 2/15 while Jackson Noonan and David Bremner snared one apiece.

Heath was Jeeralang-Boolarra’s best with 34.

The Panthers will be pleased with their efforts with the ball but must find form with the willow to compete with the top sides.

WHILE the game was moved from Yallourn North Turf to Thorpdale, the Blues were unable to take advantage on home turf as the Bombers scrambled home by three wickets.

With a strong side the Bombers started well, keeping Thorpdale to just 92 with Daniel Keily (3/24) and Pearson (2/16) having the ball on a string, before Brown sent down two overs and was rewarded with 3/3 by some poor tail-end batting.

It was Lucas Fry (20) and Stuart Anderson (22*) who guided the Bombers home, avoiding a late collapse.

NEWBOROUGH was torn apart by Andrew Soplakow (6/11) and Jacob Blair (3/12), with only captain Mark Whitney posting double figures en route to a team score of 54.

Brenton Faltum removed Brendan Van Heurck for a duck before Dale Banks (69) made sure of the win.

A century to Ryan Collins saw Rawson rack up 5/264 against a hapless Jeeralang-Boolarra, with Rob Fiddelaars notching a half-century.

Dean Cecil was the Panthers’ best with the ball, taking 3/60 while Brett Akkerman and Dale Abbott also took one wicket each.

Nathan Hammond made sure of the points by taking a remarkable 4/5, while Ben Rotheram (3/5) and Brad Dunstan (3/17) bowled well in support.

THE experienced Sharks ran over the top of the young Ships, with the hosts all out for 57.

Jody Capp seamed his way to 4/8 while Nathan Nikodemski took 3/16.

ROB Sim and Alan Philip both struck half-centuries as Moe posted 8/157 against Latrobe Colts, with Anubhav Anubhav picking up 3/14.

The Colts were dismissed for 90 in reply, with Jack Aitken and Brendan Briggs both scoring 16.