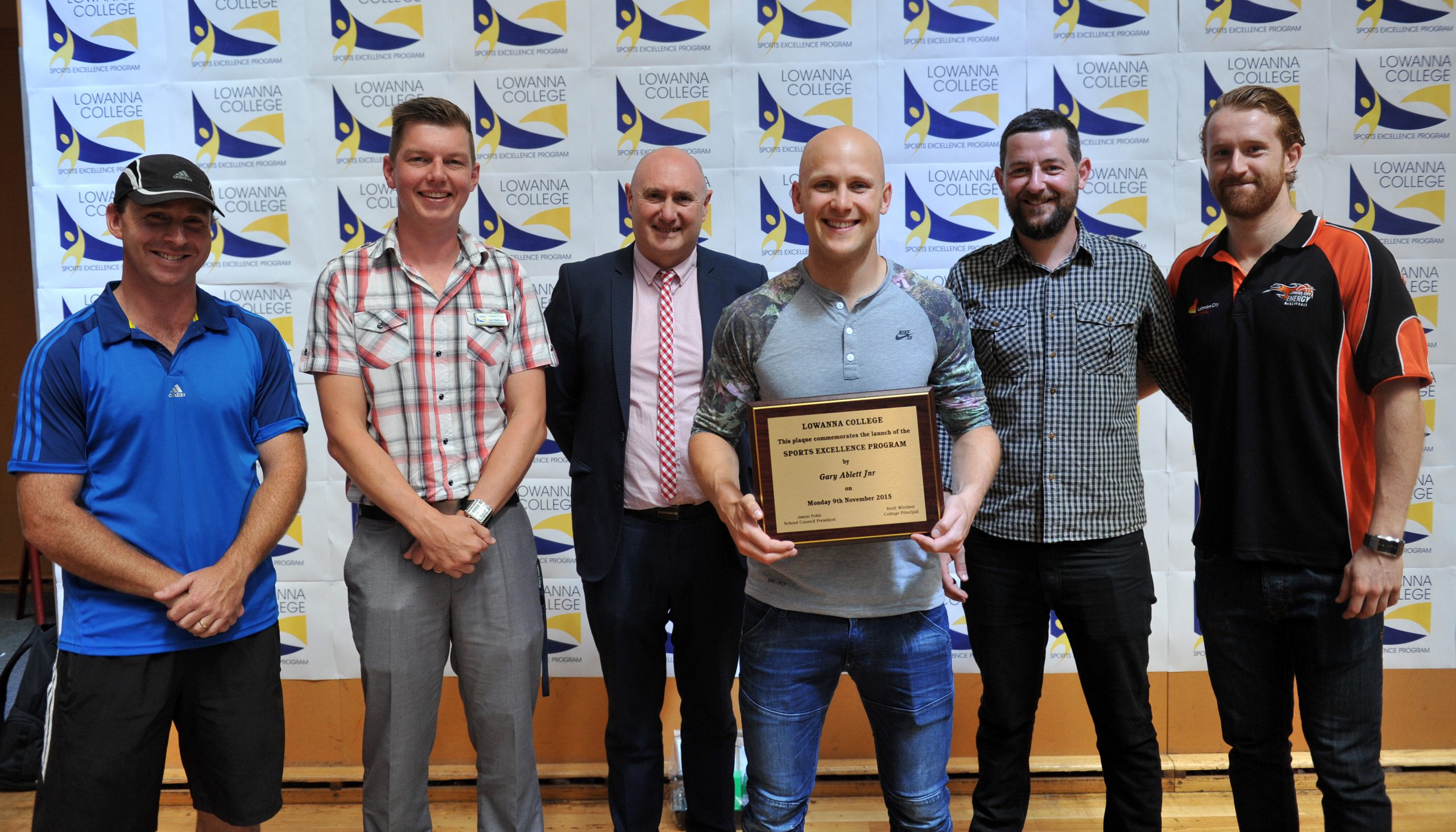 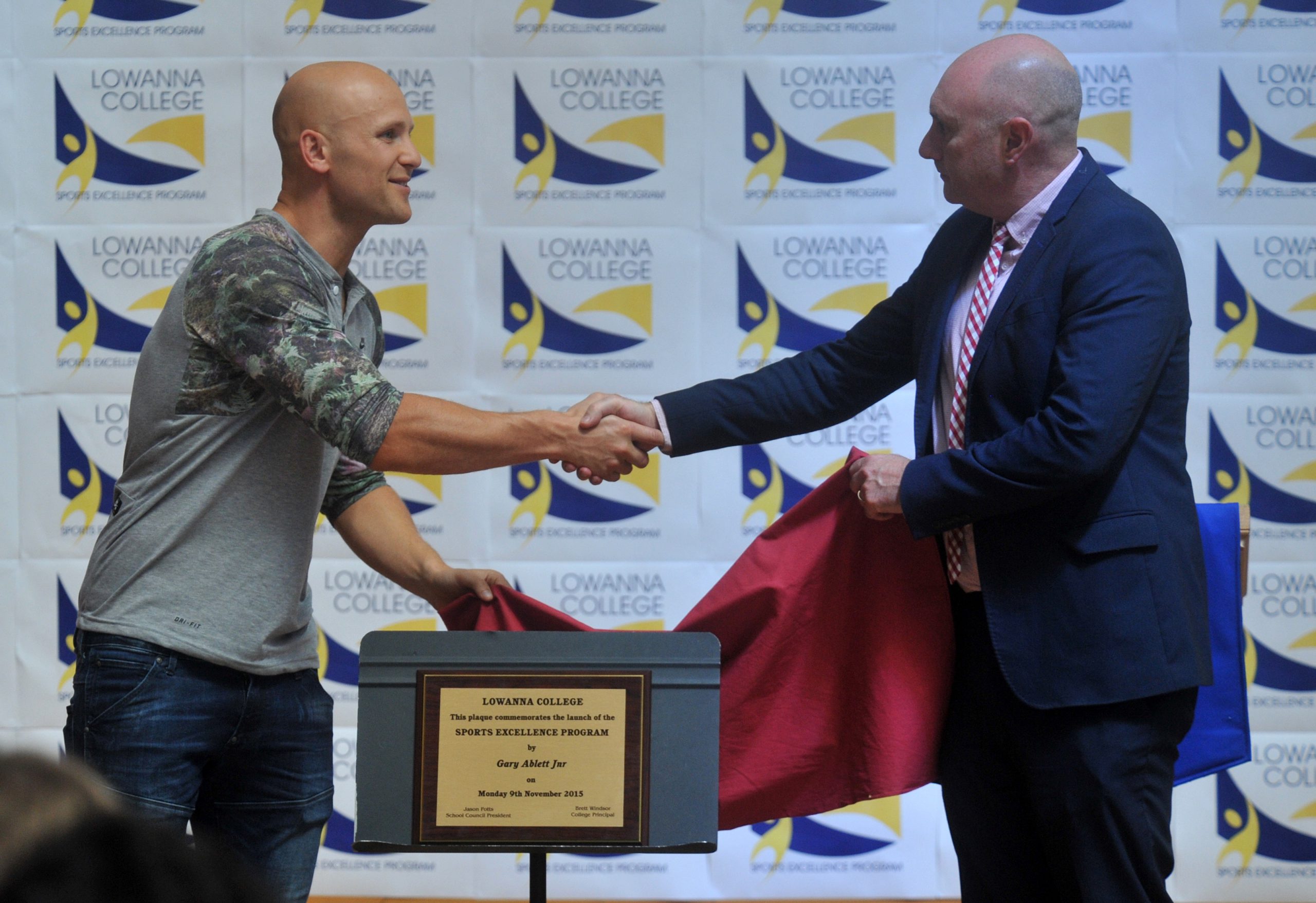 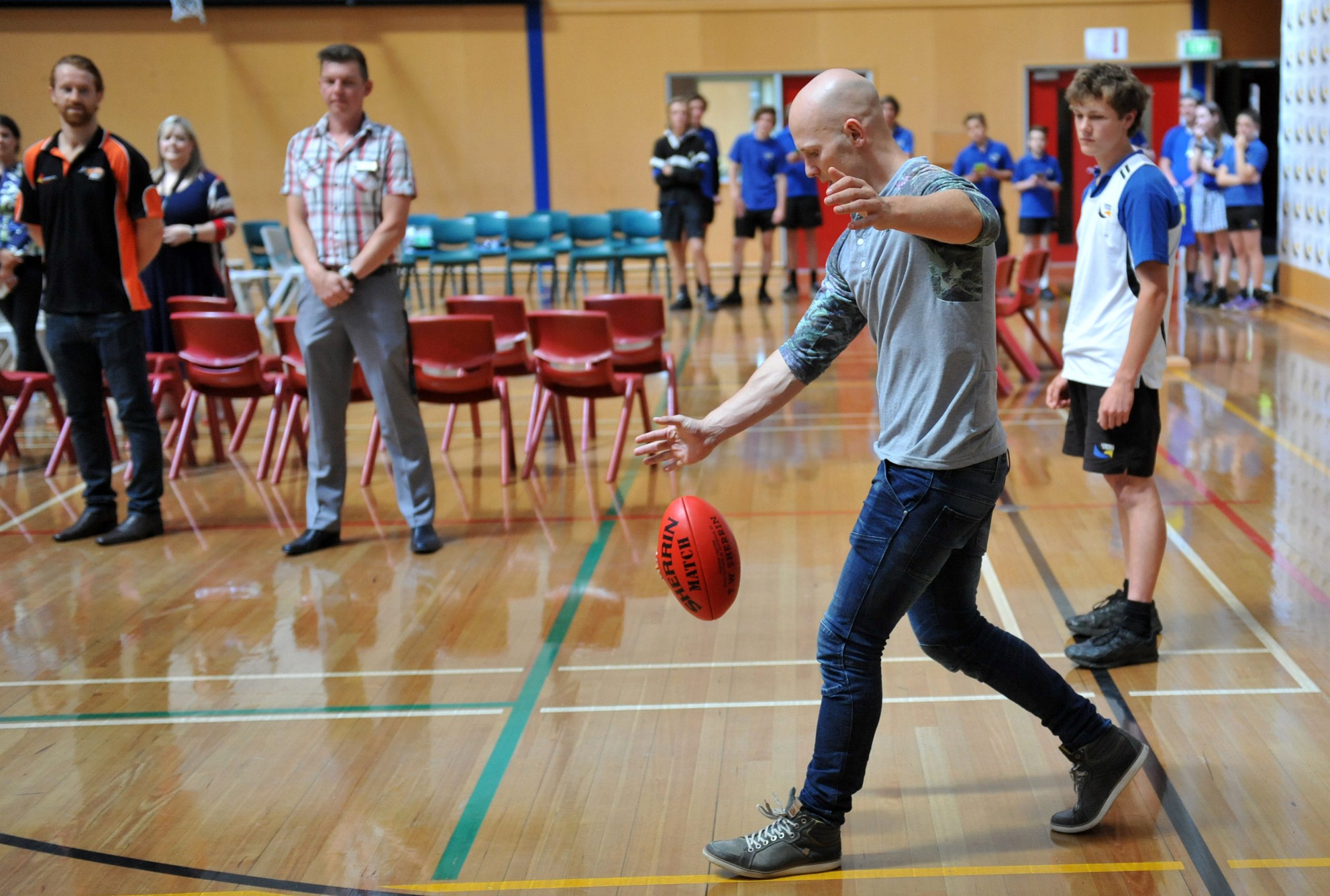 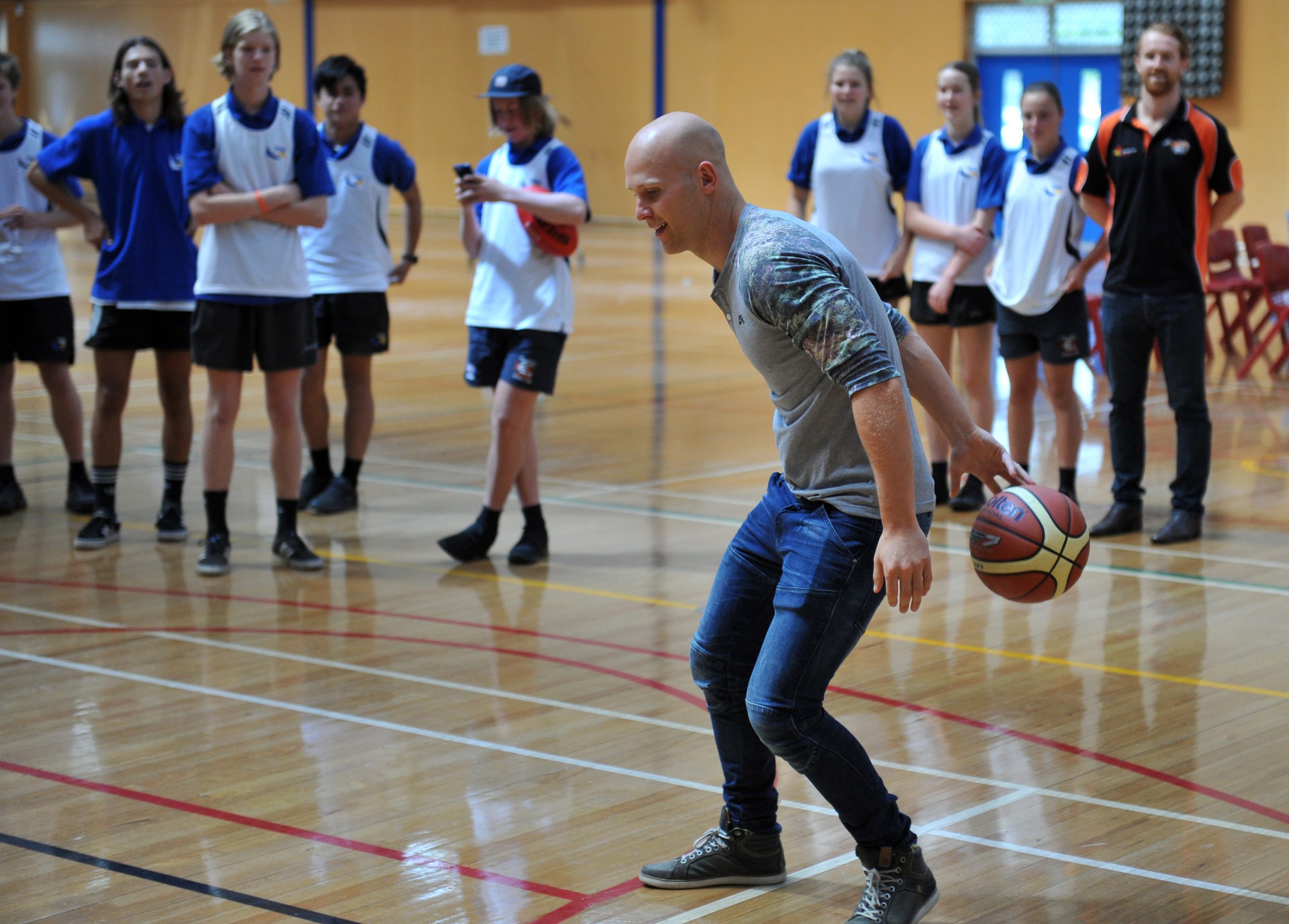 A GIPPSLAND secondary school sports academy is set to give 50 Lowanna College students a head-start in the industry from next year.

Lowanna’s Sporting Excellence Program, launched this week with the endorsement of AFL superstar ambassador Gary Ablett Jnr, will offer year nine and 10 students a one third sport specific curriculum in 2016 and beyond.

Aussie Rules football and basketball are the cornerstones of the academy-style model, headed by level two accredited coaches Allan Chandler and Michael Santo.

Chandler said the concept was to balance regular education with an accelerated sports component to give talented athletes the best of both worlds and a leg-up in pursuing a career in the industry.

“A third of the classes will be devoted to the sport, you still do your maths and English and normal subjects, but instead of generic physical education we’re really incorporating sports specific (programs) to help those kids develop quicker,” Chandler said.

“The idea of it is we’re trying to make it an academic as well as physical program; there’s going to be strength and conditioning classes, fitness, running classes.

“We are aiming to develop those kids and help them get to the next level so as part of that it’ll be skill sessions, gameplay sessions as well as theory sessions, nutrition and the stuff you should be doing week-in, week-out for you to prepare to be a better sportsperson, but also get that insight so it can help them outside of school into the sport and recreation industry.”

Chandler has been building the foundation of the program for the past five years, running a pilot football development program while liaising with sports academies such as Maribyrnong, Rowville and Elizabeth College in Tasmania, which began its athlete development program in the 90s, to inform the structure.

He said the idea was born from his observation that exceptional athletes in the area were not being engaged appropriately to further their sporting careers.

“I think we’ve got enough talent around this area that isn’t being developed properly,” he said.

“We want to be the first school set up in Gippsland to develop a sporting pathway, that can lead academically and in sport as well.”

Trips to Melbourne United (basketball) and AFL clubs will form part of the program, which will aim to help connect participants to elite sporting systems such as Gippsland Power and Latrobe City Energy, whose captain Jarryd Moss will act as a strength and conditioning coach at Lowanna.

College principal Brett Windsor said the introduction of the program was about broadening the education model.

“Being the first school in Gippsland to open a program is important… but it’s also about recognising that our students can, and do, excel in a whole range of areas,” Windsor said.

Outgoing student Sam Skinner has been a member of the football development pilot in addition to playing for Gippsland Power in the TAC Cup.

A highly touted prospect for this year’s AFL draft, despite missing much of the season through a knee injury, Skinner said the introduction of a fully fleshed out sports program could only benefit the next generation of Lowanna students.

“I think there’s a lot of talent around this area that seems to be overlooked,” Skinner said.

“If we can develop a lot of people with leadership skills and that sort of thing it’d be really good for the area, and improve hopes for things like the draft and (elite) basketball as well.

“It’s been great and it’s always been something you enjoy coming into school, you enjoy those sort of classes.”

The school has also been home to national basketball representative Jaz Shelley, who is bound for the Australian Institute of Sport.

For more information about the program phone Lowanna College on 5127 9200.