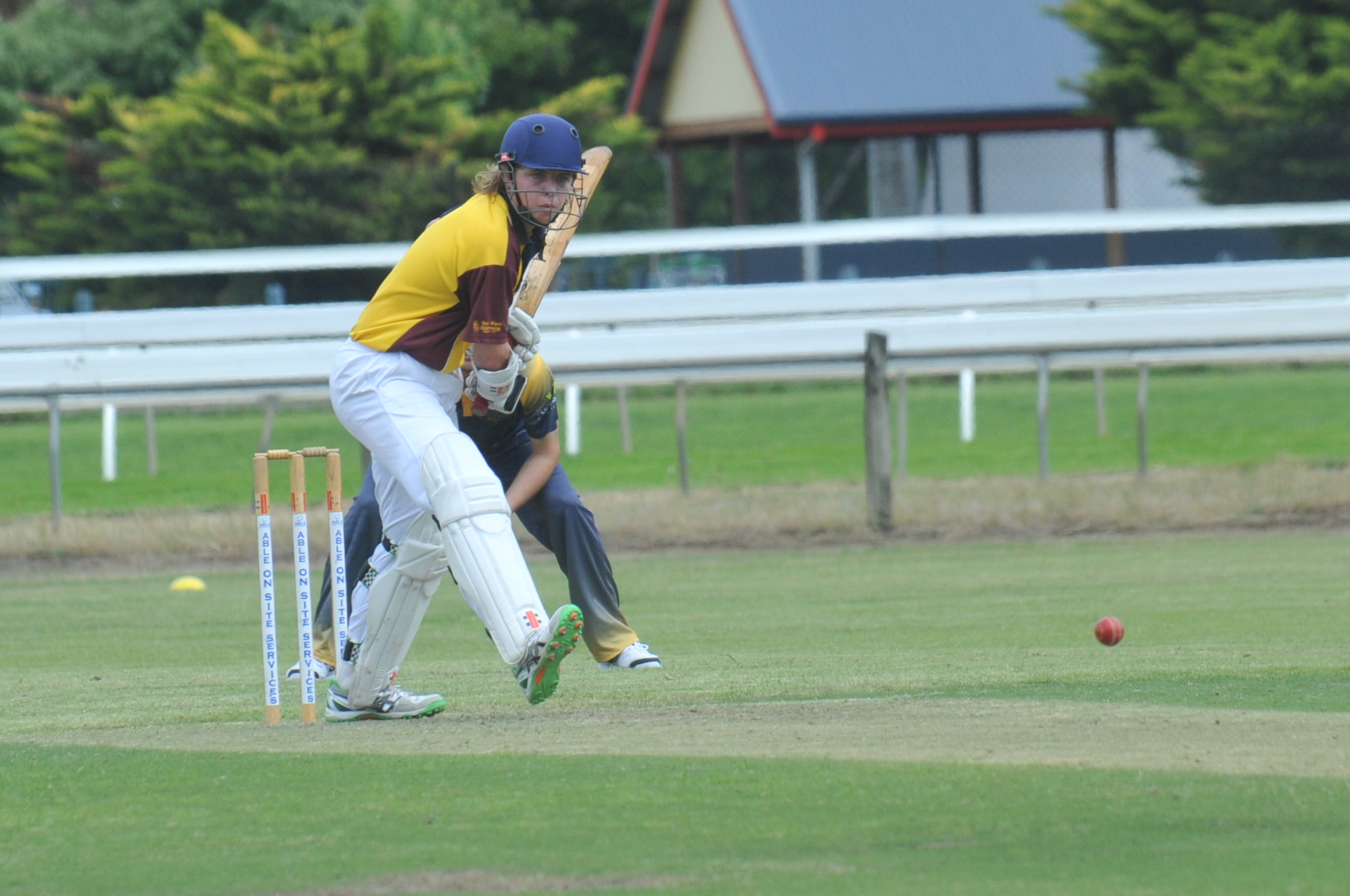 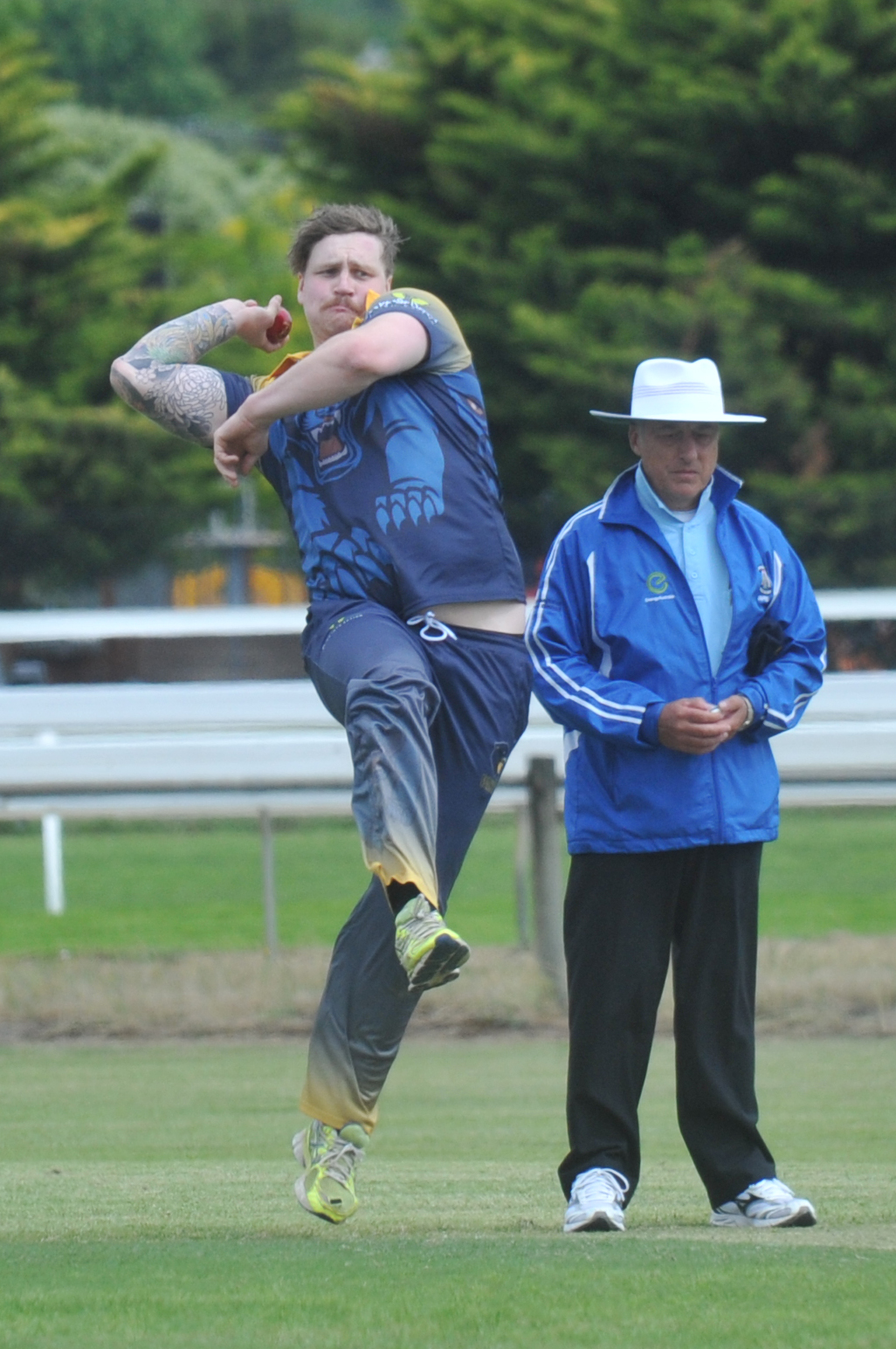 The Jeeralang Boolarra Panthers recorded their maiden A grade victory in style after being sent in by Moe skipper Andrew Philip.

Tim Laaks fell to Nick Clarke early but brothers Luke and Ben Heath both scored half-centuries to regain the ascendancy.

Wickets remained hard to come by and it was opening batsman Joel Mitchell who made the breakthrough, having Luke Heath caught by his skipper before a pair of run-outs helped restrict Jeeralang-Boolarra’s free-wheeling batting at the end of the innings.

Mitchell also snared Ben Duffy and Stan Urbanic to finish with 3/44 to be the home side’s best bowler by far.

The Lions needed to bat out of their skins to have any hope of chasing the visitors’ total of 7/193, but Dillon Leys put an end to their ambitions.

Leys picked up both openers then sent Kane O’Connell back without scoring en route to figures of 3/29 from his six overs.

Panthers skipper Urbanic mopped up the tail with 4/28 but it was Matthew McGrath who made the crucial dismissal, that of key bat Andrew Philip for 63 which put the final nail in Moe’s coffin.

The Lions were ultimately all out for 123 in the 30th over.

Yallourn North scrambled home in the final over of the match against Morwell to keep its impressive start to the season intact.

The early loss of Gavin Bailey was a temporary setback as Hare joined brother Jackson Beani at the crease and the pair added 84 for the second wicket.

Left-arm spinner Jeremy Butler eventually broke the stand and when Rowan Kelly claimed two quick wickets, including import Riyaz Pathan for a duck, the Bombers were in with a shout of restricting Morwell to a sub-par total.

Hare teamed up with Craig Giddens as the middle order went for quick runs; Sam Mooney was the victim of a run-out and the aggressive Jayden Hawkins was dismissed without scoring as the Tigers closed at 7/174.

Kelly bowled well for Yallourn North to reap figures of 3/24, while Will Lawrey (2/39) and Jeremy Butler (1/32) were the Bombers’ other frontline contributors. Yallourn North lost Aidan Vesty after a 44 run opening stand however at 1/70 was sitting pretty.

Hare brought on spinners Pathan (2/36) and Beani (1/34) to immediate effect, picking up the wickets of Callum Polo and Josh Keyhoe.

At 3/78 the Bombers needed to bat carefully to avoid a collapse, and skipper Patrick Spiteri found a more than capable partner in Evan Sheekey as the pair added 72 to bring the home side within 25 runs of victory when Sheekey holed out off the bowling of Brendan Brincat.

When Spiteri was bowled by Pathan just four runs later it looked like there could be another twist in the tale as Yallourn North began to run out of both wickets and overs.

Jeremy Butler and Rowan Kelly managed to eke out the winning runs in the last over of the day to seal a brilliant win for the Bombers.

The grand final rematch was convincingly won by defending premiers Trafalgar on the back of a bruising ton by James Blaser.

Bowling first the Sharks failed to make inroads and did not help themselves out in the field, putting down opener Blaser three times including in the first over on nought.

The big-hitter made them pay to the tune of 107 runs.

Blaser’s aggression was perfectly matched at the other end by the calm perseverance of Aiden George, who played an introspective innings of 56 in a 152 run opening stand.

The Sharks tried desperately but failed to make the breakthrough until Anthony Bloomfield knocked over George’s castle.

Rhys Holdsworth struck an unbeaten 32 but Blaser’s hundred was the driving force of the innings, ending only when he was caught going for one boundary too many off the bowling of Brendan Evans.

Latrobe knew they would have to bat well to have a chance at chasing down 219 but Nathan Simpson and Todd Mann were all over them.

Mann’s 4/24 helped reduce the Sharks to a humiliating 5/19 before Daniel Siddle (49) set about restoring some pride, helped out first by Adam Duncan and then Benn Zomer, Tyron Gamage and Brendan Evans as the visitors recovered to be all out for 126.

Top-of-the-table clash honours went the way of Mirboo North as it amassed 8/308 with the help of Jacob Blair (86*), Cam Le Page (89) and Adam Mates, the latter two available due to the first grade bye.

Nathan Hammond and Ben Rotheram picked up wickets but felt the full fury of the batsmen, both shipping about eight runs per over.

Chad Williamson stood up for the visitors with 51 but the rest of the side faltered as they were all out for 117.

For Peter Grima it was an unhappy return to the club with which he won a flag in season 2013/14.

Josh Taylor and Dale Banks, both of who played in that grand final win, were the destroyers for Mirboo North with 4/19 and 3/36 respectively, with Banks dismissing Williamson, Luke Ravenhorst and Josh Hammond to claim a hat-trick.

Jeeralang-Boolarra notched up 7/164 against St Vincents as Dale Abbott top-scored with 54.

Ossy Brennan, Craig Dekaste and Adam Parker all made contributions to the total, while Steven Tobin (4/34) was the visitors’ best with the ball.

The Saints lost regular wickets in the chase which made it difficult to sustain good pace, Brennan nabbing 3/20 as only Rodney Meddings and Glen Pakarinen, the latter playing against his former club, got starts as the Saints closed at 8/126.

Latrobe was razed by Clinton Monds and Roger Henry early to be 3/3 before Tim Cranwell (51*), Ashley Halkett (32) and Brendan Wynne (39) helped restore the balance, eventually posting 154. Dylan Day took four wickets but was expensive, going for 48 runs. A brilliant 72 by Glenn Bone all but sealed the points for Morwell as they closed at 6/168, Martin Giddens chipping in with 37.

Yallourn North won the toss and batted first, but aside from a belligerent knock of 58 by tailender Daniel Martini it was a sorry sight for the Bombers, as they were blitzed by a side with eight players under the age of 20.

Dale Walshe returned from retirement to cash in against the Bulldogs once more with 62, but Royce Colgrave (2/28) and Mark Whitney (2/27) restricted the Lions to 7/129.

Anthony Faltum’s calm 48 at the top of the order enabled Newborough to build a solid foundation for the chase, passing the total four wickets down in the face of canny bowling by Mark Rogers (3/31) and Lachlan Francis (2/25).