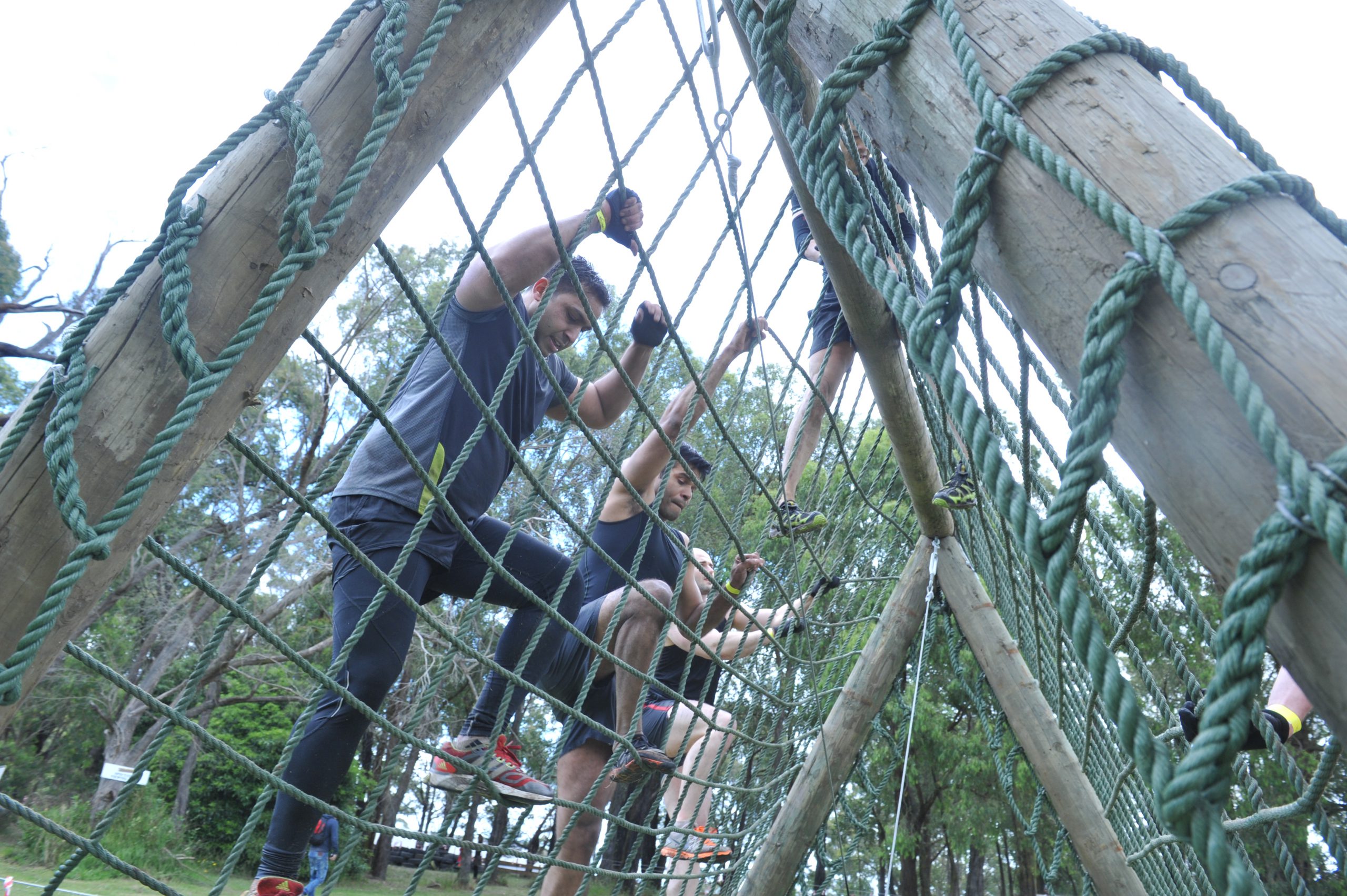 RELATED COVERAGE: No obstacle too high

INTREPID souls crawled through mud, climbed walls and defied gravity in the name of charity at Trafalgar East during the Summit Survivor at the weekend.

The explosive bush obstacle course played host to its second major event of 2016, though the sequel to the successful March event featured a selfless agenda with 100 per cent of funds raised going toward the Impact Project.

Created by Summit managing director Ryan Doughty, the charity will provide youth leadership and personal development camps to 1000 Victorian teenagers, aged between 14 and 18, in 2016.

Opportunities will be abundant after about 2500 participants took up the challenge on Saturday and Sunday.

Elite leagues of teams dedicated to obstacle racing around the country had first crack, with some completing the 36 obstacle five kilometre challenge in about half an hour.

It was then open season for the amateurs as individuals, families, sporting clubs, gyms and many more tried their hand at the gruelling gauntlet.

“The weekend has been such a phenomenal success. The amount of participants who have come along and supported our new charity and had an amazing day (have made it) a really beautiful atmosphere,” Summit business director Meg Height said.

“It’s been a bigger success than we could have imagined, it’s just been beautiful to see everyone come together and get outside and have some fun.”

Among the more popular trials was a new vertical drop slide, dubbed “drop it like it’s hot”, which shoots the slider into the lake at its base.

Another favourite attraction was the introduction of a children’s event.

“We had hundreds and hundreds of kids running it, it’s been a huge success… again it’s another really healthy, community, family thing to come and do,” Height said.

Height commended Summit owners Ryan and Mel Doughty first for developing a successful business which drew huge tourism to the region, and for dedicating an entire event to charitable causes.

“For them to be so generous now to create this charity, and forgo what they could have as income for this event and set this up for a local community and young kids to really benefit from (is outstanding),” she said.

“They put their heart and soul into it, they back the whole charity that they’re in… they really want to see young people’s lives changed in the most positive and productive way possible.”

The Summit will now revert to an annual event, set to be staged on 12 November 2016.

Height said the Summit would keep people informed about how the money raised from this year’s event was being used to change young lives.

The total amount raised for the foundation will be tallied this week.