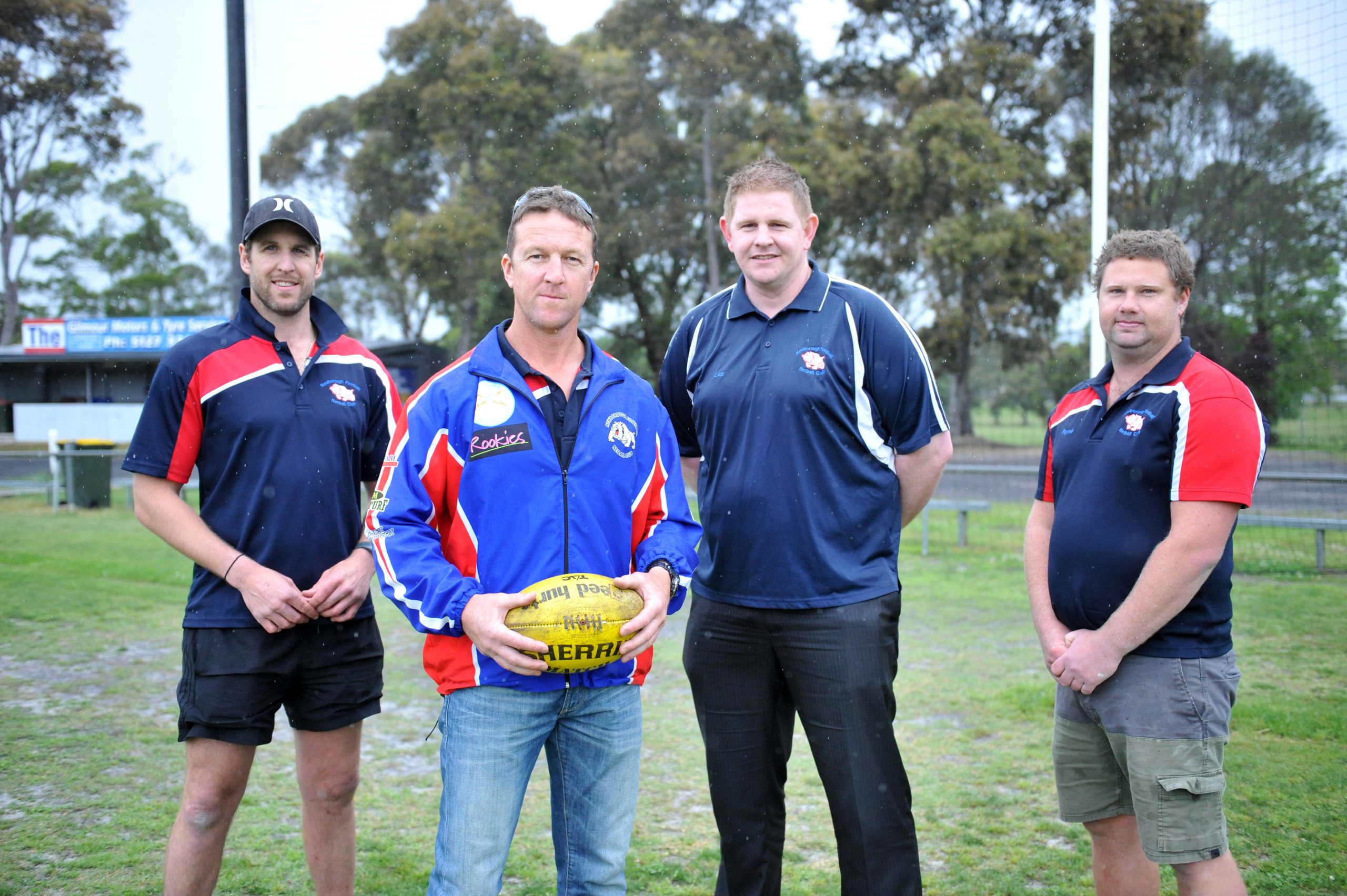 IN the wake of three consecutive grand final losses this decade Newborough Football Club has turned to the last bevy of Bulldogs who tasted September success in a bid to buck the trend.

The club’s coaching staff for 2016 is comprised exclusively of members from the 2003 championship team – Newborough’s most recent flag – looking to keep the current premiership window ajar.

Dean Caldow returns for his second consecutive year, and fifth overall, as senior coach, while former senior best and fairest Les Stothard – best known in recent years for winning a BigV division one basketball flag as coach of Latrobe City Energy – returns to take the reserves.

Club mainstays Darryl Disisto and Chris Payne, a premiership winning under 16s and 18s coach, are set to handle the thirds and fourths respectively with assistance from Danny Schembri.

Caldow was a playing coach in the triumphant ’03 outfit, while Payne and Stothard were just 17 and 18 years old respectively.

While Caldow said the reunion of the premiership quartet was sheer coincidence, their combined experience could be a winning formula.

“Everyone’s gone on their separate journeys and we’ve all ended up back together,” Caldow said.

“All four of us have tasted what success is and we just want to bring that professionalism in.”

Returning to the role this season gone in place of Glenn Michie, Caldow was forced to embark on a rebuilding phase as 11 senior players bowed out on the back of a bitterly disappointing runner-up treble, each time losing the decider by a single digit margin.

Caldow said there were two responses to missing out so many times – come back more determined or don’t come back at all.

Unfortunately for the Bulldogs, a decent chunk of the 2014 team chose the latter.

“(For) part of those 11 that left, it was too hard. I lost two because they said it was too hard (losing three grand finals) and that’s disappointing for the rest of the team, because there’s a lot that are hanging around,” Caldow said.

“Those five guys over 30 (that are still around) could quite easily say they’ve had enough and want to retire, but… while you’re enjoying your football, still playing finals regularly (why would you?).”

The Dogs bounced back and played finals football this season, though fell short of the big dance, and accounted for every side in the competition bar minor premier Yallourn-Yallourn North.

Having covered the loss of several inside midfield presences and key position players ahead of the next campaign with a string of recruits from the Ellinbank league, Caldow insisted the premiership window was still open.

“The playing group and the club, a lot of them are starting to think have we missed the boat, but I don’t think we have,” Caldow said.

“We still think we’ve got the core group to win it. It’s sort of what level of commitment they want to put in… we showed this year glimpses of what we can achieve, we just need to be more consistent.

“I think the hunger’s still there for the group, I just think with the players we lost we need to bring in that ‘100-game senior experience type’ players. Probably a little bit of mental… and physical hardness (too).”

To help build that mental fortitude Caldow has turned to the failures of the past.

Reviewing game tape of grand finals gone begging is far from an enjoyable task, but Caldow felt it was a necessary one for growth.

“When you haven’t been there and you keep falling short… if you lose three grand finals by under a goal I don’t call that bad luck, I think there’s obviously reasons why you’re not winning the close ones,” he said.

“This year I’ve addressed a lot of that, I did make the playing group watch it (the last grand final loss).

“I can say you’re doing something wrong and you’ll go ‘that’s your opinion’; if it’s there and you can physically watch it you can see where you’re breaking down and falling down.”

With five players over 30 and as many under 20 on the existing list, Caldow’s recruitment has targeted experienced mid-20s players nearing the peak of their powers.

While he has drawn from outside the club to source them, Caldow was quick to point out the Dogs’ list was largely home grown, with 20 of the 21 who played in the last grand final having come from the junior system.

Caldow said junior development was key to continued success, which was evidenced across the club this year when all 10 teams, football and netball, reached the MGFL finals series.

“Yes I’ve recruited five from Ellinbank, but this club has relied on its junior structure,” he said.

“We’ve always promoted and developed our juniors and that’s why our club’s pretty strong.

“We’re just trying to strengthen our list… we’ve got a lot more reserves guys pushing up to play senior footy.”

The club is hopeful the return of Stothard to the reserves coaching role will accelerate the ratio of twos transitioning to the top level.

The former Dogs vice-captain has become an adept squad manager in the past three years as coach of the region’s elite men’s basketball side and is hoping to apply the same to football.

“Hopefully I just bring a different point of view, I probably see things a bit differently having not had that football experience in that last few years and coming from that basketball background,” Stothard said.

“Man management more than anything, I’ve got a lot of experience managing individuals so hopefully it holds me in good stead.”

The Dogs go into 2016 having lost just one key player, Josh Keyhoe to YYN.