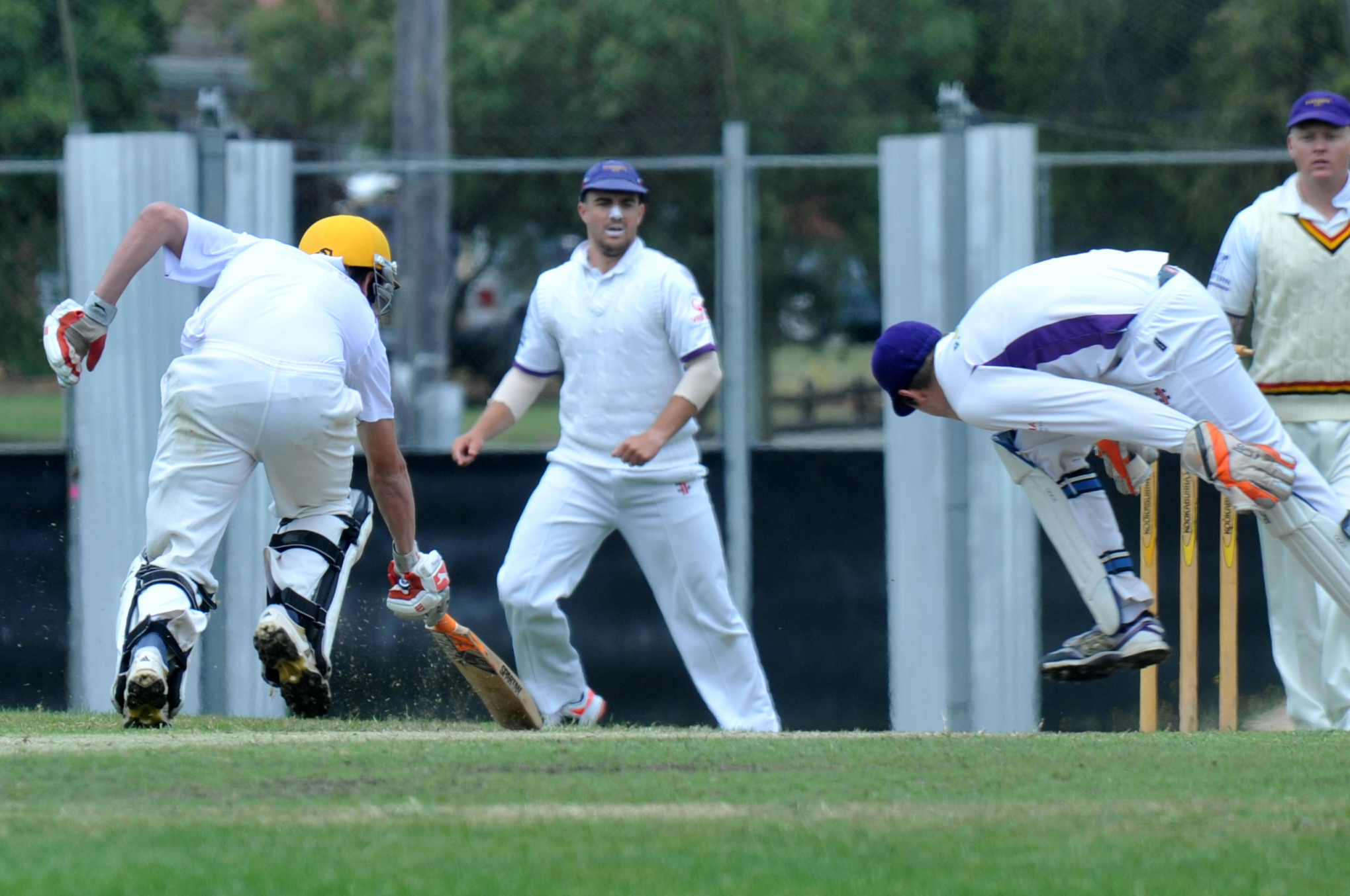 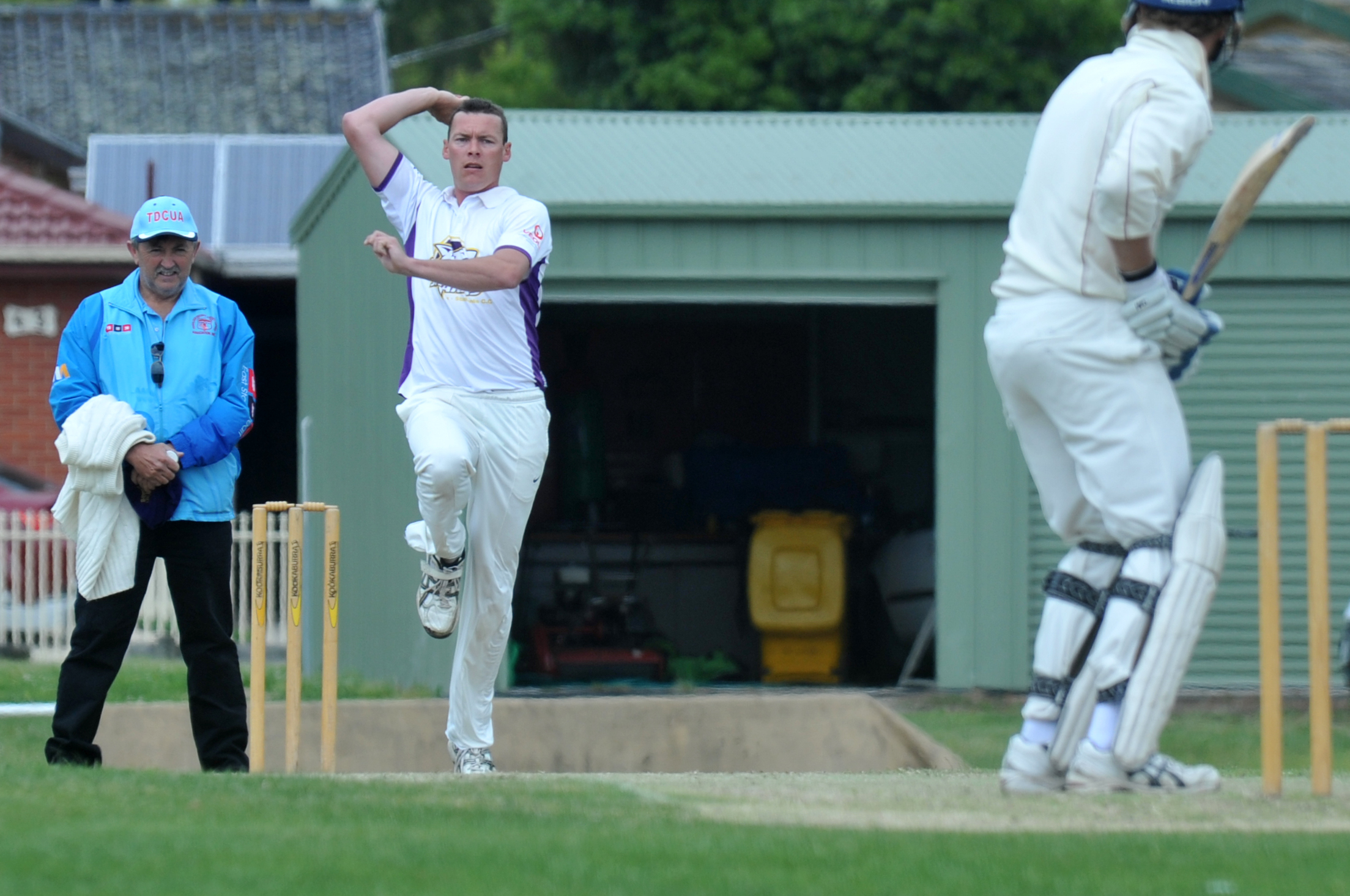 IT was Groundhog Day at Traralgon South when CATS again withered in the face of a fearsome Brad Knowles on day two of round four in Traralgon and district cricket.

For the second week running Knowles tore apart a feeble CATS batting lineup to take an incredible 8/23, giving him match figures of 14/26 from 27 overs.

CHURCHILL failed to reach second gear chasing an imposing 325 and was steamrolled for a paltry 106 by Ex Students. The innings began poorly for the Cobras when opener Ben Kearns was run out for one, and wickets continued to fall with regularity.

Ric Velardi top scored with 38 while Brendan Mason made 23.

Ex Students used the remaining 21 overs as batting practice and reached 4/108 by stumps.

ON a hiding to nothing CATS started day two in the exact same vein as last week and at 8/24 was five runs better off than its first innings score.

Toby Eastburn showed his CATS teammates how to grind out runs with a determined knock of 42 and along with Steve Morgan’s 30 dragged CATS to 99.

The one man Raiders show was in full swing as Brad Knowles produced his best figures to take 8/23 from 16 overs, following up his 6/3 effort last week. Knowles removed CATS’ top six for a combined 16 runs before mopping up the resilient tail.

Ross Whelpdale took the other two wickets to fall.

THE reigning premier Glengarry had no trouble passing the total of 147 set by Centrals last week.

Sam Marks top scored with 65, Franks Marks made 27, Hayden Ross-Schultz showed some form with 47, while Ben Marks remained 54* at the close.

WHAT promised to be a close game fizzled out as Rovers recorded a resounding victory over Traralgon West.

However when these two were dismissed the familiar batting woes continued and West was all out for 118.

THE Toongabbie Rams’ batting woes continued as they failed to run down a chaseable score of 169 against Imperials.

Faltering at the wrong time, wickets tumbled and only Jase Veneman at the top of the order with 37 and Adam Mazza with 28 showed any real resistance.

Again Imperials were best served by leg spinning dynamo Nathan Campbell who took 5/27 to move his season tally to 18 wickets.