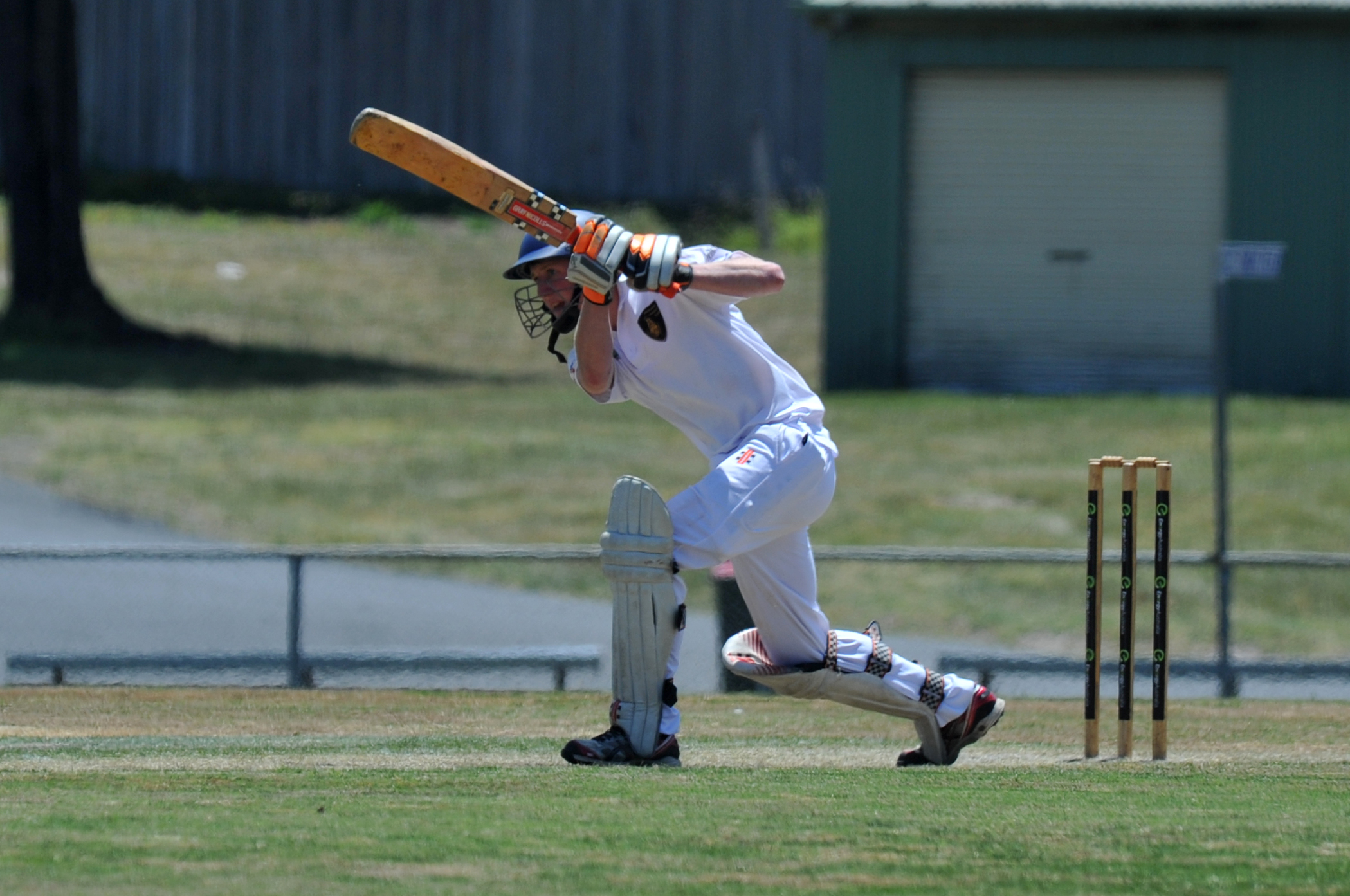 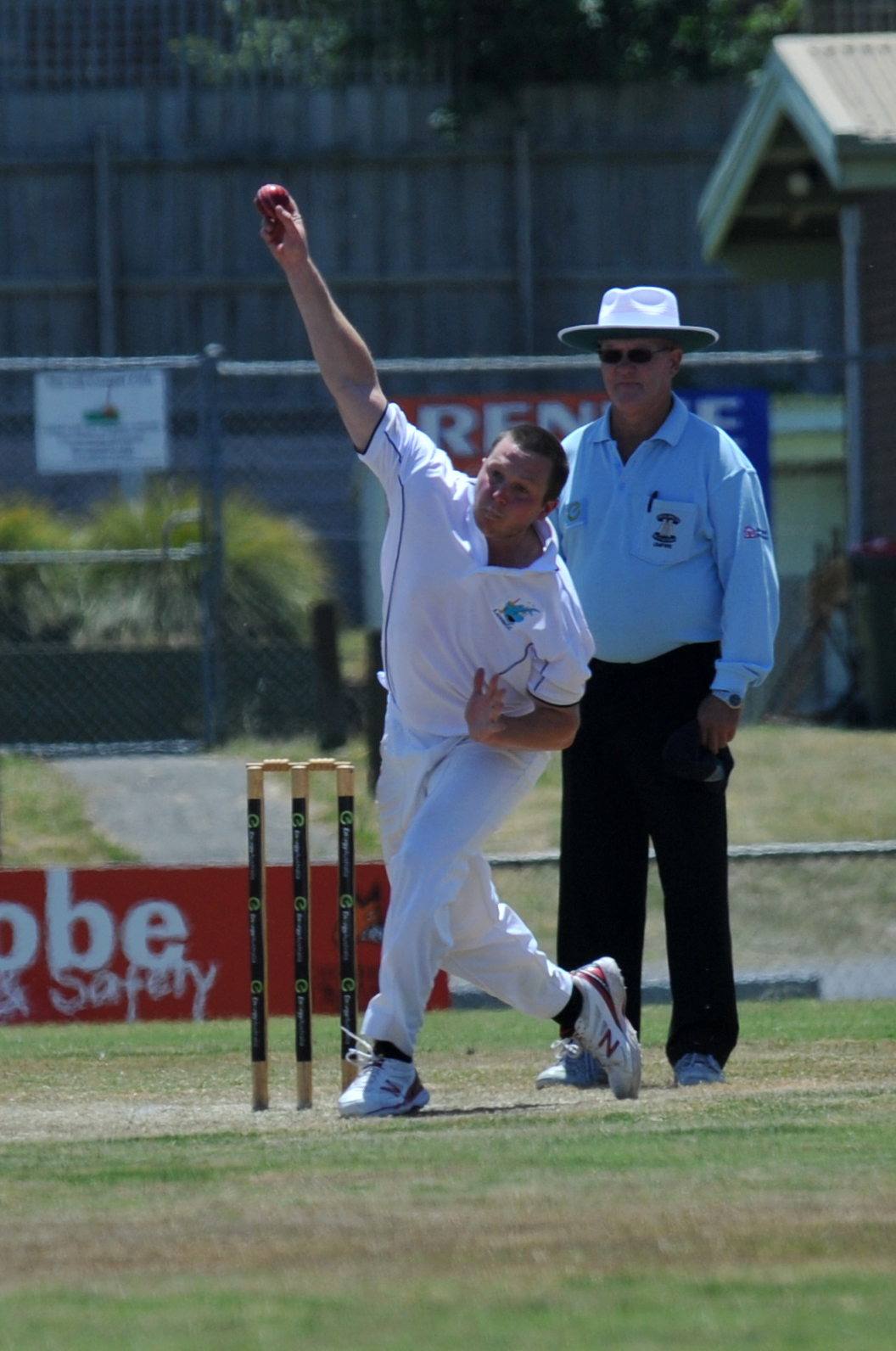 MORWELL had the better of it on day one of the central Gippsland cricket derby against Latrobe.

Latrobe picked up Jackson Beani cheaply but that was as good as it got for the beleaguered Sharks, who spent the day chasing leather as Morwell reached 7/278 at the close.

Rory Hare struck 69 to be the top scorer and secured good partnerships with Craig Giddens (32), Riyaz Pathan (18) and Glenn Bone (52*) to drive the Tigers along.

Chris Johnson (3/38) and Brendan Evans (3/65) battled hard but when Bone started to accelerate late in the innings Latrobe were unable to curb his strokeplay; the youngster hit his way to a vital unbeaten 52, his second half-century at the top level to give Morwell a late-innings boost.

Jamie Brierley was the only other wicket taker on a trying day for the Sharks who will need to bat well next week to chase down a mammoth total.

MOE captain Andrew Philip had a day to remember as he scored a brilliant century to lead the Lions to a total of 231.

Kayne O’Connell was promoted to open with Ayden Kelly with the former’s 40 the second highest score of the innings as practically the entire order batted around their captain.

Kelly, Aaron Walshe and Trent Baldi, the latter on his debut, all got starts but the dismissal of six batsmen for single figure scores was covered up by Philip, whose 114 papered over the Lions’ middle order cracks.

Rowan Kelly bowled his heart out for Yallourn North and returned 4/34 while wily spinner Jeremy Butler picked up 2/62, but the Bombers’ inability to dismiss the opposition skipper took a big toll. Yallourn North only produced the one chance from Philip which was spurned, but he had already scored 110 by that stage.

Finally Philip was the last man out when he was caught by Evan Sheekey off the bowling of Kelly.

ADAM Mates again stood tall for Mirboo North with 66 but did not play a lone hand this week as the entire batting line-up sung the same tune to post 261 in good time against Jeeralang-Boolarra.

Both then fell victim to Dillon Leys, but Rob Phoenix (29) and Jed Alexander (47) picked up where they left off with a 53 run union.

The only disappointment for the Tigers will be that no single batsman went on to compile a big score, however they did run into Dillon Leys on a good day for the big fast bowler as his 5/71 limited Mirboo North after being 2/155.

Panthers captain Stan Urbanic bowled well in support and finished with 4/37, with Luke Heath picking up the other wicket to fall.

THE Philip family name continued to dominate in second grade with James Philip striking 132 as Moe reached 4/250 against St Vincents.

Rob Sim’s 58* compounded the misery for the Saints with only Brett Dowdell (2/42) getting any headway.

The visitors made a decent fist of it but were all out for 181, 70 runs shy of victory.

JAKE Redman’s 47 helped Yallourn North post 9/155 against Newborough after Troy Oakley and Royce Colgrave both took 3/22 to restrict the Bombers.

Anthony Faltum struck 48 for the home side to see them over the line, with only Nick Gooden (2/22) and Stephen Pearson (2/39) making inroads with the ball.

MITCH Cowell and Ash Halkett both nabbed three wickets for the Sharks to keep Jeeralang-Boolarra to 140, before veteran Tim Cranwell struck 74 to secure the points.

The Panthers would have had a much tougher time if not for a battling half century to Brad King.