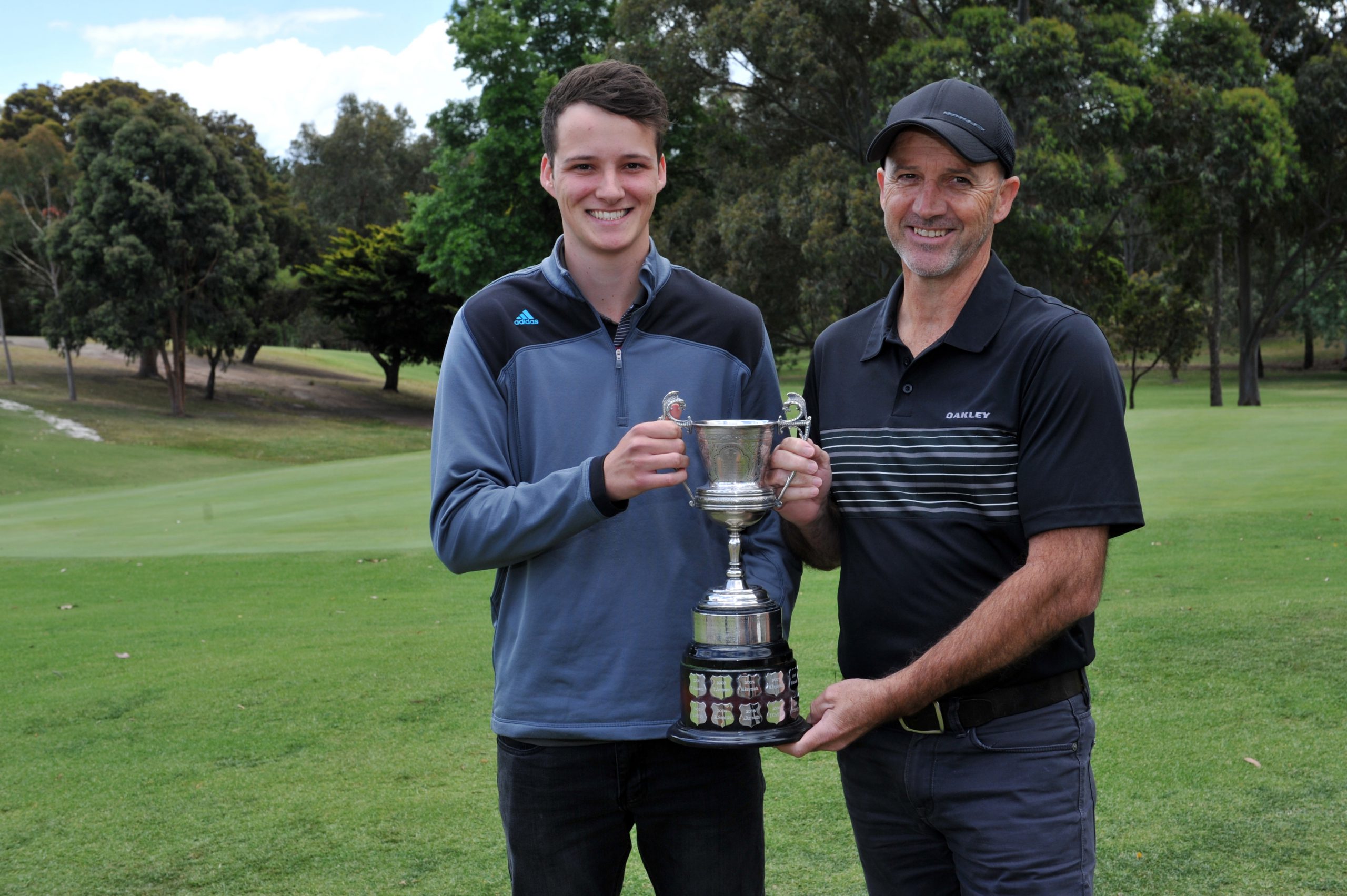 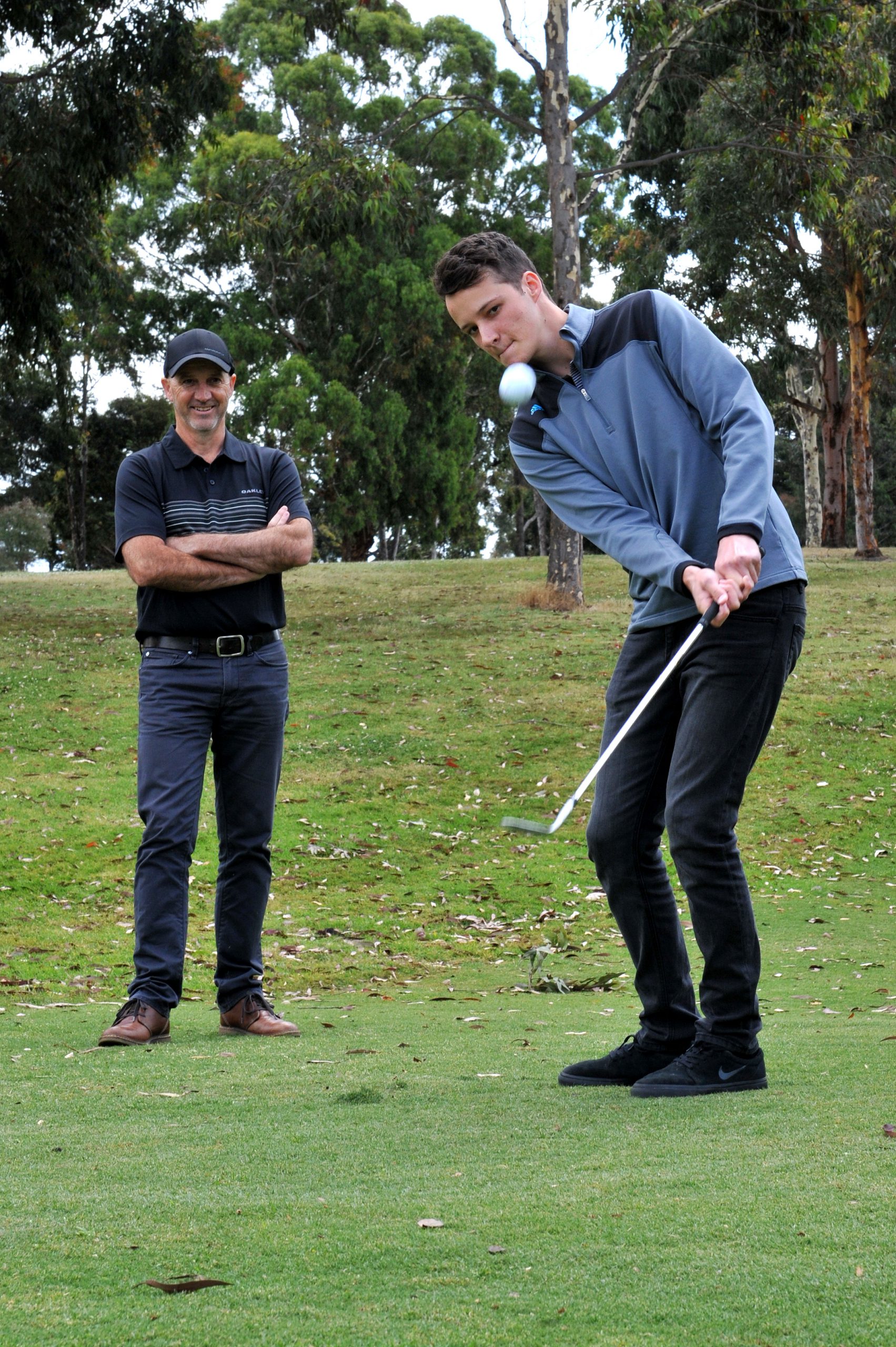 IT’S a classic case of like father like son when it comes to golf in the Ware family.

Rod Ware first picked up a club about the age of 12, as did son Liam about five years ago.

Both fell in love with the game after stints in football and cricket, and both scored Traralgon Golf Club championship trophies late last month.

Rod, 50, surged from seven shots back in the third and final round on 29 November to knock off big-hitting course director Rick Alexander by a single stroke in the A grade scratch event.

Seventeen year-old son Liam overcame a lacklustre opening round of 92 by shooting 80 and 78 to take home the junior championship.

The pair had previously won their respective club trophies in the past, but this year’s victory was a special moment.

“It’s good because Liam’s won one here before and I’ve won one before but in different years, it’s the first time it’s been in the same year,” Rod said.

For Rod it was a second consecutive club title at Traralgon, adding to his collection of Morwell championships, and another tight tussle with Alexander.

Still one shot back by the 17th, Rod made birdie while his rival, playing in the same group, carded a bogey.

“It was unexpected I suppose, it was a good result,” Rod said.

“He was having a bit of an unlucky day so it felt like I had a bit of a chance and I got pretty close after about 12 or 13 holes.

“We’ve had a couple of good shoot-outs together, he won one a few years ago and I won last year and this year, so we’ve had some good head-to-head competitions.”

Golf has always been a shared activity among the Ware boys.

The pair played socially together while Liam pursued team sports until he turned his focus to golf.

Rod moved from Morwell Golf Club to Traralgon to put Liam, who now plays off a single digit handicap, into their junior program and they’ve been teeing off ever since.

“I kind of liked footy and cricket a lot, then I got into golf just to try it out and really loved it so ever since we’ve just been having a hit together,” Liam said.

“It was pretty cool to win both (club championships), but dad got the better voucher than I did in the end.

“The course was pretty awesome for all three rounds (superintendent) Nathan (Arnett) did a great job with the course and the directors did well with how they organised it all.”

The duo play weekend stablefords together now and then but are sure to mix up their playing groups “so we don’t annoy each other”.

However joining forces in the competitive arena in recent years was a highlight for both.

“We played in the same pennant team together a couple of years ago for the first time which was a buzz.”

However, the boys are sure to leave the clubs behind when it comes to family vacations.

“My wife and daughter don’t play golf so usually if we go on holidays we’ll generally leave the golf clubs behind and do the family stuff,” Rod said.