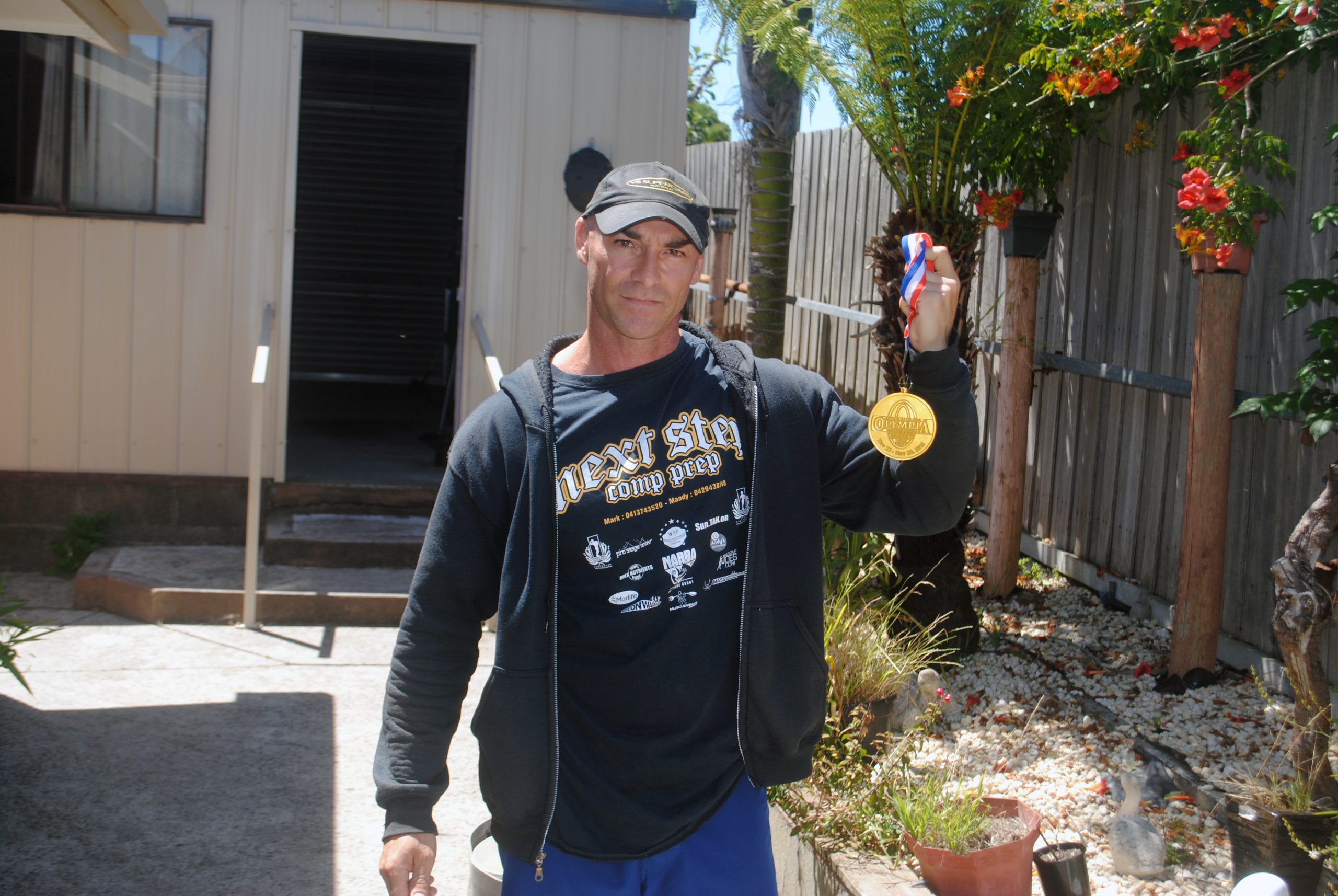 CLEAN eating and exercising twice a day has paid off for a former Moe resident who was recently awarded the title of 2015 amateur bodybuilding champion.

Maurizio Manduci, born and bred in Moe but now residing in Surfers Paradise, Queensland, received the honour in late November after competing in the 2015 International Federation Bodybuilding Amateur Olympia.

It’s an accomplishment the 46 year-old still can not believe.

“(Winning) really is the icing on the cake.”

Having trained at a Moe gym before he left the Valley in 1996, Manduci’s success was a long time coming and involved eating clean throughout the year and exercising twice a day – weights in the morning, cardio in the evening – with his ‘rest day’ consisting of just cardio.

But the hard work soon began to pay off with Manduci winning a string of local competitions including the Queensland title in 2013.

He can also add the 2015 IFBB Australian Championship title to his list, as he automatically won the title when he took home the Amateur Olympia honour.

“It’s more of a lifestyle,” Manduci said of bodybuilding.

Such is the lifestyle of the competitor, Manduci did not let his training and diet completely slip over the Christmas period.

“I still train every day but I’m not dieting,” he said.

Assessed at November’s competition by a panel of international judges, Manduci was evaluated on his body’s symmetry, hardness and muscle tone.

“The more body fat you lose the bigger you look,” he said.

“Symmetry is probably the big one; you’ve got to be even. If you’re big in the body but not in the legs you won’t win.”

Winning the event made Manduci eligible for the world titles but a haematoma had him unable to train.

Still he is determined to return next year to defend his title.