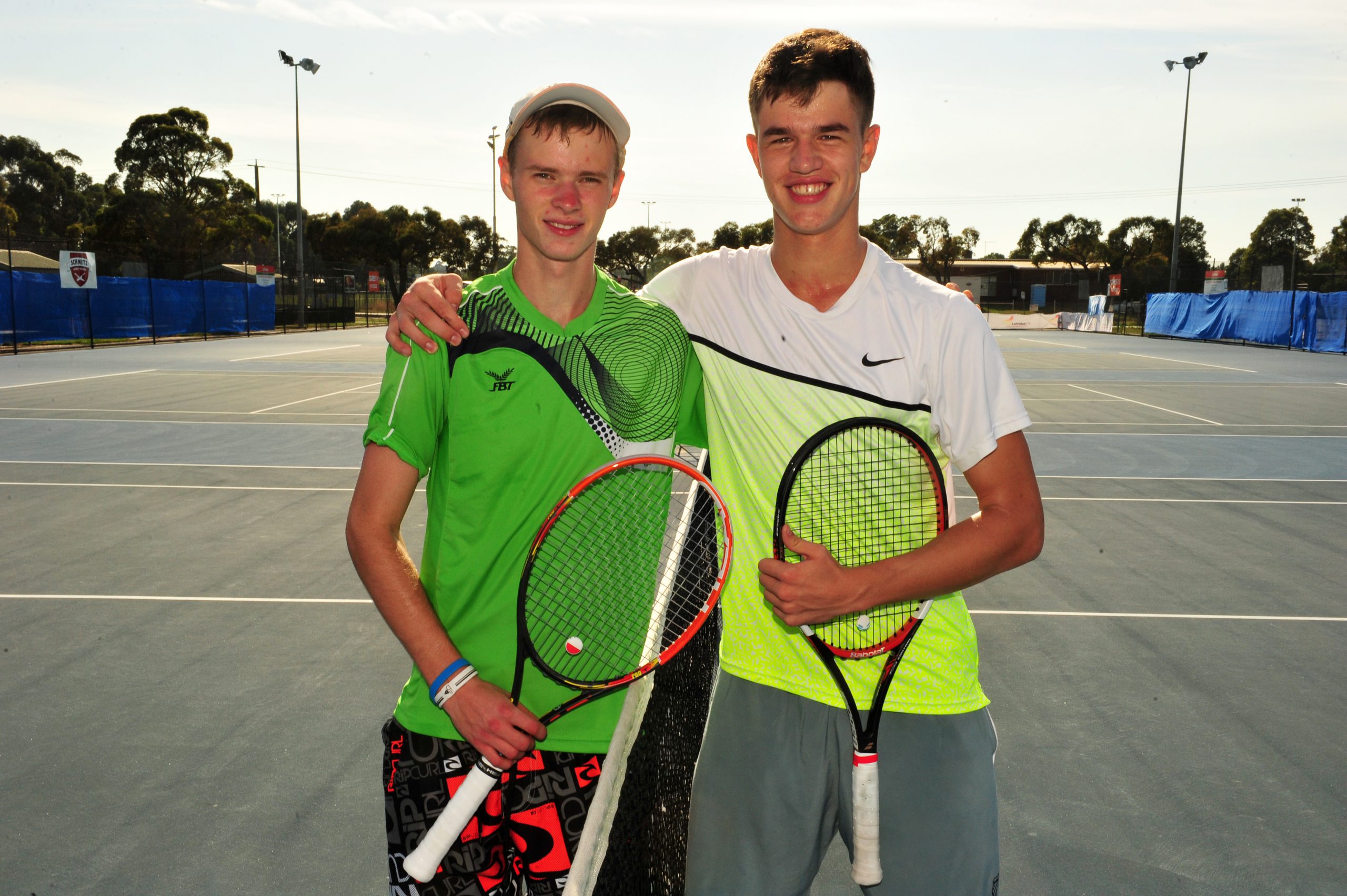 AS the mercury soars and things get a bit sweaty this week, spare a thought for Lev Kazakov and Robert Wrzesinski.

The Russian and Lithuanian have travelled across the globe to contest the grade one ITF Junior International in Traralgon, leaving minus 30 degree temperatures behind to play tennis in 30 plus.

The 17 year-olds arrived early this week to acclimatise but found the initial shock to the system quickly gave way to a fondness for conditions.

“I came from my home city in the middle of Russia and it’s pretty cold there, so I need some time to prepare for the tournament… right now it’s minus 30 (there) and here it’s plus 30, so it’s a big difference,” Lev, visiting Australia for the first time, said.

“I love this country, it’s much better than Russia, to be honest.

“We were here for one full day (on Monday) and we enjoyed a barbecue in the backyard of the house we rent here, the (weather) is perfect here.”

Fresh from victory at the Pune grade three ITF in India last month, Robert too had to adjust from his training conditions back home.

“I came here from Lithuania and it’s also cold there, minus 20-25, it’s also my first tournament this season so I’ll try to do my best,” he said.

“The first day was tough but now it’s much better, it’s okay.”

Both Europeans are ranked among the top 100 juniors in the world, with Lev at 60 and Robert at 78.

Despite copious experience on the international circuit – Lev played qualifying at the US Open in 2015 and Robert played in excess of 22 tournaments abroad – neither is taking anything for granted when the main draw begins on Saturday.

“We’ll see in one week how we go. It’s going to be very tough for us. We have pretty high rankings but this tournament is all the best junior players who come here to compete and show their best,” Lev said.

Robert too was excited at the prospect of a grade one event.

“It’s my first time to compete in a tournament like this one or an Australian Open, so I’m just happy to be taking part in it and I hope to do my best,” he said.

The pair, who have known each other for the past two years, will also partner up for doubles in Traralgon.

While friends off the court, Lev fondly calls Robert “the Russian boy” as he speaks his native tongue, one can never get too close to a contemporary on the tour.

“In tennis you don’t have that best friend, because at some point you have to play your best friend,” Lev said.

“I was in that situation, I was playing another Russian guy who was my best friend… it’s not the best thing.

“I consider he’s my friend… but I can’t say some things about my character or share my thoughts because he can use that against me in singles.”

Opportunities to travel for tennis are limited to the summer months for Lev, owing to school commitments, but it’s a facet of the sport he enjoys immensely.

Now in his final year of ITF eligibility, he’s soaking up every moment.

“Travelling around the world broadens your mind and usually you meet a lot of new people, seeing a different culture,” Lev said.

“For example it’s my first time in Australia and it’s a mix of cultures.

“You like to barbecue as I saw, in every house you have a barbecue, you have ocean here and everybody is so relaxed and very friendly, I’ve never seen so many people so friendly to you and it’s nice, I really enjoy it.”

With names such as Roger Federer, Jo-Wilfried Tsonga and Richard Gasquet having come through Traralgon’s junior international in the past, the boys recognise the opportunity performing well here can do for their future careers in the senior ranks.

“I just want to play my best tennis because it’s a big tournament and it’s a big opportunity to show what you can do, what your abilities are and probably some sponsors or coaches could see me and (help me) rise to the next level,” Lev said.

The boys will begin their singles campaigns this weekend, with the main draw set to kick off on Saturday at the Traralgon Tennis Association complex.

Entry is free for spectators.