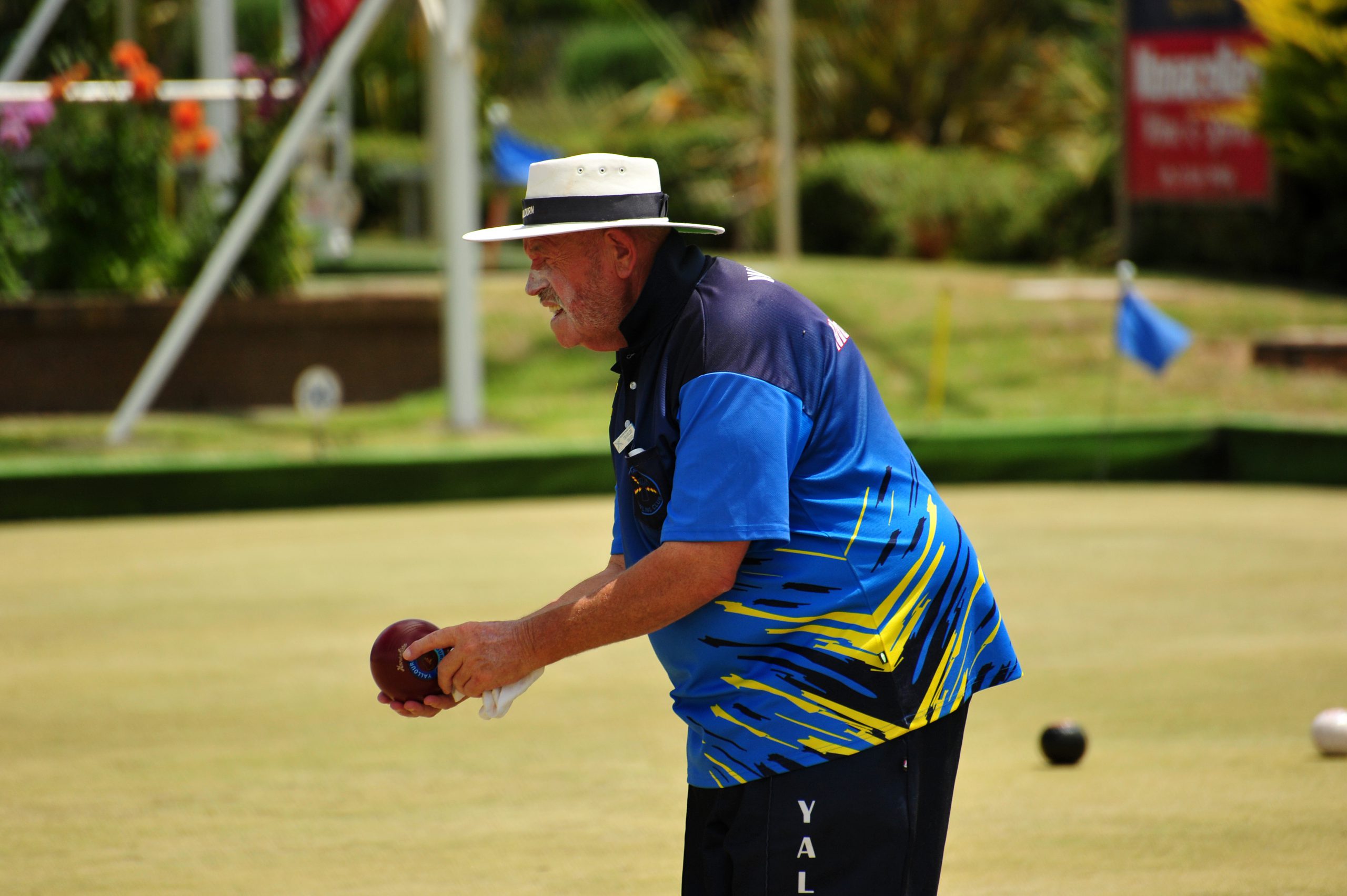 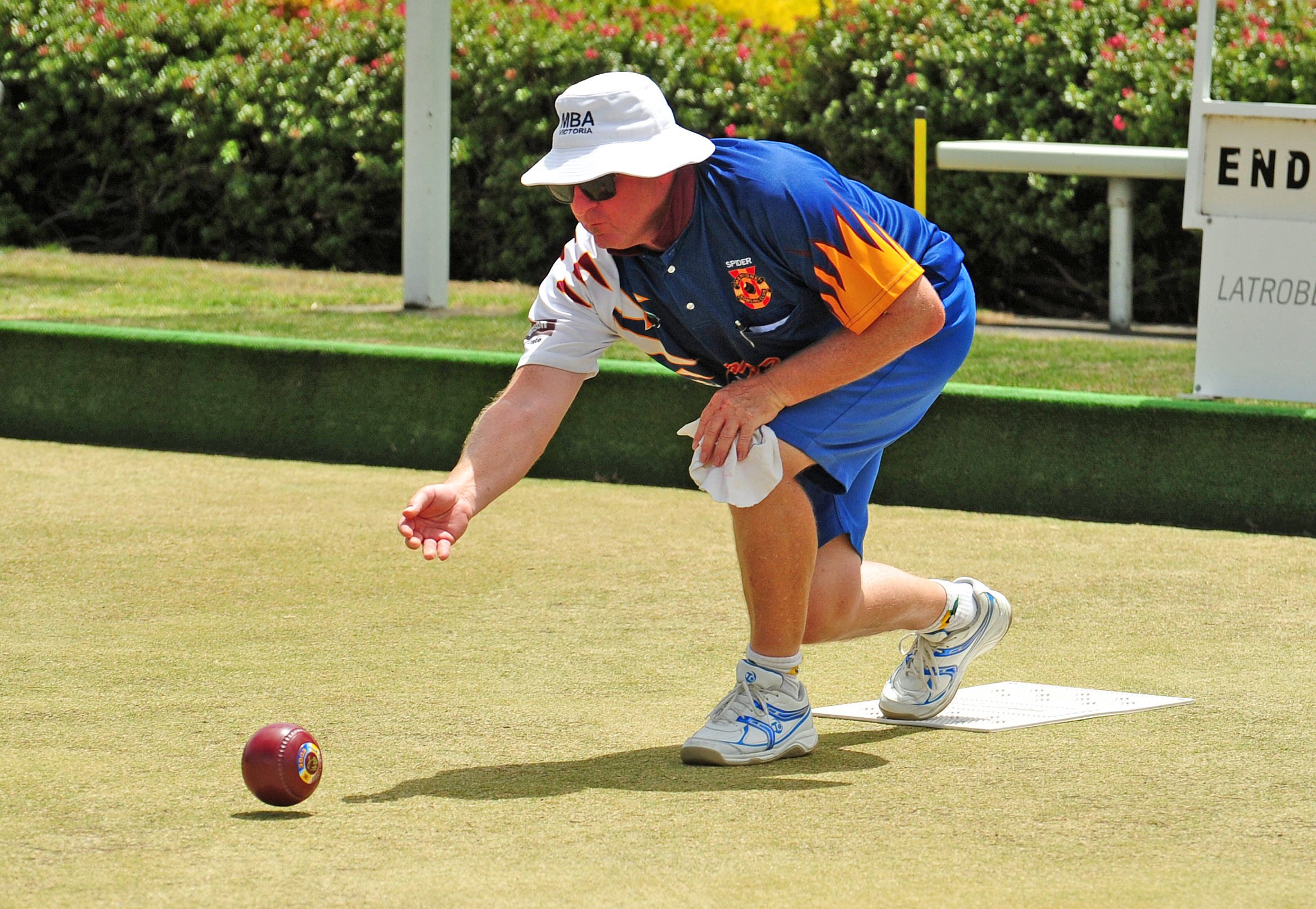 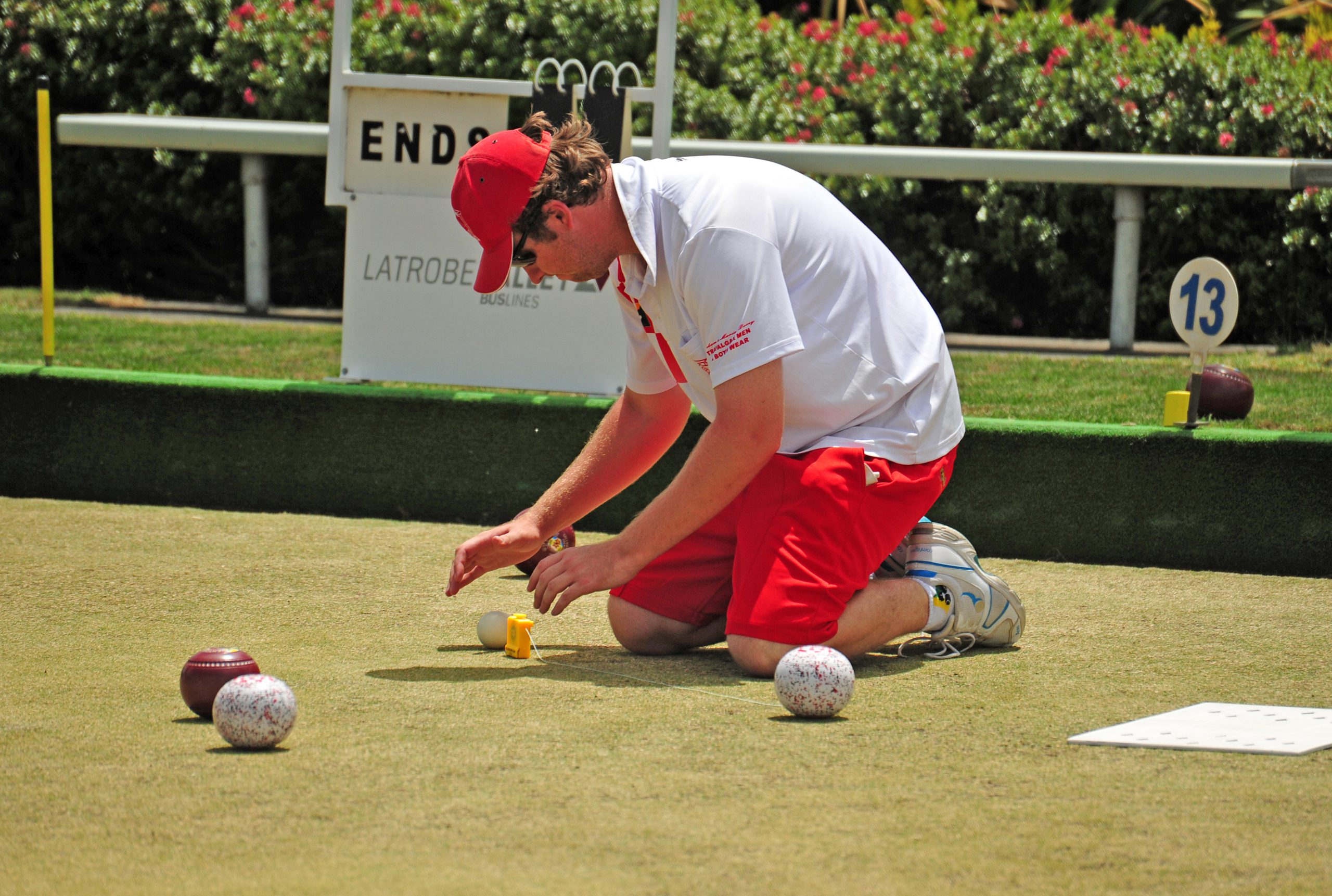 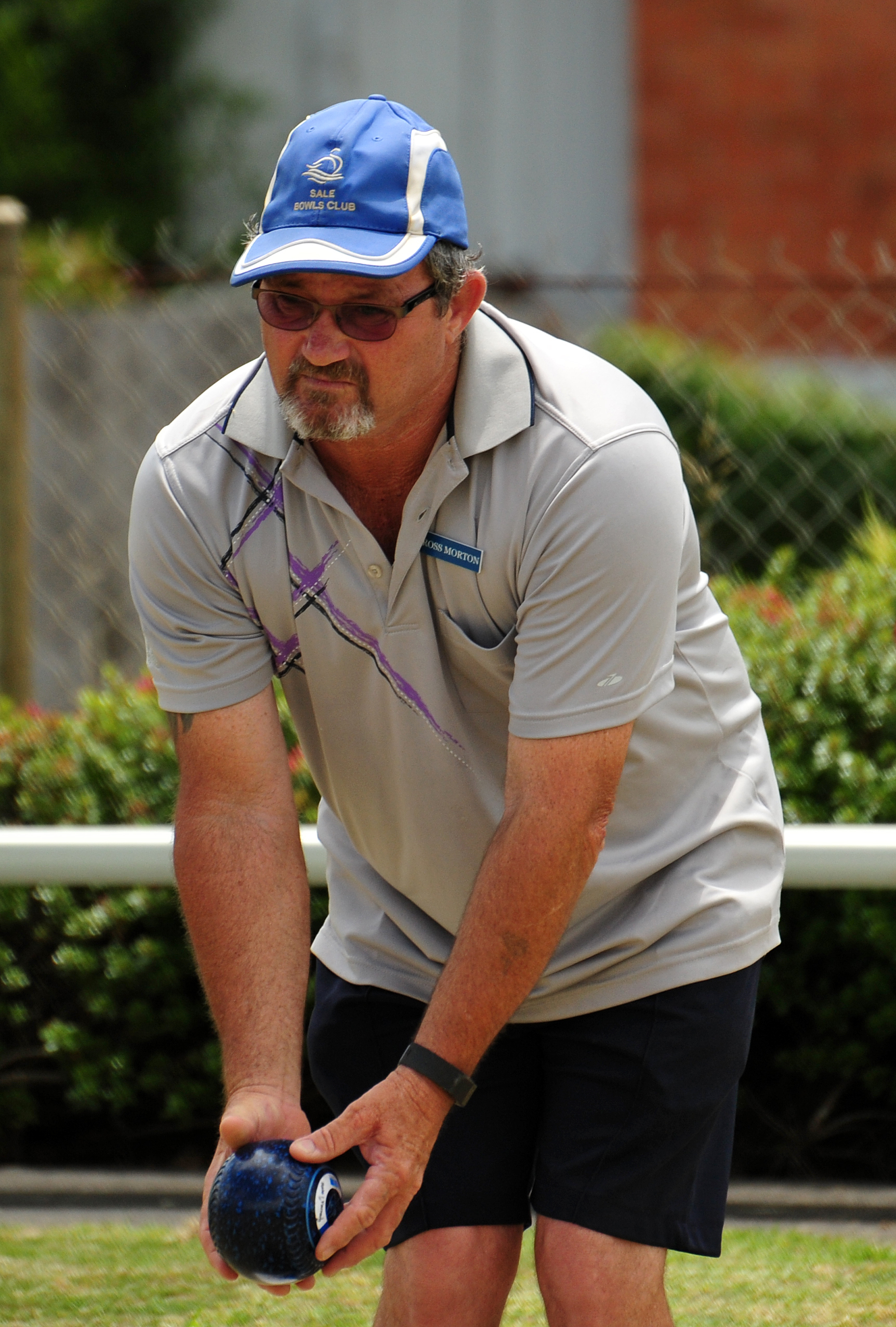 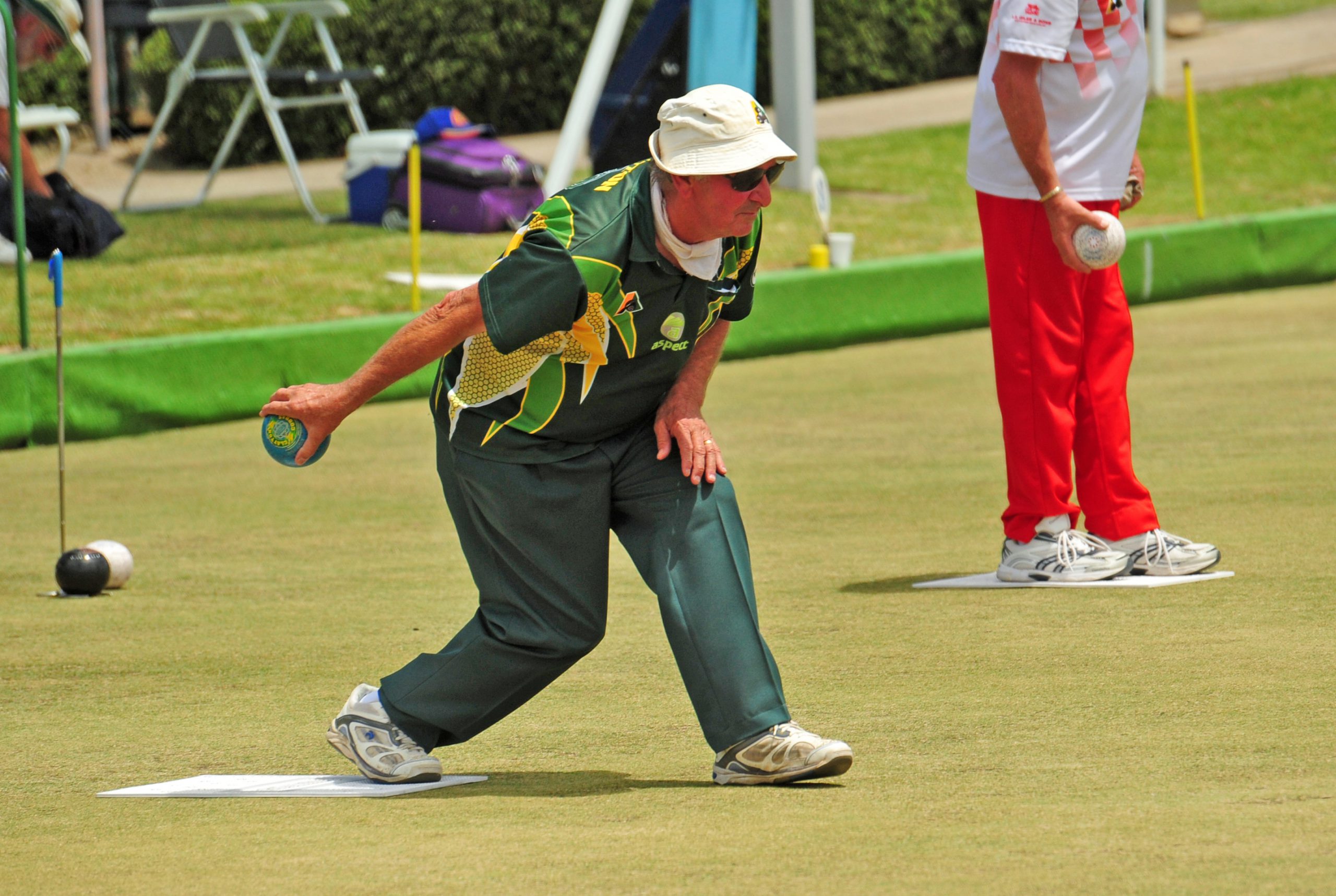 A HOT start to the 19th Yallourn Classic Singles lawn bowls tournament was matched only by the sizzling action on the greens this week.

Monday’s first round of sectional play was keenly contested by 54 hopefuls looking to advance to yesterday’s knockout phase in pursuit of Tier 3 Bowls Australia ranking points and a piece of the $12,020 purse.

Negotiating the heat with aplomb, Mentone’s Graham “Spider” Everett was the first man through his section after dislodging Trafalgar’s Tom Lodge in his second rink, ensuring he was out of the heat before 3pm.

“I’m pretty happy about that… it’s quite a challenge here, there’s lots of good players… from interstate and the local players,” Everett said.

“It is a little uncomfortable (the heat), it’s quite draining and I’m suffering a bit of dehydration despite what I’ve drank for the day.

“A good shower after the game and a gallon of water… that’s the only way I can rehydrate.”

Everett is contesting his fourth Yallourn Classic, with his best effort a semi-final finish where he lost to celebrated coach and Kew bowler Garry Ball.

He lauded the event and said it was a prime opportunity to step up against some of the best in the business.

“The lunches are great, and that’s always very important, but the challenge of playing against the better bowlers is what you’re chasing.”

The developing heat during the day was a worry for some, however Michael Chittenden (Burwood District) was not bothered upon his return to the event after a few years and recorded a strong win after a series of long, competitive games.

Sale’s Jan Morton was the only woman to win through after surviving a tough game with former champion and host club player Charlie Ward to take out her section.

There were only two sections with all players winning one match. In the first, former winner Tony Schiavello (Bundoora RSL) was unable to replicate his victory in the heat of two years prior to be edged out by Graeme Rodgers (Beaumaris) and Richard Gale (MCC Kew Sports).

Gale, a former coach of the Indian Bowls side, narrowly won the section as he clawed back a large deficit to advance by countback and remind people of the motto “win by a lot and lose by a little” for sectional play.

Barry Daley was the only local to sneak through with a last gasp victory over Bruce Richards (Brighton).

Daley has been in fine form and took out a significant tournament at the weekend at Yarram in a team with his good friend Phil Burns (Tura Beach, New South Wales).

Other Gippslanders to win through were the Traralgon duo of Geoff Cole and Laurence Melhuish alongside the Yarram pair of Dennis O’Keefe and Bruce Penney.

Despite the loss, Flapper said he would be back next year. Defending champion Brendon Baker almost followed suit but fended off Brad Lancaster (Lakes Entrance) 25-24 in his final match to advance by one shot.

Former world number one Malaysian gun Safuan Said advanced late on Tuesday as did inaugural winner Neville Brown (Heathmont). The results of yesterday’s knockout rounds were not known at the time of going to print.

The semi-finals will be staged this morning, with the grand final to take place from 1pm. Spectators are welcome at the Yallourn Bowling Club on the corner of Monash and Coach Roads, Newborough where admission is free.