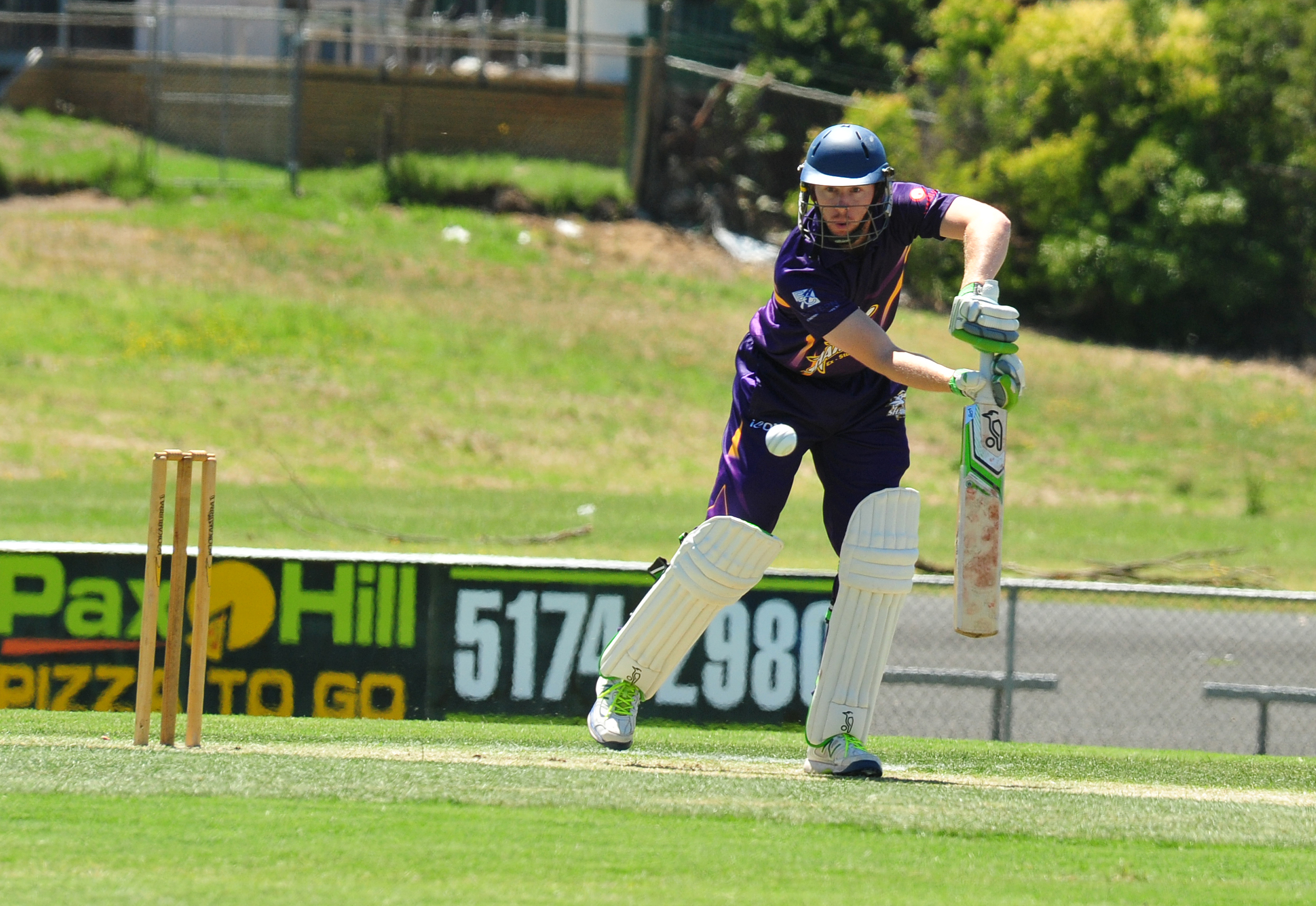 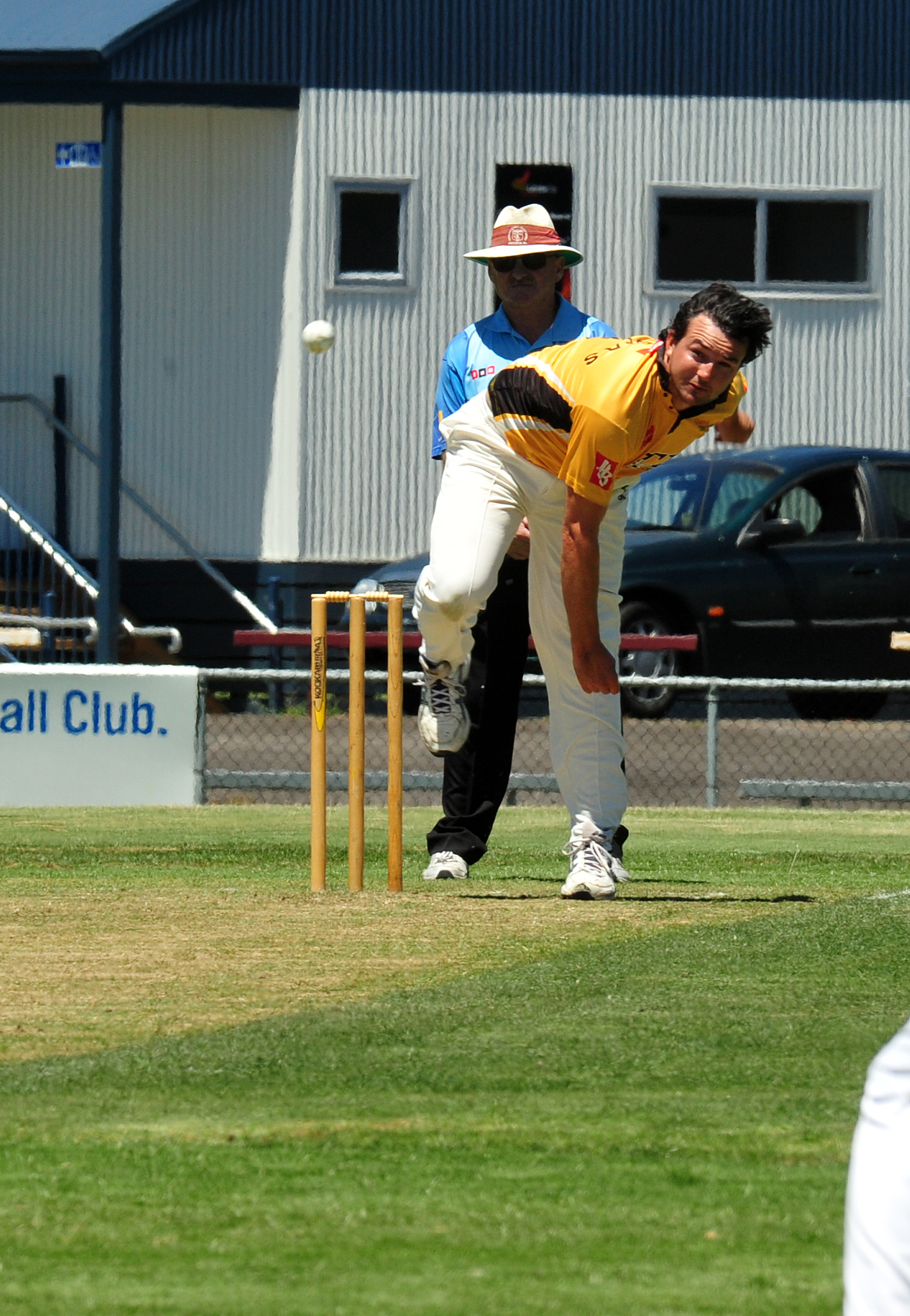 GORMANDALE and MTY Raiders all but assured themselves top two positions on the Traralgon and district cricket ladder with wins in round nine.

Just behind the leading pack is Centrals which, on the back of a five-wicket haul from Corey Petersen, leapfrogged Ex Students to move into third.

A gigantic clash of the heavyweights began with the Sharks electing to bat first on a challenging pitch.

After withstanding the early onslaught the first wicket fell at 15 when Mitch Membrey went for six.

The big wicket of Jordan Gilmore followed soon after for six and when Jackson McMahon was removed for 13 Students were 3/69.

With star opener Greg Munro still at the crease the Sharks were still capable of a competitive score on a tough batting track.

Munro top scored with 33, but extras was his primary support act with 31.

Michael Stockdale showed some fight at the end with 25 as the Sharks scrambled to 136 all out.

Raiders were in big trouble early when they lost Mick Higgins (4), Jason Macfarlane (0) and Liam Maynard (1) to be 3/31.

Knowles strode to the crease and was fantastic with a match winning 60 not out, including a six over the Traralgon Recreation Reserve social rooms.

Mat Dyke was also superb with 47 not out as Raiders passed the score to post 3/138 off 36 overs declared. Andy Mathews was the only wicket taker with 3/20.

CATS batted first and immediately encountered trouble as the batsmen failed again to leave the side reeling at 5/17.

Tim Derham and Callum Stewart both grinded away for 18 before CATS were dismissed for 86 in the 44th over.

Four Tigers bowlers were on top with two wickets each, while wicket-keeper Kade Joske had a day out with six catches.

It seemed this clash was a bowlers game when the Tigers slumped to 4/43, but a splendid partnership of 28 between Rob Darby (21) and Conner Little (17) took the score to 71.

Will Cheatley then blasted twin sixes and the Tigers were home, declaring at 8/99 from 37 overs.

CHURCHILL would have been satisfied with its total of 9/163 batting first.

Chris Williams (42) and Ben Kearns (44) put on 83 for the opening stand, before Joe Whykes batted well in the middle order with 32.

Glengarry started the run chase in great fashion as Sam Marks (29) and the in-form Frank Marks (53) put on 90.

From then it was all the Magpies as Ben Marks (44*) took the team home four wickets down for 166.

CENTRALS was in strife early against Rovers when Chris Dunn was out for nought.

The Centrals bats then got stuck into the task at hand and ground away to a strong total of 9/207.

Corey Pollard top scored with a super 53, run machine Mark Rawson made 44, while Steve Hazelman got 33.

Fazz Hasan claimed 2/29 to be best of the Rovers bowlers.

The Centrals bowling was too much for the struggling Rovers side and it was all out for 91.

Dougal Williams showed great maturity with an unbroken 39 to be top scorer.

The star for Centrals was 17 year-old Corey Petersen with his first five-wicket haul in A grade, taking 5/28.

THE Rams took to the crease first and made a useful total of 7/191.

Leading the batting was Michael Dunn with a handy 79, Jase Veneman got 32, while Tom Shippen chipped in with 41.

The West would have been quietly confident of causing the upset but after some solid starts were dismissed for 156 in the 42nd over.

Tim Fitch top scored with 46, Tim Howe made 21, Rob McGregor got 19 while extras boosted the total with 26.

Tim Dunn was the standout for the Rams, taking 5/41.