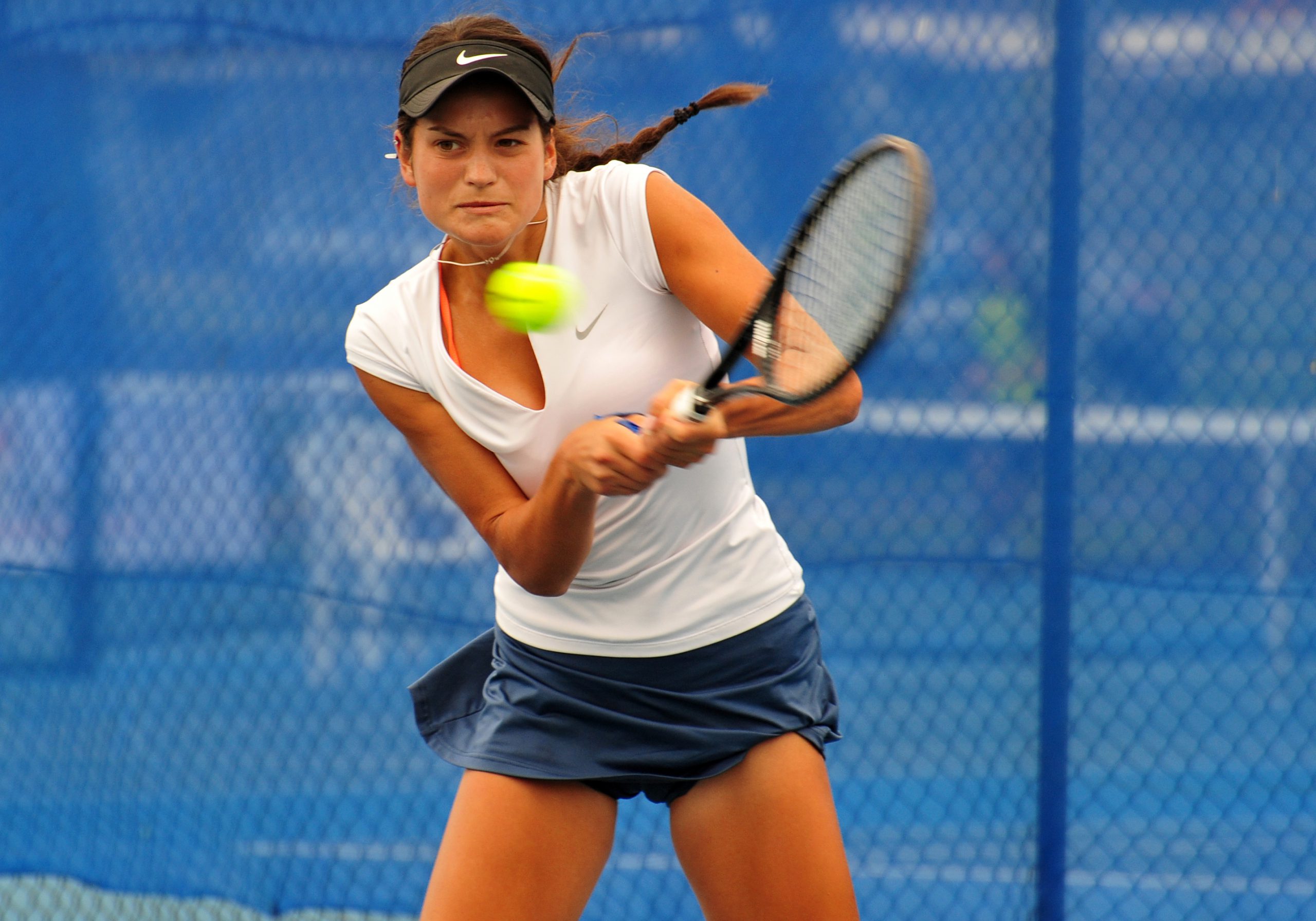 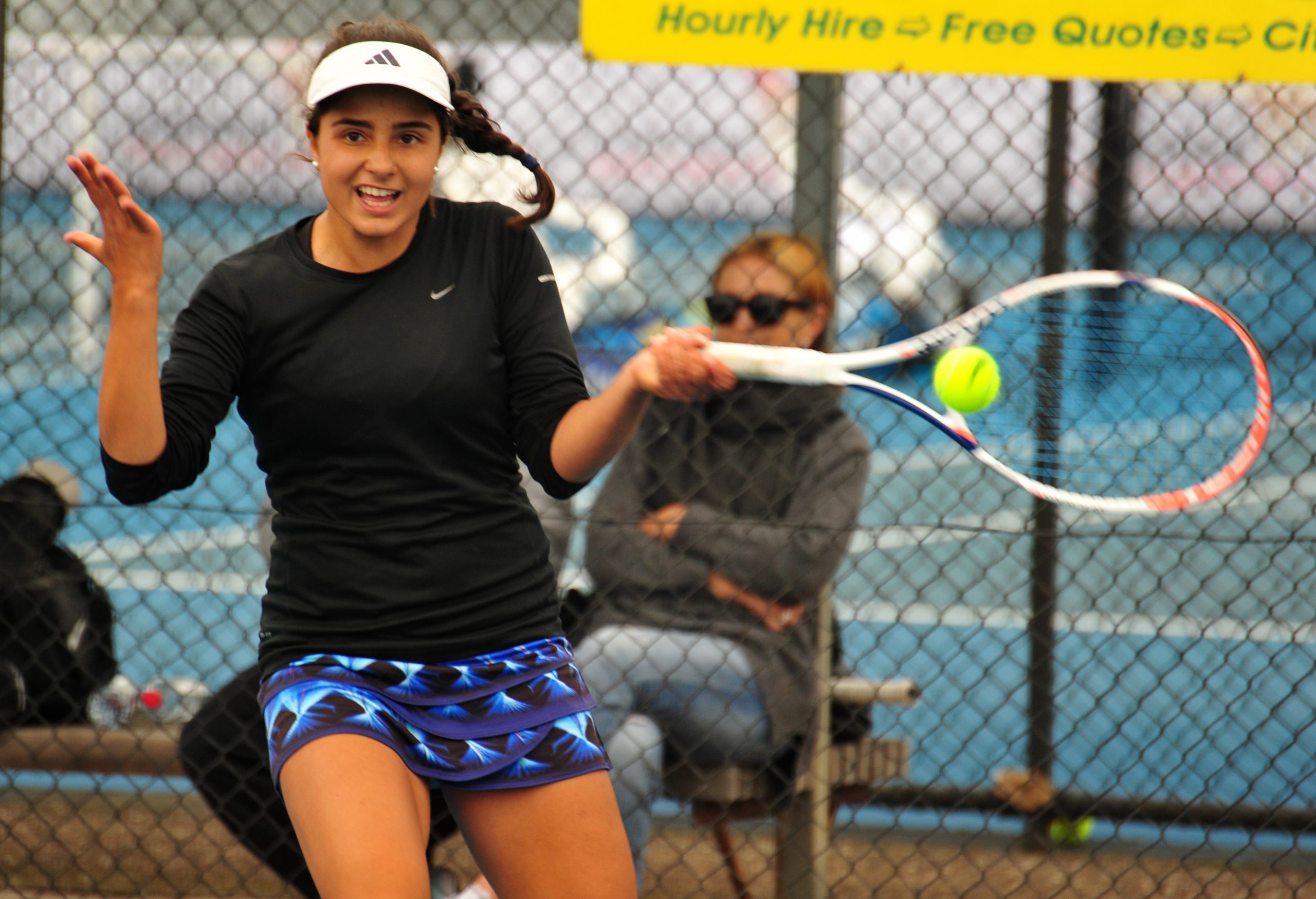 The host club hopefuls bowed out in round one of qualifying, but gave their fancied opponents a hostile reception.

Kristen put up a brave fight against China’s Kiyu Wang, but eventually succumbed to her higher-ranked opponent 2-6, 1-6.

Despite a difference of 1446 in ranking, Josh gave fellow Australian Michael Cummings a fright in two tight sets. After dropping the first 4-6 Josh forced a tie-break in the second, but narrowly lost 6-7(6).

Charlton won his first round doubles match alongside Chase Ferguson and remains live in the draw. At 15 years of age both local players have another two years of eligibility to play the tournament.

The main draw has already provided some surprises since its Saturday start.

Boys’ number one seed Mate Valkusz was forced to retire from his first round match with a shoulder injury, allowing Canadian Jack Lin – who claimed the first set of their tie 7-5 – to walk into the second round.

Canadian number one girls’ seed Bianca Andreescu had an impressive 6-2 6-3 win in her first round match against Jia Ren from China and cruised through her second round 6-1, 6-1 yesterday.

Fellow Canadian and defending champion in Traralgon Katherine Sebov is also still alive after knocking over Phillis Vanenburg of the Netherlands 6-2, 6-3.

The action continues today at the Traralgon tennis complex with free entry for spectators.