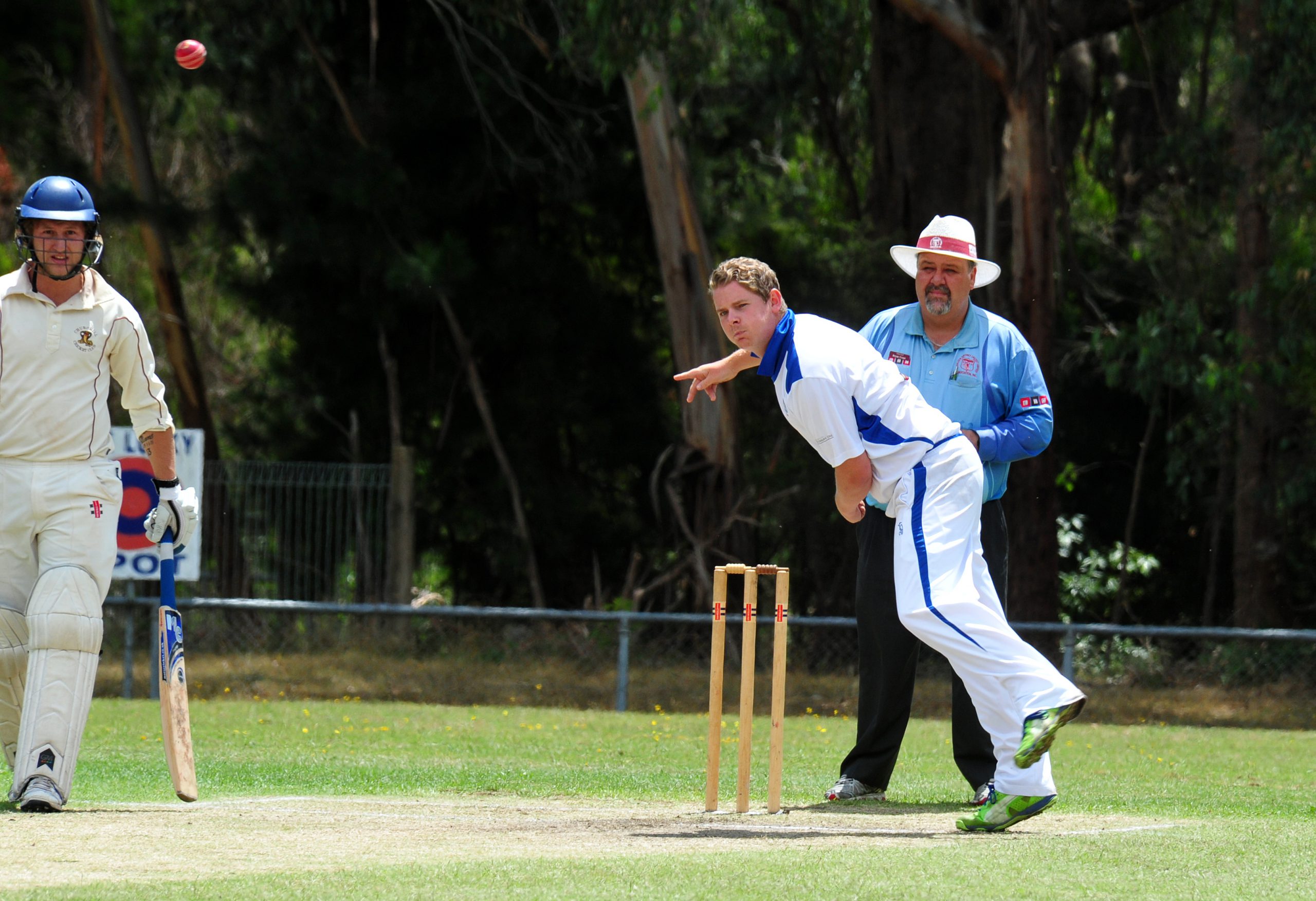 ONLY three rounds remain in Traralgon and district cricket and the top four could already be set, unless a couple of upsets happen.

Based on past results this season there may be a few twists in the tale yet.

THE match of the round will pit the Tigers against the Lions.

Gormandale’s last wicket win over Raiders all but secured top spot but the ladder leader will not underestimate the wounded Lions.

Kent Hammond, Brad Wadlan and Shaun Barbour will be crucial in the game.

Centrals will be sweating on other results as they need to produce an upset to keep their finals hopes alive.

The failure of their batsmen last week to score 105 severely dented their aspirations.

FRESH from the bye the Rams will be keen to upset cross town rival, Glengarry.

Already out of finals contention, Toongabbie will be hoping Tim Dunn and Tom Shippen can put pressure on Glengarry’s batsmen.

The reigning premier is back in form with Frank Marks and Hayden Ross-Schultz leading the way with match-winning performances.

Last week’s outright over Traralgon West put the Magpies back in the four and they will not be keen to relinquish their spot.

LAST round’s nail-biting win could be just what the doctor ordered for Ex Students as they resurrected their premiership assault and consolidated a spot in the four.

Rob Voss was back to his best last week and Greg Munro will be keen to produce a big innings and should be seeing them well after Country Week duties. Fatigue could be a factor for the Sharks with four players potentially backing up from the representative carnival.

Imperials had a win against Rovers and will be pumped to cause a massive upset in this clash.

CATS will be hoping their slim finals hopes are still alive and will push for maximum points against the West.

Needing a miracle to play finals, CATS will be looking to Stephen Morgan and Callum Stewart to do everything in their power to keep the flame alive. The West will battle hard and hope that Tim Fitch and Brenton Howe can have big games.

CHURCHILL will be hoping Brad Knowles is worn out after Country Week when it faces MTY Raiders this weekend.

After a disappointing season the Cobras have blooded some talented younger players.

Nic Duncan, Joe Whykes and Riley Flanigan have been solid.

Raiders have a talented all round side with Liam Maynard, Matt Dyke and Dave Embleton in good touch.